Following the outcome of primary elections across the parties in late 2018, anxieties began to mount over an imminent implosion in our dear state, Imo, should either of the governorship candidates of the All Progressives Congress (APC) or the Action Alliance (AA) eventually emerge as governor in the general elections. The two parties had as their governorship candidates indigenes of Orlu zone, in the persons of Senator Hope Uzodimma and Mr. Uche Nwosu. Uzodimma was highly rated as likely to emerge chiefly on account of his potential backing by the APC’s federal might. Nwosu was being sponsored by the state governor who is also his father-in-law, and who was said to have amassed a war chest of a quantom never known before in electoral contests in this part of the world.

Thus, against the backdrop of the protracted agitation by the people of Owerri zone for the office of the governor to be ceded to it, coupled with a general resentment of what appeared to be a monopolization of the office by Orlu zone, tension mounted in the state. Matters were not helped by the posturing of some elements in Okigwe zone who similarly argued that the zone should be allowed to do another four years on the seat, on the basis that the tenure of His Excellency, Chief Ikedi Ohakim, was prematurely aborted in 2011. From that zone emerged at least two strong governorship candidates, Ohakim and Senator Ifeanyi Araraume.

Although Owerri zone threw up the highest number of candidates, that of the Peoples Democratic Party (PDP), Hon Emeka Ihedioha, became the focal point. That decision by a majority of the people of Owerri zone to back Ihedioha was deliberate and calculated; predicated on the latter’s track record of performance, steadfastness and honesty. They were also encouraged by the peace and tranquility that reigned in the PDP which was the only party that conducted its primaries without rancor, a thing several pundits attributed to the maturity Ihedioha himself brought into the contest (primary election) which he won.

Support for Ihedioha transcended his native Owerri zone. From Orlu came strong backing from well-meaning stakeholders in the area, who, apart from agreeing with the Owerri zone aspiration, saw in him, qualities that set him aside as the most promising candidate state-wide. From Okigwe zone, where several leaders refused to be sold on the extra four-year mantra, support for the Owerri zone agitation heightened once Chukwuemeka Ihedioha emerged as a candidate.

Ihedioha’s candidacy became a pan-Imo project. His party was the only one that was not bedeviled by a post-primary crisis. That was a huge attraction for the generality of the people of the state who expressed open resentment to the deep rancor that enveloped the other parties. In the All Progressives Grand Alliance (APGA), for example, not a few Imolites were contemptuous of the way the party went about selecting its governorship candidate.

In the APC, the big fight that ensued between Governor Okorocha and Hope Uzodimma gave an early inkling that the latter was going to be vulnerable, more so with the type of tactics the national leadership of the party went about the Imo affair. Not even in the AA was there any harmony. Up till this moment, there is still a court case between Nwosu and one Okoletie over the party’s governorship candidate.

It was this instability and indeed rascality among members and leaders in the other three major parties that constituted the second reason for the massive preference for the PDP and its candidate among a great majority of Imolites. At a point, neither APC’s fabled federal might nor AA’s rumored war chest appeared capable of reducing, even by one inch, the attachment of a majority of the Imo electorate to Ihedioha and his party. The message was simple: Imolites were not ready to vote for APC, no matter how invincible its candidate might be, because of the manner Governor Okorocha handled the affairs of the state. His administration was characterized by gross political miscalculations anchored on nepotism, high handedness and arbitrariness. Consequently, the people resolved not to have anything to do with any governorship candidate sponsored by Okorocha, no matter how pious or innocent he or she might be. In other words, apart from the fact that Nwosu is Okorocha son-in-law, the mere thought of him taking over was too grave to contemplate, despite the rumoured billions of Naira the governor had put aside for the project.

I was accosted several times by journalists to comment on the matter of Owerri zone and its aspirations, vis-à-vis the apparent fear that Orlu, where I come from, may grab the position once again. And my response was always that as far as I was concerned, the fact that my party, the PDP, had chosen its candidate from Owerri zone, more so one of the caliber of Hon. Ihedioha, put the matter to rest. I always stated that I was certain that Ihedioha had the capacity to defeat the other candidates regardless of their fabled connections and financial leverage and that as such, it would be superfluous to dwell on the threats of an imaginary crisis.

My belief in his candidacy was predicated on the pragmatic way he went about his gubernatorial bid. As a party man, I had to work with my party’s candidate but I must confess that in all my political career, I had never been so enthused about a governorship candidate as I was with Ihedioha. I noticed that he still manifested a great zeal for his ambition regardless of the disappointments of 2015. Indeed, he showed uncommon charisma when, even before the commencement of the 2019 electioneering campaigns, he reached out to those who, in one way or the other, worked against the 2015 project whether in or outside the party. He visited every nook and cranny of the state. He went to the people in their homes and, in the very language they understand, explained to them his plans for recovering and rebuilding the state. He unveiled an integrated developmental agenda for ushering in a new and greater Imo and the highly knowledgeable and sophisticated electorate believed him.

The former deputy speaker of the House of Representatives has this priestly disposition that is at once stern and giving the beholder an assurance that what he says he will do. Little wonder the catch phrase of his campaign was, “My Word, My Bond”. Perhaps nothing else illustrates this tenet more than the resilience and steadfastness he showed to the PDP faithful in the state during the leadership crisis that nearly led to the death of the party.

The crisis that rocked the PDP was a national one but Imo state was the very epitome of it, to the extent that up till now, political scientists are still at a loss as to how the state chapter that once had as many as five different factions, each with its own executive, could eventually come together again under one umbrella and go ahead to reclaim power in the fiercest political contest ever witnessed in the history of the entire country; thanks to the resilience, honesty and exemplary leadership of Ihedioha and a few others who believed in him.

The PDP, under Ihedioha, has resolved one issue that the state has been confronted with for more than 20 years, namely, how to implement the Imo Charter of Equity in respect of the office of the governor of the state. Incidentally, it was during the period I was running for the office in 1998 that Imo leaders across the state came up with the idea. Unfortunately, we got stuck with it in 2011 under circumstances that are perhaps too well known. I think it is sufficient to state that I am certain that Imo will be rebranded and taken to greater heights under Ihedioha. I can imagine the future of our dear state. 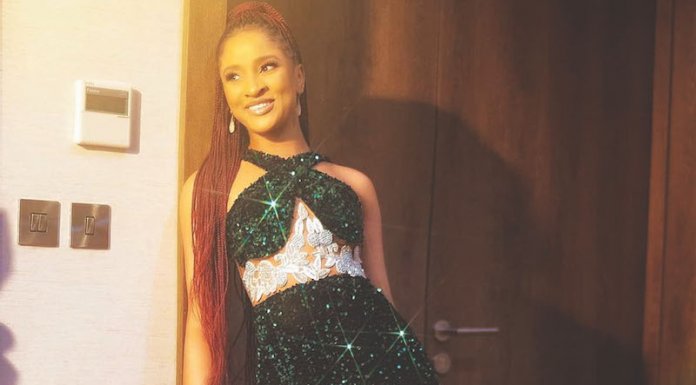