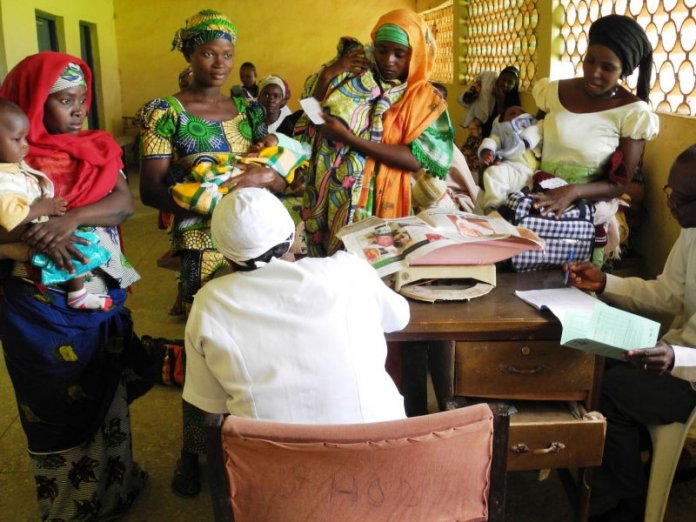 The Ogun State Government has commended the Nigerian Gas Company (NGC) for building two basic healthcare centres for the people of ltoki and Iyare communities, both in Ifo and Sagamu Local Government Areas of the state.

The Secretary to Ogun State Government (SSG), Taiwo Adeoluwa, gave the commendation at the official inauguration and handing over of an ultramodern 20-bed Basic Health Centre to Itoki community.

Adeoluwa, who was represented by one Bunmi Osifeso, said the donations showed that Ogun State was the most secured state in the country to do business.

While calling on other multinational oil companies to emulate NGC, the SSG stressed that the state government under the administration of Ibukunle Amosun was highly committed to providing quality healthcare services to the people of the state.

He said, “It is very heartwarming to say NGC did its needs analysis very well before it embarked on these projects. We have recognised that the ambience for businesses to strive is paramount.

“We are not relenting in ensuring that we continue to create the right environment for businesses to strive in the state.”

The Managing Director of NGC, Mr Babatunde Bakare called on the people to protect the healthcare facilities so that their children’s children will benefit from it.

Bakare, who was represented by the NGC General Manager, Support Services, Mrs Mariam Emmanel-Ate, said that NGC would continue to solicit the community’s co-operation and assistance of peace and support for its business growth.
“As a responsive company, NGC remains committed to developing a robust and sustainable relationship with its over 350 host communities in the country to enhance business growth,” Bakare said.

On his part, the monarch of Itoki community, Kolawale Adebesin, who also applauded NGC for the gesture, saying that throughout the globe health care delivery system was attracting greater attention adding that a healthy nation is a wealthy nation.

“We are proud to be associated with NNPC. We are also proud of the unquantifiable achievements of the corporation. We promise you, on our part, to ensure greater peace and friendship with your organisation.

“I am proud to say that the Basic Health Centre we are commissioning today is one of five of such in the entire county donated by NNPC. This is to indicate how we are taken to heart by NNPC. For this we are most grateful,” the monarch said.