Eighteen members of the Adamawa State House of Assembly out of 25 have signed to commence impeachment process against the outgoing governor of the state, Senator Mohammed Jibrila Bindow, and the Speaker, Alhaji Kabiru Mijinyawa.

Trouble started when the assembly reconvened on Tuesday from its one month recess, to consider a letter sent by the governor to the assembly, informing that he was proceeding on a two weeks leave abroad.

As soon as the letter was read on the floor of the house, the proceedings turned sour when several members questioned the propriety of the governor going on leave at a crucial period when he ought to stay in office to explain decisions that he took in the last four years.

The lawmakers also accused the governor of trying to abscond from office because of some alleged misconduct and corrupt practices his administration committed.

The situation, however, degenerated when the member representing Hong and Majority Leader, Hon, Hassan Barguma, accused the Speaker of being a stooge and over protecting the governor and requested him to step aside, so that an appropriate action can be taken on the governor.

The Speaker, with the assistance of the Sergeant at arms, however, quickly exited the chamber with the mace to stop them from going ahead with their plot.

According to a source close to the assembly, there was already plans to impeach the governor over fracas between him and forces in Abuja who were bent on disgracing him out of office before the expiration of his tenure.

However the deputy speaker, Lamsambani Dili, declined to comment on the impeachment moves but he said the assembly adjourned hurriedly because the management was preparing an induction course for newly elected members.

However, the Speaker of the assembly did not respond to question sent to him via text message, he only promised to get back to journalists in Yola , who were also awaiting the speaker’s response to the issue.

At the time of sending this report the speaker had not responded. 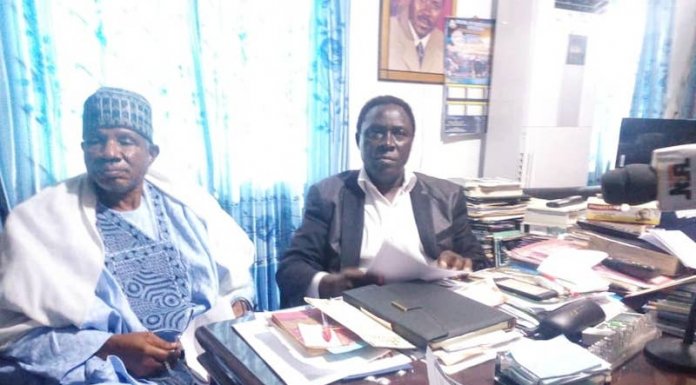