Nseobong Okon-Ekong writes that the Peoples Democratic Party, All Progressives Congress and the African Action Congress have been trading accusations over the decision of the Independent National Electoral Commission to resume suspended collation of the governorship and state house of assembly election results in the state

Rivers State has earned for itself the unfortunate reputation of a theatre of enduring violence, which increases in dubious proportions during political campaigning and on election days. It is arguable which seed forceful activities took root first. What is clear is that criminal activities have become attractive to many young persons in the state. From deploying dangerous weapons to aid their fight control of natural resources, particularly, oil, the state became a haven armed gangs that created little, but thriving fiefdoms and held her hostage. Wrestled to submission, the state government under Dr. Peter Odili began to engage the militants, but not from a position of strength. In many stances, the state turned a blind eye to these criminal gangs that engaged in illegal bunkering. As the violent mob grew in influence, government started to set aside huge sums of money, ostensibly to pacify them and to buy protection.

The pack of robbers were now emboldened to move from criminal activities like armed robbery and kidnapping to seek legitimacy. Since they were largely responsible for installing politicians into offices, after a while, the leadership of the gangs were not satisfied with just getting monies from politicians, they sought to represent the people themselves. A couple of them were quietly introduced into governance. The situation in Rivers was also obtainable in states like Delta and Bayelsa that shared a common history of militant struggle. However, the Late President Umaru Yar’Adua achieved a milestone breakthrough with rehabilitation of militants when he got them to renounce armed struggle in exchange for a presidential pardon and an opportunity to acquire useful skills. However, former President was said to have taken the rehabilitation effort to a new ridiculous level when he, for instance, conceded the nation’s maritime security to a reformed militant, Chief Government Ekpemupolo, better known as Tompolo.

While the situation in Bayelsa and Delta may have been moderated by the caliber of leaders in the states, Rivers State has consistently defied every attempt to get the warring parties to become modest. Every election year, the orgy of violence in the oil-rich state continues to reach alarming proportions. Long before political campaigns for the 2019 elections began, the tension in Rivers was already worrisome. The leading political parties, the Peoples Democratic Party (PDP) and the All Progressives Congress (APC) had taken hardline positions and were not willing to retrace their steps to find peace. Having prevailed over the immediate past governor of the state and now Minister of Transportation, Rotimi Amaechi, who was forced to quite to exit the PDP, Governor Nyesom Wike took full charge of the state and has left no one in doubt that Rivers State is in his firm grip.

Amaechi and the APC have put up a spirited fight to snatch the state from Wike. They may not have succeeded, so far because the APC has been unable to manage its own inconsistencies. The most telling blow the APC unwittingly dealt on itself is the refusal of the Senator Magnus Abe camp to shift ground and dialogue with Amaechi. This obstinacy cost the party its right to candidates in the 2019 national elections. Though he may not be held directly accountable, Wike was accused of being behind the troubles of the APC in Rivers, in order that he stands in good stead for re-election, having no challenge from a weak or non-existent opposition. The APC in Rivers has since openly aligned with the African Action Congress (AAC). It was under this arrangement that it went into the March 9 governorship elections, but it does not look like this is of much comfort.

The Rivers State governorship and state assembly election is the only unresolved matter of its kind by the Independent National Electoral Commission (INEC). All eyes are on INEC to see how it will resolve the electoral impasse. Expectedly, the PDP, APC and the AAC have been trading accusations over the matter. The elections were held, but crisis erupted during collation. INEC suspended collation, claiming that it had been disrupted. INEC later claimed that it will resume collation of results on April 2 and it will last till April 5. The commission’s fact finding committee reported that the polls have been concluded in 21 state constituencies and for governorship, INEC declared that results had been collated in 17 of 23 constituencies. But these constituencies were not mentioned.

But, PDP chairman Felix Obuah is hopeful that the resumed collation will result in the favour of his party. According to him, the PDP has the support of the people of Rivers State.

The situation in Rivers is assuming interesting angles with intervention of well-meaning persons and groups. Recently, thousands of Rivers people took to the streets to protest against what they see as INEC’s decision to halt the electoral process without credible and verifiable reasons.

Led by civil society groups who carried placards, some of which read, “We Want Awara”, the protesters swept through major routes in the capital city on their way to office of the Directorate of State Services, DSS.

Speaking to newsmen, Dr Jackson Omenazu, President of the International Society for Social Justice and Human Rights warned that Rivers State would degenerate into serious crisis if INEC continues with its manipulation of the electoral process.

“We call on Nigerians and INEC National Leadership to hold Obo Effanga responsible for any breakdown of law and order in Rivers State. A partisan electoral umpire is a catalyst to anarchy.

“The abuse of section 26 sub section (1) of the Electoral Act 2010 as amended, and the ignoble actions by the Rivers State REC must not go unpunished. When an agent of state (INEC) collaborates to undermine the State, such agent must be treated as felon”, Jackson Omenazu stressed.

He said prior to the suspension of the Rivers, “It is on record that only 7 LGAs have officially been announced by INEC Rivers State.”

“INEC has cited widespread violence and disruptions as reasons adduced for the suspension of the governorship and House of Assembly elections in Rivers State.

“Why is it that those who ochestrated the violence (as with the case of Obio/Akpor collation centre) were not reprimanded in the report of the INEC Fact Finding Committee?

He said INEC told a bewildered State five days after the suspension that it has 17 LGA election results in its custody already collated.

“In one breath elections were marred with widespread violence; in another breath 17 LGAs were already in their kitty”, he stressed.

According to him, the INEC claim suggests that 75% of the result has been collated in circumstances that are not convincing.

Jackson noted that due to INEC’s action, coupled with the delay weeks after the election to collate the results, Rivers people have developed doubts about the credibility of the results that INEC claims to have.

Across the State, an increasing number of angry natives reckon INEC is attempting to skew the outcome of the gubernatorial elections held on March 9.

Organisers of several processions billed for this week who belong to civil society groups stress that the wave of popular dissatisfaction which has greeted INEC’s intervention is growing by the day.

This, the organisers reveal, is why they have resolved to march through the streets of the state capital to register their protest.

The Director of Strategic Communications of the Tonye Cole Campaign, Mr. Tonye Princewill pointedly accused INEC of bias against his party in particular and the people of Rivers state in general. He said, “What the Independent National Electoral Commission (INEC) has shown in its attitude towards members of the All Progressives Congress (APC) in Rivers State (and the people of Rivers State in general) through the statement on March 15 was that the commission may not have been able to resist the allure of big money. Many of us said as much, but our allegation was dismissed. Now that people have heard from an institution with even more integrity, the biases of INEC and its underhand tactics have been laid bare for everyone to see.

INEC is not the first to succumb and will not be the last, but thanks to the current anti-corruption trend in the Buhari administration, the world is watching them dance naked in the market square. The recent terse statement made by the Nigerian Army exposed a wide gap in the relationship between the “independent” umpire and the security agencies. Coming from the same institution that supposedly provides a conducive environment to INEC, this is interesting. What is striking in the statement released by the Army is not that they simply dented INEC’s credibility, but that they called them out in a key aspect of their qualification that leaves them in tatters – their expected independence. How INEC recovers from this remains to be seen, but suffice to say that they can no longer speak with the freedom of the benefit of doubt they have been enjoying, from not only Nigerians but from the international community as well.” 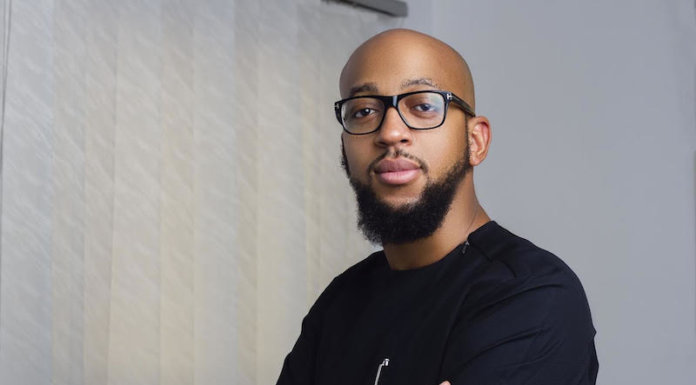