Rivers State Peoples Democratic Party (PDP) Campaign Council has taken a swipe at a report credited to some All Progressives Congress (APC) members under the name of “Concerned Leaders and Elders of Rivers State,” describing them as leaders without honour.

In a statement issued yesterday in Port Harcourt on behalf of the council, the Director of Information and Communications, Emma Okah, noted that the concerned elders failed the state at a time the people needed them most, to stand up for the truth and leave enduring legacies that future generations will be proud of.

According to the statement, Rivers people faced peculiar violence inflicted upon her by the APC during the 2019 elections and any Rivers person who does not see this unfortunate turn of events orchestrated to deny Rivers people the opportunity to freely choose their leaders is an enemy of the state and cannot profess love no matter how beautifully couched.

Okah said the concerned elders, without shame, are now appealing to President Muhammadu Buhari to salvage them by appointing a governor for them after they failed to win elections for the president and their beleaguered governorship candidate.

“Credible elders and leaders live beyond themselves and stand up to be counted in moments of truth. While the leadership of APC in the state was running hostile agenda against the state government and demarketing the state, these elders threw away their honour and looked the other way. They saw nothing; said nothing; and heard nothing. While one man was busy tearing the state APC apart, did these elders ask for peace and reconciliation of the warring factions? While a section of the APC was disobeying court orders and shutting down courts in Port Harcourt, did these elders speak up? As if that was not enough, while the problems of the APC in the state raged, did these elders advise against the subsequent adoption of a hitherto unknown party and governorship candidate to match the political war chest of Governor Nyesom Ezenwo Wike?,” Okah queried, pointing out that the president wants to be a statesman and will not allow himself to subvert the INEC and appoint an unknown governor who did not win one unit in the election to make the concerned dishonorable elders happy.

Concerning the role of the army and FSARS and loss of innocent persons who died as a result of army and FSARS undue interferences during the elections, it is a calamity that the concerned elders justified the excesses of these coercive institutions despite the havoc their involvement has caused in terms of human casualties in Rivers State.

“We are amused that “the concerned elders are only extending condolences to the families of those killed during the elections weeks after their death and when the APC plot to impose a governor on the people failed. How else can anyone describe hypocrisy and shedding of crocodile tears by concerned elders and leaders?”

On the state of the governorship elections in state, the council said it was embarrassed by the demand of the APC leaders whose party was not on the ballot that the president should stop INEC from carrying out its constitutional duty regarding Rivers State governorship and remaining House of Assembly elections.

editor - November 23, 2020 2:54 am
13
EDIFYING ELUCIDATIONS BY OKEY IKECHUKWU Femi Fani-Kayode recently described a Biden victory as an Obama/Hilary Clinton victory, as well as the return of (possibly) forceful... 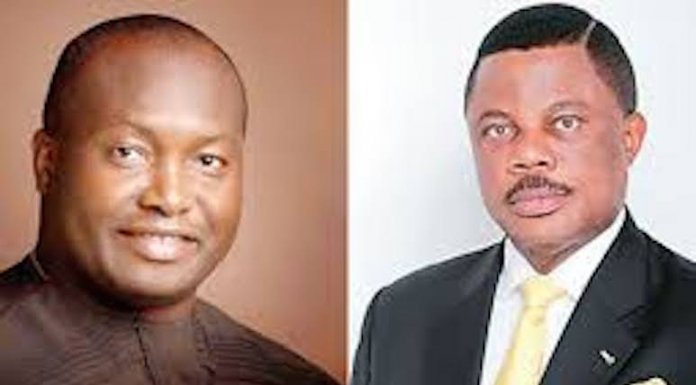 MORE AIRPORTS IN WHOSE INTEREST?