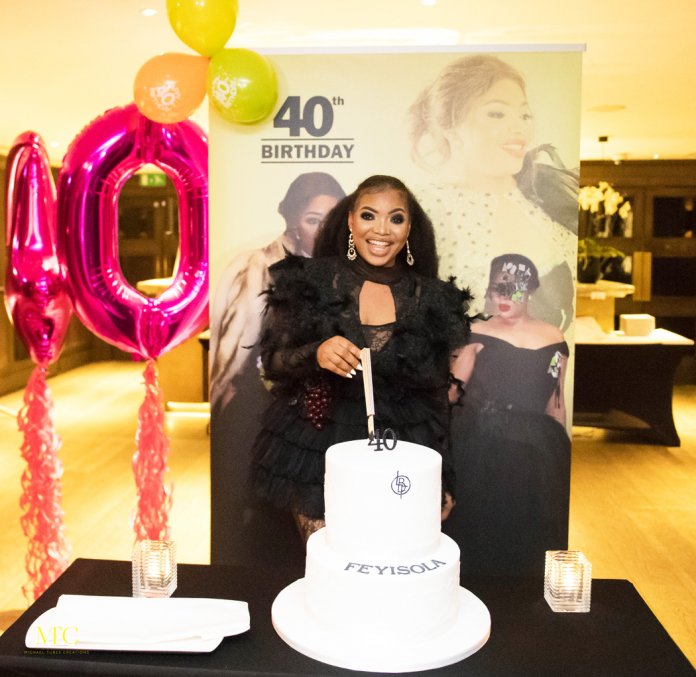 A London-based Nigerian couture artist, Feyisola Adeyemi, who turned 40 on January 2, 2019, threw an exclusive birthday dinner party at the prestigious and luxurious “The Mayfair” hotel in the heart of west end, London, United Kingdom.

Feyi as popularly called and often referred to as “D Red Carpet Queen is the CEO/Creative Director Of LuxuryByFeyi fashion brand.

The party was a cosy, intimate, fun and a glamorous celebration graced by close friends and family.  In attendance were entertainment and media consultant personalities, Dj Abass and wife, Sam and Tola Onigbanjo of “Women for Africa” , Yvonne Ayegbeni, Chioma of “GlamAfrica Media, Uriel Ngozi Oputa, Brenda David of “Celario” and many more. The celebrant looked elegant and chic in her own designs. When asked about the inspiration behind her brand, she said: “Feyisola’s efforts is to create a voice that encourages women and young female generation, particularly from the African decent (not to limit themselves) to break boundaries and be the best version of themselves globally, most especially in the luxury industry, which has been dominated for a while now by the western market.” Feyi wishes herself an outstanding year of prosperity and peace.