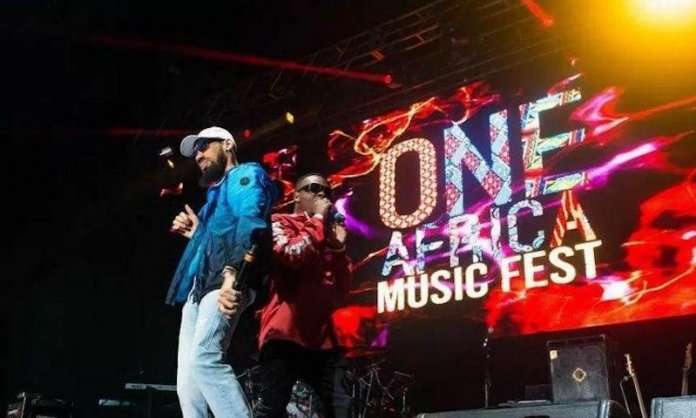 One Africa Music Fest has announced its first-ever headline sponsorship with Interswitch, highlighting a shared commitment of taking the best of Africa to the world.

The multi-faceted partnership between the two organisations was solidified on Wednesday, February 13. One Africa Music Fest and Interswitch have come together to engage customers through entertainment and lifestyle.

Speaking on Interswitch’s partnership with One Africa Global, Mitchell Elegbe, Group CEO of Interswitch remarked that “Africa is a youthful population and we are extremely proud of the renaissance that has been witnessed, notably in the entertainment sector, particularly with our music, which has boomed and garnered global acclaim in recent years on the strength of sheer resilience and a spirit of enterprise. This is mirrored by the growing influence of the One Africa Music platform, and as an integrated payment brand focused on enabling commerce and wealth-creation in African markets, we remain relentless in our quest to actively engage and reward our consumers across the continent, leveraging platforms that best resonate with their identified passion-points, such as the One Africa Music Fest.”

Similarly commenting on the development, Paul Okoye, CEO, One Africa Global/One Africa Music Fest said “It’s been my life’s mission to showcase Africa to the World, I am excited and equally proud to announce this partnership! As two proudly African brands united by a common vision to showcase the very best of what Africa has got to offer, we are on a journey to take Africa to the world and I am happy it is with Interswitch and its flagship consumer brand, Quickteller”

This year, the Interswitch One Africa Music Fest will take place in New York on August 10 at The Ford Amphitheatre, in London on August 24 at The SSE Arena, Wembley, and in Dubai on November 15 at the Festival Arena, Festival city Dubai.

Interswitch, through its consumer brands specifically Quickteller, an e-commerce and electronic payment platform, will be running promotional campaigns for new customers to stand a chance to win an all-expense paid trip to any of the Interswitch One Africa Music Fest events happening in New York, London and Dubai.