The Association of Bureaux De Change Operators of Nigeria (ABCON) at the weekend alerted members of the public about ongoing security investigation into fake $100 bills allegedly imported into Nigeria from India.

ABCON President, Alhaji Aminu Gwadabe, disclosed this in a statement, after the association’s National Executive Council (NEC) meeting in Lagos.

He said some of the fraudsters’ objective was not only to make profit, but to undermine Nigeria’s chances for automatic membership of the Financial Action Task Force (FATF) after assessment of the country’s financial system scheduled to hold before March.

The ABCON boss said the issue of fake dollar in circulation had been observed and reported to relevant security agencies, adding that the ABCON, has in the interest of the economy and Bureaux De Change (BDCs) businesses, secured Central Bank of Nigeria (CBN) and Economic and Financial Crimes Commission (EFCC) backing to begin nationwide campaign against fake currencies in the country.

He said rising cases of fake currencies in circulation had led to huge losses to BDC operators and the economy.

Gwadabe said ABCON would continue to educate members of the public on how to identify fake dollar bills in order to protect the image of the country in the eyes of foreign investors.

“It is part of our objectives which is enshrined on our constitution as an association to eliminate the incidences of fake currencies circulation, thereby enhancing the image of the country and transparency in our operations,” he said.

Gwadabe said the ABCON NEC had released a guide to all BDCs on how to detect a fake dollar bill.

“The weight of each bill is one gramme, 2.61 inches wide and 6.14 inches in length. It is 75 per cent cotton and 25 per cent linen. Your finger can feel the thickness and texture. “Besides, the portrait water mark is partly overlapped by the Treasury seal, while the $100 bill is printed on the right side of the bill. The strip is thin, faint and runs vertically from top to bottom to the left of the watermark portrait. Also, the 3D security ribbon, also called the thread, is bright blue and vertical on the bill,” he said.

He added that the dollar bill undergoes micro printing, which is the production of recognisable patterns or characters in the bill at a scale that requires magnification to read with the naked eye.

To the unaided eye, the text may appear as a solid line, he said.

DEFEAT COVID-19, WITH THE ARTS 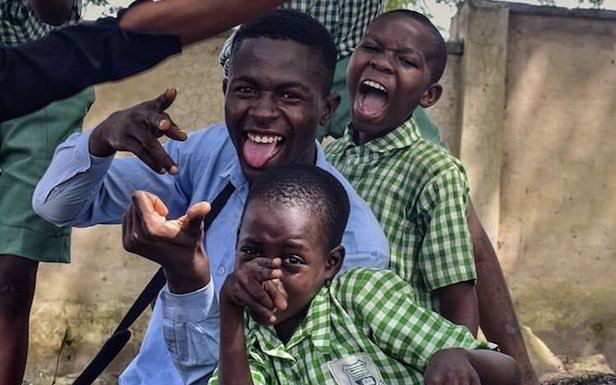 DHQ: Why We Can’t Speak on Soldiers’ Involvement in Lekki Shootings