Alan Greenspan, the US Federal Reserve Bank Chairman from 1987 to 2006, wrote in his book, ‘The Age of Turbulence,’ about his greatest worry when September 11 happened in the US that  ‘If you wanted to cripple the U.S. economy, you’d take out the payment systems. Banks would be forced to fall back on inefficient physical transfers of money. Business would resort to barter and IOUs; the level of economic activity across the country could drop like a rock.’

This gives an indication of how important an efficient national payments system is to the development and continuous growth of the national economy.

In fact, in payments system studies, it is widely acknowledged that a 10 per cent increase in the efficiency of the national Payments System will grow the GDP by at least one per cent, ceteris paribus.

This realisation has made every country to focus on the enhancement of the national payments system in recent years. For example, the UK Payments Council had responsibility for setting strategy for UK payment mechanisms from 2007 until 2015.

The South Africa National Payments System Act of 1998 was put in place to provide for the management, administration, operation, regulation and supervision of payment, clearing and settlement systems in the Republic of South Africa; and to provide for connected matters. Here in Nigeria, the Central Bank launched the Payments System Vision 2020 in 2008 and this major project is responsible for the huge modernization the national payments system has witnessed since 2008.

Prepaid billing requires that the consumer makes payment ahead of the consumption of a service e.g. in the case of prepaid phone or prepaid electricity billing, the consumer has to lock cash down in form of service credits, and then draw down on the credit gradually as the service is consumed and the service is terminated as soon as the credit is used up.

On the other hand, postpaid billing permits the consumer to consume the service within a contracted period, typically a month, at the end of which the service provider will present a bill to the consumer who is at liberty to either pay in full or in part e.g. postpaid phones and postpaid electricity meters.

The prepaid billing system keeps float in the hand of service providers. In economics, float in this context is duplicate money present in the system between the time the consumer makes a prepayment and when he actually consumes the goods/services he paid for. Cummulative float amount in an economy like Nigeria’s, where prepayment is prevalent, is considerably large and the float typically lasts for days, weeks and months.

Float does so much damage to the national economy. It denies the consumer the use of his money for other needs thereby reducing aggregate purchases, aggregate sales and the velocity of money with attendant adverse effect on economic growth.

Besides, float is hardly regulated and is therefore subject to abuse. The Central Bank of Nigeria, in an effort to reduce the damaging effect of float, embarked on an aggressive reduction of float created by the cheque clearing system such that a typical cheque that would take 21 working days to clear in 2001 now takes just two working days.

Unfortunately, the float problem is rearing its head again with the prevalence of prepaid bills in Nigeria.

It grows consumption and purchases by consumers thereby enhancing citizens quality of life, and sales and revenue for service providers with a resultant growth in profit, employment, business expansion, and indeed government tax income.

Postpaid Billing Must Be Promoted

The volume of Direct Debit instructions processed in the banking system is often used as a measure of postpaid bills while prepaid billing is generally characterized by Direct Credits.

According to Althos, ‘Prepaid billing allows the service provider to obtain revenue for services without the risk of bad debt and it eliminates the need and cost for billing operations. Prepaid service is often associated with customers that may be credit challenged or who want more control over bills.’  It follows then that the huge gap between prepaid and postpaid bills in Nigeria could be easily attributed to the low level of trust that service providers generally have for consumers over the years i.e. the fear that consumers may accumulate postpaid bills and refuse to pay up.

This fear that is aggravated by the lack of a reliable citizens/consumers identification system – a problem which has bedeviled the Nigeria business climate for years – which makes it near impossible to penalize consumers for unpaid bills.

The good news is that this citizens identity problem, which has been a post-payment disincentive over the years, is largely solved in Nigeria today, with the maturity of identity schemes such as the Bank Verification Number (BVN) and the National Identity Number(NIN) which have captured the data of about 50 million adult Nigerians into a reliable identity database with efficient identity validation and verification services.

So stakeholders now have all it takes to grow postpaid services in Nigeria as the consumer identity and identity theft excuses are no longer tenable. It is imperative to grow post-payments to further drive the growth of the national economy.

The Central Bank of Nigeria released the Regulation for Direct Debit Scheme in Nigeria(revised) in February 2018 to provide the right operating environment for the growth of direct debits and post-payments in modern day Nigeria. However other stakeholders are required to focus on the following action points to take full advantage of the new regulation and the opportunities it presents:

Some have argued that prepaid billing has become so prevalent and entrenched in Nigeria as a result of citizens identity problem which has bedeviled Nigeria in past years, to the extent that postpaid billing has no prospect in the country. Payments system stakeholders must rise up and change this narrative because the complexity and sophistication of modern day national economies is such that the year-on-year increase in prepaid bills volume will continue to stagnate the national economy while the economy thrives as desired as postpaid bills volume grows.

Ajao is the Acting Managing Director/CEO, 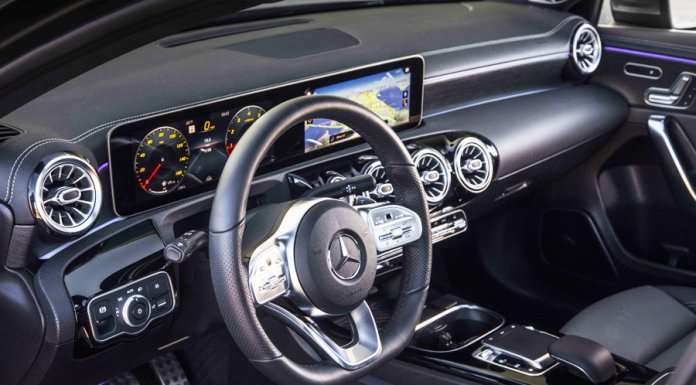