The Peoples Democratic Party (PDP) candidate in the presidential election billed for today, Alhaji Atiku Abubakar, has raised the alarm that the Managing Director of Activate Technologies Limited, Alhaji Mohammed Sani Musa, whose company supplied the machines used in printing the Permanent Voter Cards (PVCs) is the candidate of the All Progressives Congress (APC) for Niger East Senatorial district for the botched poll.

In a press statement issued yesterday in Abuja by his Special Assistant on Public Communication, Mr. Phrank Shaibu, Atiku stated that the revelation was a result of its extensive intelligence gathering network to identify and prevent the ruling party’s brazen and ultimately failed attempts to rig the results.

“It is public knowledge that Sani Musa, popularly known as Sani 313 is a card carrying member of the APC and a close associate of several stalwarts of the party, including President Muhammadu Buhari who apparently pushed his nomination. But shockingly, the APC Senatorial candidate for Zone B of Niger State, Mr. Mohammed Musa, has a contract with INEC to supply key voting materials in an election he is participating in, which is a clear conflict of interest and raises questions of probity and oversight in the issuing of INEC contracts.

“The INEC contract was to ‘upgrade’ the card readers and to print PVC cards. Further investigations have shown that the ‘upgrade’ consisted of pre-programming the card readers to accept fake replica PVCs (copies of genuine PVCs) that the firm printed in Nigeria. These two activities were undertaken so that the APC could boost its vote tally in its strongholds or force votes in Polling Units at PDP strongholds to be null and void by over-voting .

“Our investigation also identified the seven states where this activity was due to take place and we have therefore informed the Observer Community and our own extensive network of over 176,000 Party Agents so that they can forestall this activity by checking cards as allowed under INEC guidelines,” Shaibu stated.

The PDP Presidential candidate said while Alhaji Sani Musa has the right to hold any public office in spite of his line of business, it was morally unjustifiable to allow a well-known supplier of sensitive INEC materials to partake in an election in which the key materials to be used for the poll were supplied by him.

Efforts to get the response of the company were futile, while phone calls to Musa also rang unpicked.

When contacted, however, INEC said its record showed that Activate Technologies Ltd was incorporated on the 30th day of June 2015 by the Corporate Affairs Commission.

The electoral umpire said: “The said company represents a Technology Company outside Nigeria with INEC as the end user in respect to the production and personalization of biometric solutions and other technology based issues. From our records, Alhaji Mohammed Sani Musa is not a Director of Activate Technologies Ltd.” 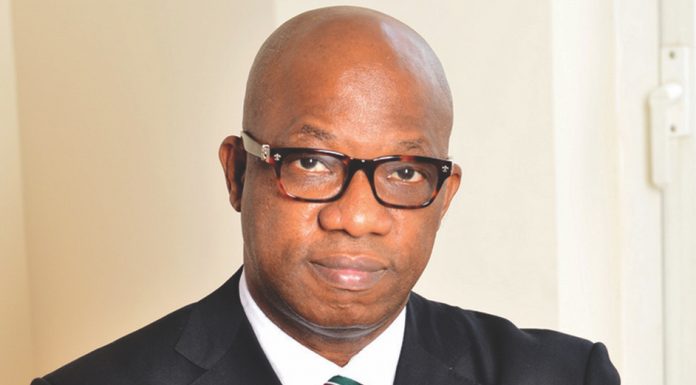 Tell The Supreme Court That Things Should Always Make Sense.