Rivers State Governor, Nyesom Wike, has alleged that the Minister of Transportation, Chibuike Amaechi, has concluded plans to bomb the offices of the Independent National Electoral Commission (INEC), destroy voting materials at Registration Area Centres and disrupt the peaceful conduct of the general election in the state using some unpatriotic military and police officers.

The governor also declared today (Friday) as public holiday for Rivers people to pray for God’s intervention in ensuring that the elections are peaceful.

But Amaechi has described Wike’s accusations as childish and an indication that the governor is afraid and a coward. The minister also accused INEC Chairman, Prof. Mahmood Yakubu, of working for Wike, who was minister of state while he served as Director of Tertiary Education Trust Fund (TETFUND).

In a state broadcast yesterday ahead of the general election, Wike said he had credible intelligence that revealed the plot of the minister.

He said: “Credible intelligence has linked Rotimi Amaechi and his cohorts in the factionalised APC to prevent the peaceful conduct of the general election in Rivers State with the support of some unpatriotic military and police officers.

“The security officers have been detailed to provide covert operational covers for Rotimi Amaechi’s armed militants and thugs on military camouflage and fake police uniforms to bomb INEC offices, cart away or destroy voting materials at Registration Area Centres, and disrupt the voting processes across the state on a scale that will force INEC to abruptly call off elections on the ground of insecurity.”

The governor said several Hilux vehicles painted in military colours and gunboats donated by the Executive Director (Technical) of the Nigerian Ports Authority, Hon Sekonte Davies, have been handed over to the militants to carry out the attacks across the state.

He said: “May I call on the international community, particularly the United Nations, the European Union, ECOWAS as well as the governments of the United States of America, United Kingdom and France to hold Rotimi Amaechi, his cohorts in the factional APC and the compromised security officers responsible for any electoral and or related violence in Rivers State during and after the general elections”.

But in his reaction, Amaechi, described Wike as childish, afraid and a coward in his allegations.

Addressing journalists in Port Harcourt yesterday evening, he said while he would never support or embark on violence, he would never condone injustice.

Amaechi explained that his speech during Tuesday’s presidential campaign was not aimed at inciting violence but to warn Wike and his group that APC would not allow its members and supporters to be killed or harassed as was the case in 2015.

“In 2015, APC leaders were either arrested or killed. Today, we are telling him that he cannot do that again. We assured Nigerians to go out and vote peacefully. We will not allow people to be killed.

“Before today, Wike could chase us out with his thugs; he could behead us. But today, he cannot. We mean we will defend ourselves,” he said.

On the political developments in the state, the minister said, “I know that everybody has been expecting me to talk on the court cases but I will not because I am just a member of the party. The party chairman has already said that the INEC is working for the PDP.

“An example that INEC is working for the PDP is a fact that there is a stay of execution granted by the Court of Appeal, just because the INEC Chairman was Director of TETFUND under Wike as Minister of State for Education, he now chooses the Court order to implement and the one not to implement.

“Obviously, he is trying to assist Wike become a second term governor on this election. We understand his game but we believe in the judiciary. You heard the President when he said that the injustice will be addressed. We will deal with the justice and not the judgment.” 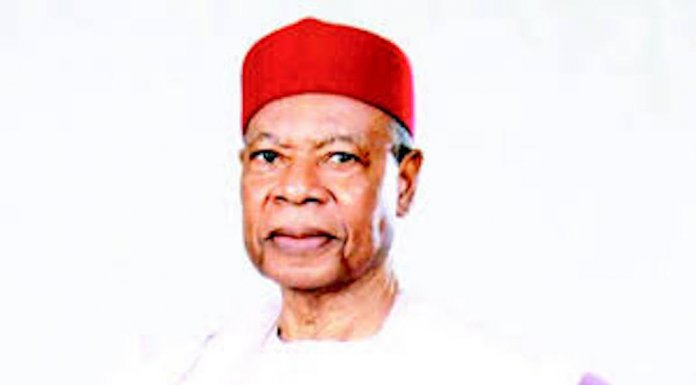 With Obaseki’s Victory in PDP Primary, Stage Set for Rematch with Ize-Iyamu