Chiemelie Ezeobi writes that a book drive by nine-year old Oluebubechukwu Nwokeoma, the library prefect of Dominican School in Lagos is gaining traction

For most preadolescents or tweens, their needs are simple given that they are at that stage of human development following early childhood and preceding adolescence.

Although same holds true for Miss Oluebubechukwu Nwokeoma, a nine-year-old pupil of Dominican Nursery and Primary School Library in Mafoluku, there is an extra fire burning in her to impact her world. Daughter of Punch Newspaper’s Joel Nwokeoma, her penchant for books come as no surprise.

As the library prefect in her school, she recently took on a larger than life task of attracting a donation of 130 books from a group to the school library, a move that propelled other individuals to follow suit with their own donations.

It was in a bid to promote reading culture that Clever Clogs Books in partnership with PEA Foundation fulfilled Nwokeoma’s desire. According to the tween, her pet project is aimed at improving the collection of books in the school’s library.

On the day of presentation, the elated school authorities and pupils had mounted a guard of honour for inspection, showing how important that book drive was for the school at large.

At the book presentation, Mrs Olubunmi Aboderin-Talabi, the Founding Publisher, Clever Clogs Books, in her keynote address titled ‘The lifelong benefits of reading’, urged the pupils to spend more time on books to enhance their critical reasoning, adding that reading would also help pupils with the ability to communicate and solve problems.
She said: “It keeps you up-to-date; keeps you abreast of novel ideas; and shows you what goals to achieve. Furthermore, reading widely helps you see life from another perspective. It literally handles you the keys to your destination because it shows you what is possible.

“It helps you define what you want out of life. Reading is a method of relaxation; when you read for leisure it helps to reduce stress. It also increases your ability to pay attention to details, distinguish nuances and so on.”
Aboderin-Talabi, who is also the chairperson of Women in Business (WIMBIZ), further charged the pupils that leaders of sustainable organisations and innovators had something in common, which is reading.

The Lagos State Commissioner of Culture and Tourism, Mr. Steve Ayorinde, in his address expressed excitement about the project. The commissioner, who was represented by Mr Demola Adisa, said the project was worth every support especially in the era where technology had taken over pupils’ time
.
He however urged the pupils to take advantage of the opportunity the library proffers and invest their time on books; for knowledge is power.

Commending Aboderin-Talabi and Nwokeoma for the gesture, the Head of the School, Rev. Sr. Caroline Igwe, in her welcome address, said libraries played very healthy and important roles, adding that libraries provide a very calm and disciplined atmosphere, which help people to maintain good concentration on their studies.

According to her, libraries also help both teachers and pupils push beyond the safe harbour of the textbooks and help their pupils navigate the open waters of new and complex information.

She noted that, “libraries are portal to all of the world’s knowledge and are economically efficient. On the other hand, librarians make sure that knowledge continues to be recorded and saved for future even as information storage devices and format change. If libraries are not essential, then why have some of the world’s smartest and richest people poured their time and money into them?”
At the event was an 18-year-old author, Miss Aduragbemi Akintepede, who encouraged the pupils to believe in themselves. According to her, no circumstance, situation or event should be a barrier to actualise the ingenuity their dreams.
Meanwhile, the originator of the pet project, Nwokeoma said she was spurred to take up the pet project of providing books for the library due to insufficiency of books to read, adding that the project would provide her friends and pupils in the school more books to read.

According to her, the next project is to refurbish the school library and provide more shelves and chairs as well as equip it to a 21st century library. To do this, she is banking on the support of family and friends.
While appreciating the donors, her school and parents for the success of the project, she appealed to the pupils to handle the books with care.

Seeing the success of the book donation drive, books are still pouring in from the friends of her father. According to Joel Nwokeoma, a good friend and development work colleague, Majiri Oghene Bob Etemiku called to say he was sending 19 copies of his exciting story book, Mamud and the Moringa Tree, all the way from Benin City as his own contribution to the #bookdrive for the library project.

He said: “Recall that over 130 books in different subjects were donated by Clever Clogs Books in partnership with PEA Foundation last week at an elaborate event at the Dominican Group of Schools premises.

“Friends have been supporting this ennobling project to enhance the reading culture by donating books. Let’s make our children leaders by helping them to read well and wide. Give them books to read and eradicate ignorance.” 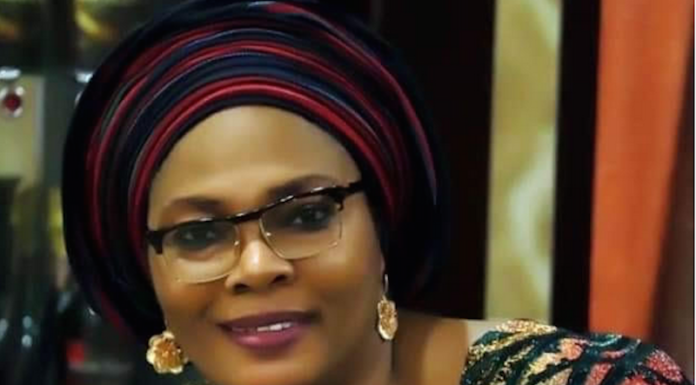