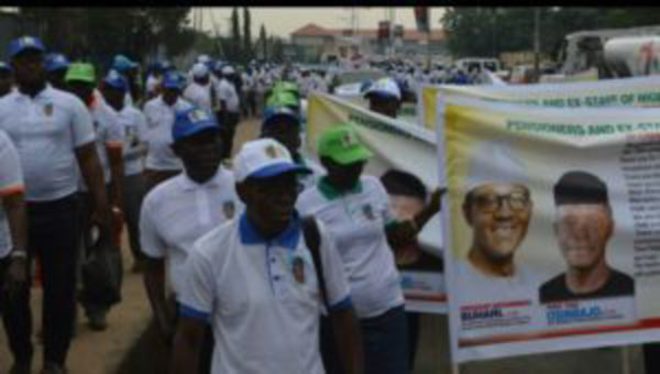 The Murtala Muhammed Airport, Lagos on Friday came alive as ex-workers of Nigeria Airways Limited staged a mega rally to support the reelection of President Muhammadu Buhari in the Feb. 16 Presidential Election.

The News Agency of Nigeria (NAN) reports that the pensioners and ex-workers of the defunct national carrier declared their support for the president for paying N22. 6 billion as part payment of their entitlements in October 2018.

The pensioners, who turned out in their numbers, moved from the premises of the Skypower Catering Services through the airport environment chanting “Sai Baba” and “Next Level”, to publicly show their support for Buhari.

Speaking on behalf of the Nigeria Airways ex-workers, Mr Lookman Animashaun said the rally was to show appreciation to the president who came to their rescue after many years of neglect by previous administrations.

He said: “Words are not enough to express the profound gratitude of the over 6,000 pensioners and ex-workers of Nigeria Airways to Buhari for his timely intervention in the payment of our benefits.

“For 14 years, we were abandoned, humiliated and frustrated in our demand to be paid what was due to us by successive governments, whose stock in trade was tissues of lies designed to hoodwink the public.

“In the process, about 800 of our members lost their lives.

“But today, PMB has wiped out our tears, put smiles on our faces and restored hope to our members and their families with the part payment of our benefits.”

According to him, the ex-workers of Nigeria Airways are optimistic that Buhari will pay the outstanding balance soon as promised.

Also, Mr Sam Nzene, National Chairman, Nigeria Airways Pensioners, told NAN that the former staff and their families would cast their vote for Buhari because it was the right thing to do.

“This is a man who saved us, who brought smiles to our faces, who rescued our families when others refused to show concern.

“He did promise that he will do it and he actually did it by paying part payment of our benefits that have not been paid for over 14 years.

“So we decided to show gratitude to him by organising this rally because one good turn deserves another.

“We have decided that we and our families will vote for him. We want to tell Nigerians to vote for him because he is a man with a kind heart,” Nzene said.

He said the outstanding payment of their entitlements was already captured in the 2019 budget, which was a clear demonstration that the money would soon be disbursed to the beneficiaries.

NAN reports that the former national carrier was liquidated in 2004 by the President Olusegun Obasanjo administration, but the workers were not paid their severance packages as stipulated in extant labour laws.

The workers were paid a fraction of their entitlements by the late President Umaru Yar’Adua’s regime in 2008 before Buhari approved the part payment of N22. 6 billion to them.

The government has also promised to pay the other half of the money to them as soon as funds are available. NAN 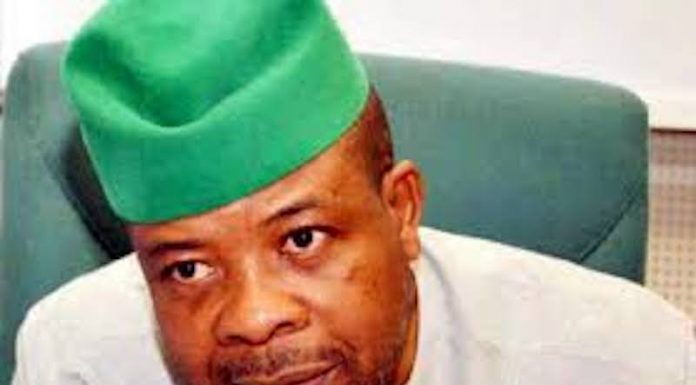