With less than two weeks to the all-important 2019 presidential election, the air is expectedly, saturated with politicking and the Office of the Special Adviser to the President on Niger Delta and Coordinator of the Presidential Amnesty Programme has not been an exception.

Though Professor Charles Dokubo, the coordinator of the programme has not allowed politics to distract him from the efficacious delivery of the mandates of his office as shown in the recent commissioning of a world class oil and gas vocational training centre in Agadagba – Obon in Ondo State, he has however been receiving stakeholders from the Niger Delta who daily throng his office to express appreciation for the giant strides the amnesty programme has been recording and to pledge their support for President Muhammadu Buhari’s second term bid.

The stakeholders, just like the hundreds of Ijaw youths resident in the 19 northern states and the Federal Capital Territory who were at the Amnesty Office recently on a solidarity march, believe that Buhari has since his election into office in 2015, shown and indeed given practical support to the development of the Niger Delta and should, in return, be supported to get a second term in office.

“We are here to tell the whole world that President Buhari and Prof. Charles Dokubo have done well. Since his appointment about nine months ago, Dokubo has done a lot to endear the people of the Niger Delta to Mr. President and the Federal Government. For example, since he came into office he has started reviving all the moribund and abandoned training centres for the Amnesty Programme.

“As a matter of fact, he has done enough and he is still doing more. We are queuing up behind President Buhari and Prof. Dokubo because they have done well and we believe both men would take the Niger Delta to the next level,” Comrade Akasah Eniyekeye Kelvin who led the group, Ijaw Youth Association in Northern Nigeria, said at the rally.

For Dokubo, the visit provided another opportunity to reiterate his call for support for Buhari’s second term bid and also to underscore his determination to use the Amnesty Programme to transform the youths in the region as directed by the president.

“Our people have come to show Mr. President and I support which will go a long way. This office belongs to all of you and I was appointed to change the tune and narratives in the Niger Delta. It is not only about paying N65, 000 monthly stipends to a few people, the president is concerned about massive capacity building that would lead to gainful employment of our teeming youths. The president is supporting us to create small and medium scale entrepreneurs in the Niger Delta.

“In essence, that is what we are currently doing for Mr. President in the Niger Delta through the Amnesty Office. I can confirm to you again and again that President Buhari has continued to give us all the support and backing we need. So in return, I am urging you all to retain him in office as our president by voting massively for him in the forthcoming election,” Dokubo enthused at the solidarity rally.

The presidential adviser who expressed his determination to continue to tailor the policies of the Amnesty Programme to achieve its original mandate and transform its beneficiaries to become change agents admonished the group to “please, let us work together. Let us work for the re-election of President Muhammadu Buhari”.

It will be recalled that at the inception of his administration as the Coordinator of the Presidential Amnesty Programme, Dokubo had at series of meetings with the most important stakeholders of the amnesty programme – the leaders of the ex-agitators – spoke on the need to support the president’s vision for the development of the Niger Delta.

He had at the meetings underscored for the ex-agitators the compelling need to continue to maintain peace in the Niger Delta, so that the impact of the Amnesty Programme in the development of the region can be felt.

The campaign was also designed to showcase the giant strides, activities and achievements of the President Muhammadu Buhari led administration through the Presidential Amnesty Programme to the people of the oil producing communities of the Niger Delta.

During the campaign, the Amnesty Office team had engaged the leaders, stakeholders and ex-agitators on how Buhari’s administration has been able to address the issues of marine insecurity and pipeline vandalism and its attendant economic growth of the Niger Delta.

“The N-Power Initiative has engaged a lot of Niger Delta Youths, so also is the Anchor Borrower Programme of the Central Bank of Nigeria which is giving loans to farmers, thereby keeping people gainfully engaged. While genuine concerns and complaints of ex-agitators and stakeholders are being attended to, the Amnesty office is currently paying the monthly stipends and other financial obligations regularly since President Buhari came to office,” the coordinator said.

While urging all Niger Deltans to continue to support the present administration and the Amnesty Programme for more dividends of democracy, the presidential adviser pointed out that current strides being recorded under the Amnesty Programme are indications that the Buhari led administration is committed to addressing the age long neglect and marginalisation of the region

Drawing from the recommendations of a committee he set up, on assumption of office, to evaluate the state of affairs of the Amnesty Programme, Dokubo has been executing far-reaching reforms aimed at making the programme much more robust and impactful for the enlisted ex-agitators.

The reforms, done with the ultimate goal of achieving sustainable peace and development in all facets of the region are also said to be in tune with the anti-corruption drive of the Buhari administration. Such reforms include a review of the education component of the amnesty programme, a process which led to the cleanup of the database to remove ‘fake’ beneficiaries and new policies to guide onshore and offshore component of the initiative.

And in tune with the Buhari’s administration’s emphasis on reduction of waste in government by completion of inherited projects, Dokubo has also pursued the completion of the major projects he inherited from his predecessor. Undoubtedly, the most critical of such projects are the five Vocational Training/Reintegration Centres located across States in the Niger Delta he inherited on assumption of office.

With the vocational centres, the presidential aide is not only ensuring that ex-agitators are empowered with skills that will make them economically independent and useful to themselves, their families, communities and the nation, but that the training are also being done at a relatively cheap price to the government.

This is in addition to other novel initiatives to advance the reintegration component of the Amnesty Programme like the provision of start-up packs and mentoring for several already trained and qualified ex-agitators to become entrepreneurs. This has led to the empowerment of hundreds of ex-agitators by the Post Training Engagement Unit of the Amnesty Office as well as the distribution of empowerment/business start-up kits to hundreds of others.

Also, the creation of a Job Placement and International Development Partners Engagement Unit (JPIDPEU) by Dokubo has helped advance their integration stage of the Amnesty Programme with profiling and preparing of the ex-agitators for job placements.

But Dokubo has maintained that these achievements were recorded only because Buhari refused entreaties from certain quarters to discontinue the Amnesty Programme at the inception of his administration. This, he said, further indicated that the president is a forthright and incorruptible leader and urged continued support for the president.

“Let me place on record that we are able to achieve all these because of the staunch and unalloyed support President Muhammadu Buhari has been giving the Amnesty Programme and the Niger Delta as a whole. On his fatherly watch, we have since re-worked the Programme to focus on not just training but also job creation and empowerment of already trained beneficiaries. I can confirm to all stakeholders gathered here today that President Buhari loves the Niger Delta and its people and I urge you all to give Mr. President your full support as he seeks to take our great country to the next level,” Dokubo said at the landmark commissioning of the Oil and Gas Basic Skills Vocational Training Centre in Agadagba-Obon, in Ondo State two weeks ago.

Buhari Writes Funtua’s Family, Says He was Pillar of Support

editor - August 4, 2020 2:28 am
2
The relationship between Nigeria and China with regard to loans obtained from the latter to fund Nigeria’s infrastructural projects suddenly became a matter of... 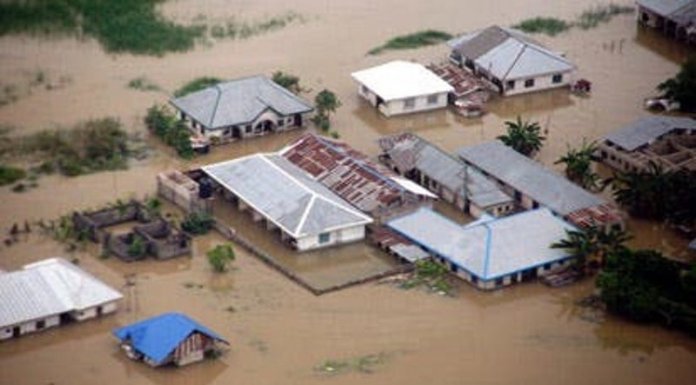