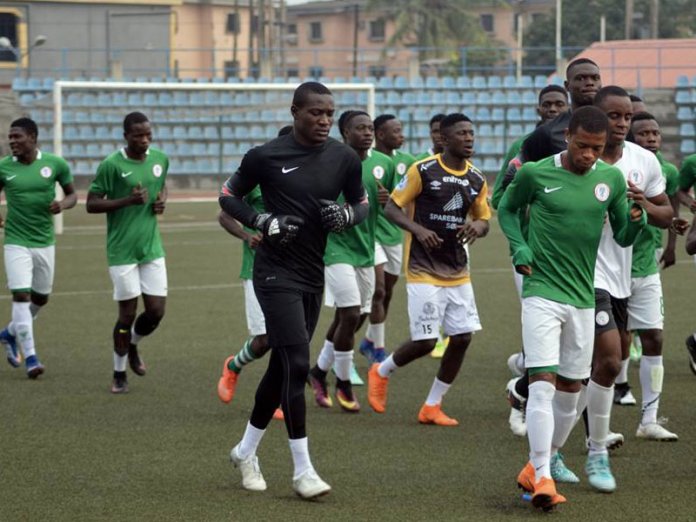 Following their 2-0 defeat of Burundi on Saturday and an earlier 1-1 draw of Niger Republic and South Africa, Nigeria will automatically move to the semi finals of CAF U-20 Nations Cup if they beat South Africa tomorrow.

The win will also guarantee Nigeria a place at the FIFA U-20 World Cup later this year in Poland.

Nigeria’s U20 squad, seeking an eighth continental title, shot to the top of their pool on the first day of the 21st Africa U20 Cup of Nations in Niger Republic on Saturday with a 2-0 defeat of Burundi, hours after the host nation and South Africa were stalemated at 1-1 in the opening game of the tournament.

The seven-time champions dominated in the first period but had nothing to show for their superior possession and onslaughts.

However, in the 55th minute, Yahaya Nazifi got the Flying Eagles in front, before the lively Effiom Maxwell made it two in the 71st minute.

The top two teams from each group will advance into the semifinals of the competition and also secure qualification for the U-20 World Cup, which will be held in Poland in May and June.

Nigeria has won a record seven U-20 African titles, but before they can dream of claiming number, Head Coach Aigbogun insists that Flying Eagles must prioritise a place in the World Cup finals.

“Afterwards, we would then begin to plan for the trophy. Focus and tactics must be for one match at a time. We cannot afford to falter.”

Group B is made up of Senegal, Mali, Burkina Faso and Ghana.