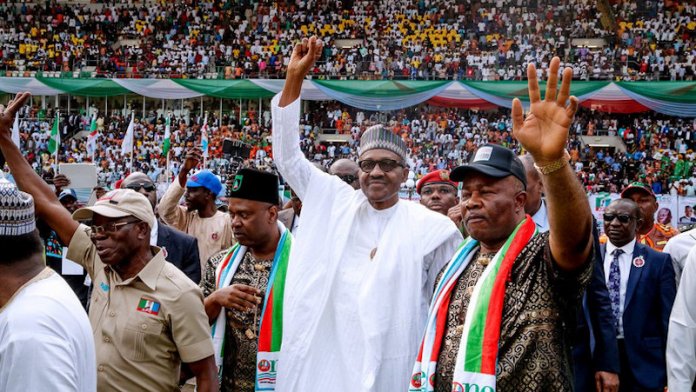 By Onyebuchi Ezigbo, Adedayo Akinwale in Abuja and Benjamin Nworie in Abakaliki

The Peoples Democratic Party (PDP) has called on the Independent National Electoral Commission (INEC) to disqualify the presidential candidate of the All Progressives Congress (APC), President Muhammadu Buhari from the February 16th election for allegedly importing mercenaries to influence his election.

The party also, in a separate statement issued in Abuja yesterday, urged INEC to investigate Buhari for “compromising the country’s territorial integrity after it smuggled in a crowd from Niger Republic to populate its presidential campaign in Kano State.”

The National Chairman of PDP, Prince Uche Secondus made the call for Buhari’s disqualification yesterday at the Pa Oruta Ngele Township Stadium, Abakaliki, Ebonyi State, venue of the party’s presidential campaign flag-off in the state.

Secondus described as shameful, the incidents in Kano on Thursday during the APC presidential campaign “where governors and other mercenaries from neighbouring countries especially Niger Republic attended the rally and openly campaigned for the president.”

He said such action showed that the APC intends to import more foreign nationals into the country to influence the elections and called on INEC to disqualify the party from the elections.

“Let me warn INEC that what we witnessed in Kano on Thursday is the worst that we have seen in the country where people from other countries like Niger and Chad came to influence the election in Nigeria.

“We ask INEC to disqualify Buhari for bringing in mercenaries to influence the election. INEC better be warned that you cannot rig this election. We have already won this election. Atiku believes in the youths and women, that is why they are always trooping out massively to welcome him anywhere we have gone”.

At the rally, President of the Senate, Bukola Saraki lamented the high rate of hunger and unemployment in the country since the APC came to power.

He attributed the economic downturn in the country to the inexperience of the ruling government in management of the economy.

“Atiku is experienced having been in the private sector, so vote for a man that can talk to anybody, bring in investors to Nigeria, eliminate hunger from the land and revitalise the economy.  That man is Atiku Abubakar,” Saraki said

Atiku in his own speech commended the state governor for the huge transformation going on in the state and promised that such would be replicated in the entire country when he becomes the President.

While promising that Southeast would not be marginalised in his government, Atiku urged the people to vote and protect their votes to ensure that they would count in the end.

“This is your best time for the southeast. Come out in numbers and vote for PDP. I have been to many states in this country; I have not seen this kind of mobilisation. I want to single out governor Umahi and commend him for such mobilisation. This is the only road that they are building with concrete. It means your roads are going to be a lifetime road. It is only somebody like Umahi who can do that. Not only do you vote but you should protect your votes”, Atiku stressed.

Meanwhile, in his statement yesterday, the Director of Media and Publicity of the PDP Presidential Campaign Organisation, Mr. Kola Ologbondiyan, warned that the presence of the Niger Republic governors at Buhari’s rally signposted a direct assault on the credibility of the presidential elections.

He said this was particularly against the backdrop of INEC’s plans to allow Internally Displaced Persons (IDPs) in that country to vote during elections, a situation it said opened the way for aliens to infiltrate as IDPs and participate in the elections.

According to him, “President Buhari and the APC, in their desperation have compromised our territorial integrity as a nation and this portends grave danger to our national security and the sanctity of our electoral process.

“For a nation contending with insurgency and banditry, the involvement of mercenaries from neighbouring countries in the APC rally must be condemned by all and sundry. This is particularly against the backdrop of claims by President Buhari that killer herdsmen ravaging our nation are mercenaries who are infiltrating from the Sahel region.”

Ologbondiyan noted that the promise by Governor Abdullahi Ganduje of Kano State to deliver five million votes to Buhari in the 2019 elections was predicated on the unfettered opening of the country’s international borders to foreign political interests.

Ologbindiyan stressed that Nigerians could now understand the Minister of Information and Culture, Alhaji Lai Mohammed, when he stated recently that; “there is also an international dimension to the evil plan. Some armed mercenaries from the Niger Republic have been contracted to attack top government functionaries, including state governors, across the North-west between now and the elections.”

The main opposition party stated that its apprehensions were accentuated by INEC’s recent mass creation of additional polling units, which had not been properly designated and which may be deployed for the perpetuation of monumental electoral fraud.

The party recalled how Kano State, in 2015, delivered 1.9 million votes to the APC presidential candidate in circumstances devoid of transparency and credulity.

Against this background, the PDP demands an urgent and thorough investigation into the circumstances leading to the presence of politicians and thugs from Niger Republic at the APC presidential rally in Kano on Thursday.

Ologbondiyan stated: “Already, there are apprehensions that miscreants who came from Niger Republic to President Buhari’s rally are being offered accommodation in our country by the APC to unleash violence immediately it is clear that President Buhari is losing in the February 16 presidential election.

“The APC and the Buhari Presidency must immediately explain the roles being played by Issa Moussa, Governor of Zinder and his counterpart from Maradi, Zakiri Umar both of the Niger Republic, who were sighted decked in the attires and official logos of the APC, in our political affairs.

“Our security agencies must immediately investigate and lay in the public domain the circumstances leading to their presence, which more or less confirms that the APC has lost all domestic credibility and has assumed a desperate mode.

“What was the true purpose of the invitation of these foreigners to the APC rally in Kano on Thursday? What secret deals did APC leaders make with them at the expense of our national security?

“It begs the question of how a government that vilified credible international bodies that genuinely advised on the need for a free and fair election, as interfering in our elections, would now be spending public resources rent political mercenaries from neighbouring countries.

“We know that APC’s jettisoning of our territorial integrity and national security to hire crowds from Niger Republic is borne out of frustration over the recent successes and massive turn out of supporters at PDP rallies held in the North West.”

Defending the presence of foreigners in the Kano campaign rally at a training programme organised for APC vote canvassers yesterday, Ribadu said the presence of two governors from Niger Republic at Buhari’s campaign in Kano did not infringe on Nigeria’s electoral law.

“For your information, it is a free world and it is the constitutional right of everyone to be where he wants to be. You have no right to curtail anybody from doing what he wants to do. People from West Africa are free to move into Nigeria. We have a protocol or agreement that they don’t need a visa to come into this country. 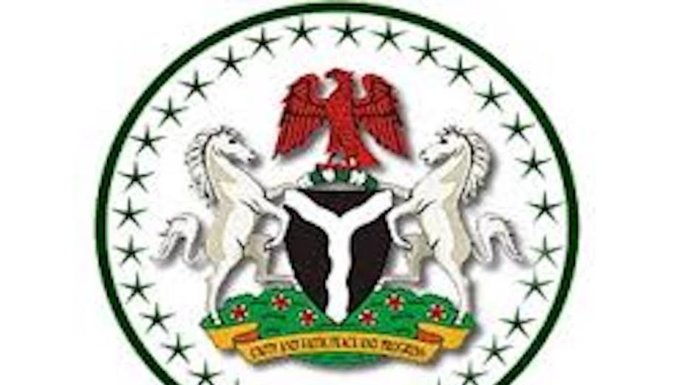