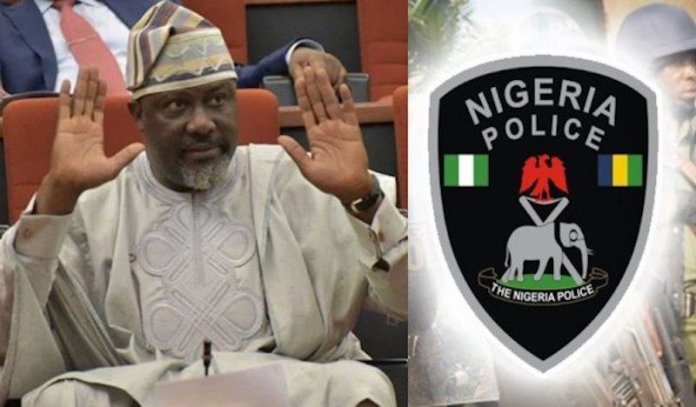 The police have refused to release the Senator representing Kogi West, Dino Melaye, despite meeting his bail conditions, TheCable understands.

On Friday, a high court in Abuja granted Melaye bail on health grounds after about two weeks in detention.

Yusuf Halilu, the judge, had granted the senator bail on health grounds.

The bails conditions included presenting three sureties who reside and have properties in Abuja. The lawmaker met the conditions on Monday.

Melaye has been in custody since he surrendered to the police on January 4 after an eight-day siege was laid to his Abuja residence.

The police alleged that supporters of Melaye shot one Danjuma Saliu, a police officer in Kogi state, in July. They said Saliu has been in hospital since that time and is not responding well to treatment.

Speaking with TheCable on Monday night, an associate of the senator who did not want to be named, said as of 7pm, Melaye was still being held in police detention.

The source said despite the order of the court that had been served on police, they are attempting to arraign him “on fresh charges” today.

“His family has not seen him. Despite the above FCT High Court order of Friday and duly served on the Police, having met all bail conditions, the police are holding on to Dino Melaye as we speak now,” the associate said.

“Instead of obeying the court order above, they have chose to arraign him in court tomorrow on a fresh charges.”