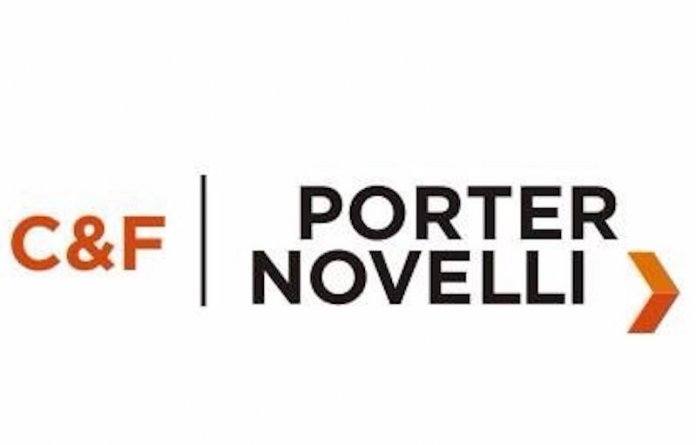 Out of the 13 categories of awards presented at the event which held in Lagos, the 25-year-old public relations agency won the LaPRIGA Awards for the Model Agency of All Time and the LaPRIGA Lifetime Achievement Awards.

The LaPRIGA Awards for the Model Agency of All Time was presented to the agency in honour of its leadership and relevance in the industry, employing global best practices and processes for a variety of communications projects, while the LaPRIGA Lifetime Achievement Awards was presented to its Chairman for his significant contribution to public relations practice, leading consulting teams on complex communications programmes over the years.

Responding to the awards, the Chairman, C&F Porter Novelli, , Nn’emeka Maduegbuna, dedicated the awards to the management and staff of the company and everyone who worked with the agency in the last two decades. “We thank the Lagos State Chapter of the Nigerian Institute of Public Relations for the honour.
“We remain proud of our works and achievements. We will remain focused on providing the best services to our clients and maintaining our position as the Model for other Public Relations outfits in Nigeria.

“With the crop of talents that have passed through the agency in the past and the creative minds that are presently driving the transition into new frontier of public relations in the agency, one can never be in doubt that even the next generation of C&F Porter Novelli will take the agency to greater heights,” Maduegbuna reiterated.