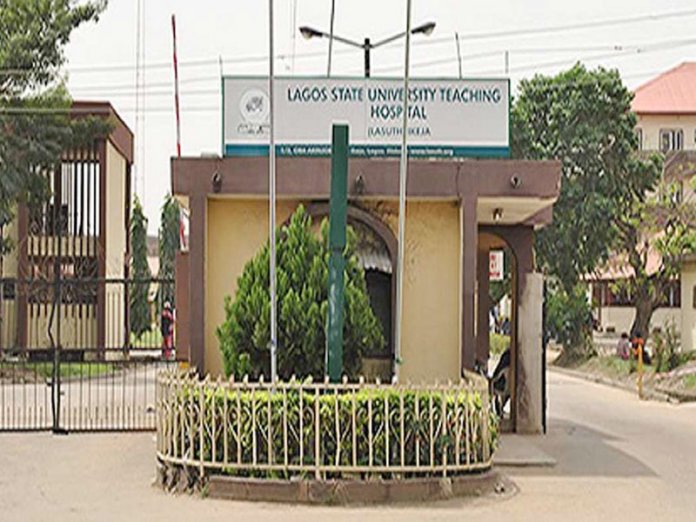 The viral video of a man whose wife, Omolara Kalejiaye, lost her life because she was unable to secure a bed space at the Lagos State University Teaching Hospital for admission, has again brought to the fore the issue of bed spaces for patients in Nigerian public hospitals. Ayodeji Ake writes

Ever seen a man fight so desperately for the health of his wife yet loses her to the cold hands of death because healthcare institutions do not have bed space to accommodate her? Well, this was the recent lot of a Lagos High Chief, Baale Otumaratu, Kehinde Kalejiaye went through when he drove his sick wife for about 45 minutes all the way to the Lagos State University Teaching Hospital (LASUTH) for emergency treatment, only to be rejected by the hospital because they had no bed space to accommodate her.

In a viral video currently trending on social media, the Baale, who resides in Apapa Road, Ebute Metta, shared how his wife died due to negligence, negative attitude of health workers, as well as inadequate facilities in the state’s supposed number one hospital.

Journey to LASUTH
Kalejaiye on December 11, 2018, at about 11:30pm, had taken his wife, Omolara to LASUTH, but met one doctor Oladunjoye and other personnel, who checked her, and then instructed he go get certain drugs for her.

While showing the drips and injections he was made to buy in the viral video, the distraught husband’s narration went thus: “I went straight to get the drugs and the drip and she commenced treatment. While receiving the drip, she woke up and I had a conversation with her.

“Everything was going just fine until at about 2:00am midnight, when I was told I would have to admit her, which was fine by me, but they told me there was no bed space hence I should take her to another hospital. They referred us to another hospital. I then pleaded with them to assist us with their ambulance service since it was midnight and I would not be able to get a car to take us, but the response from Dr. Oladunjoye and the nurses on ground was that they have no one to take us and were no longer obliged to give further service. They asked I take my wife away.

“I was frightened by their response. I told them this was midnight and you want me to take my wife away, which was very risky because of the time. They insisted I should take her away since we have been given a referral letter. I refused to take her away as they did not assist with ambulance. And the next action was for the doctor and the nurse to remove oxygen and the drip my late wife was receiving. I have the remaining of the drips, drugs injections I was instructed to buy, but she was prevented from going ahead with the oxygen and drip, and then my wife died.”

Unanswered Questions
Kalejaiye helplessly took to social media to narrate how the series of actions taken by the hospital staff took the life of his beloved wife, who would have been alive today should she had been sustained on the oxygen and the drip she was on before they were asked to leave the hospital premises.
He said: “How can a doctor in a general hospital say there is no bed to admit a patient in a critical condition? It shows how much we are suffering. Our leaders care less about our future. In a state general hospital, should bed be an excuse to reject a patient?””

Call to Human Right Organisations
He called on human right bodies and other stakeholders to take this matter up as he was yet to recover from the fact that a general hospital was referring their patient to a smaller hospital.

“This means they don’t value the lives of common people. I am begging stakeholders to wade-in on this issue. If the drugs and injections bought were given to my wife as at when due, she would have escaped death. Let us all rise against negligence and low bed space in our general hospitals,” he said.

While Omolara would have, no doubt, seen 2019 and probably lead a healthy life if she was properly attended to in LASUTH, thousands of Nigerians may have lost their lives in different secondary and tertiary hospitals across the country because of lack of bed spaces to accommodate them and the negligence of healthcare workers who are otherwise trained to show empathy and compassion to patients.

LASUTH Reacts
In reaction to the allegation, the Public Relation Officer, LASUTH, Mrs. Remi Bello, when contacted by THISDAY, said the hospital was aware of the viral video and had commenced investigation into the issue, adding that in due course the outcome will be made available soon. “We are currently investigation this allegation. We will brief you further on it,” she said.

In 2014, LASUTH had cried out that lack of bed space was affecting its smooth running, as they were no longer able to attend to all patients needing admission in the Lagos State owned health facility.

He, at the time blamed the situation on poor referral system in the country, adding that the Lagos State Government had come up with Service Charter to ensure work is done accordingly.

“In each unit, there is an administrative manager and a committee put in place to check if vacant beds are being filled up to ensure no patient is sent back. It is no longer business as usual.”

But with the retirement of Oke last December and the coming of a new chief medical director, one wonders why the unhealthy practice still hold sway in the state’s number one hospital four years after.