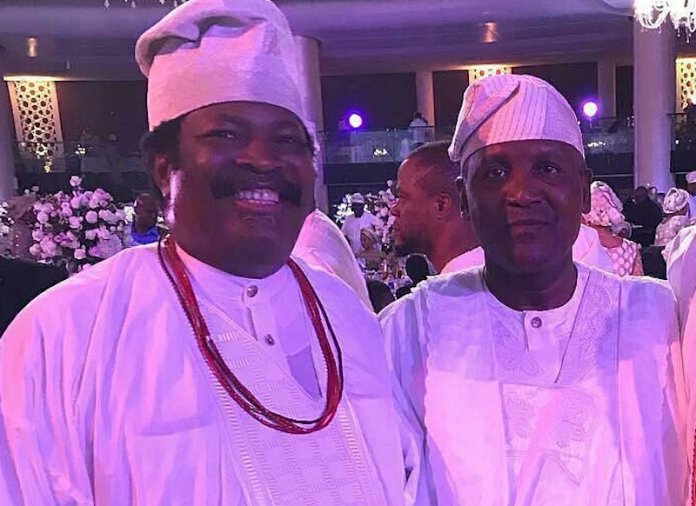 The Publisher of THISDAY Newspaper and Chief Executive Officer (CEO) of Arise News Network, Mr. Nduka Obaigbena, has been nominated to be honoured for his contributions to the development of the media industry in Nigeria and by extension the country’s national development by These Executive Minds (TEXEM), a pre-eminent consulting firm in the United Kingdom.

Nominated alongside Obaigbena for their contributions to national economic growth especially at a time Nigeria is reportedly challenged with tough socio-economic times by TEXEM are Alhaji Aliko Dangote, Chairman of Dangote Industries Limited for unparalleled contribution to Corporate Social Responsibility (CSR); Mrs. Aisha Ahmad, a Deputy Governor at the Central Bank of Nigeria (CBN) for impressive promotion of diversity; Dr. Ibe Kachikwu, Minister of State for Petroleum Resources for inspiring effective governance; and Mr. John Momoh, CEO of Channels Television for outstanding leadership excellence in media.

Others slated to be honoured by TEXEM included Mr. Dapo Olorunyomi – Publisher of Premium Times for unparalleled contribution to the independence of the media in Nigeria; Mrs. Chijioke Ugochukwu, Executive Director, Shared Services at Fidelity Bank for laudable achievements in digital retail banking; Mr. Mordecai Ladan, Director of the Department of Petroleum Resources (DPR) for inspiring regulatory leadership; Mr. Chris Ubosi, CEO of Classic FM for outstanding leadership excellence in media in 2018; as well as Mr. Dipo Davies, for commendable contribution to real estate development in Nigeria; and Mrs. Chizoba Mojekwu, CBN Director of human capital development for promotion of human capital development.

The statement explained that while Nigeria was going through a turbulent, challenging, complex and difficult socio-economic phase, the silver lining has been that some venerable individuals were contributing immensely to its progress and that of the citizens.
TEXEM stated that it believed that it was essential to appreciate these trailblazers with the hope that it would encourage and spur them to continue to add value and positively impact society.

TEXEM said the award promotes effective leadership as part of its Corporate Social Responsibility (CSR) initiative of reducing poor leadership which is the bane of many African nations with the aim of improving Nigeria’s fragile socio-economic environment, strengthening institutions, enhancing human capital and ultimately achieving prosperity that endures.

According to it, the award selection process was carried out in four stages which comprise nominations, screening, shortlisting and selection.
The first stage it noted, consisted of nominations of individuals by members of the public based on their track record, professionalism, comparison with peers and positive contribution to society.

“A total of 400 nominations were received and nominators were asked to compile a one-page document that articulates each of the following criteria: effective leadership and by extension good stakeholder engagement credentials’; value adding contribution to society; and professionalism,” it explained.

In the second stage, it said a team of professionals did a screening of the nominations received, and 60 distinguished leaders were successful in this stage.
“Following this, another panel comprising of UK opinion shapers then pruned down and shortlisted three finalists based on the following: biography; contribution to improved organisational performance; enhanced industry leadership; and superlative service to society. In the final stage, the winners of each category were selected after debates and a vote by members of the panel,” it added.

The statement quoted Dr. Alim Abubakre, Chair of TEXEM – UK to have said that the award was TEXEM’s way of inspiring others to raise their game as well as encourage distinguished individuals of excellence who have gone above their call of duty and demonstrated insightful, effective, motivational, consistent and impactful, individual, team, organisational and societal leadership.