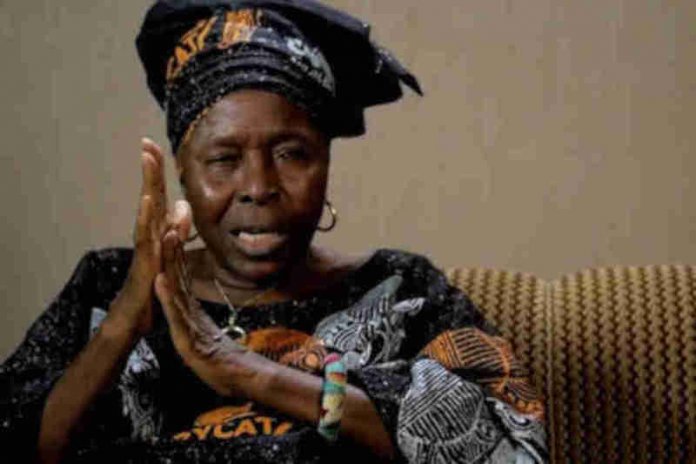 Tinubu said late Oluwole was committed to the development of the Yoruba culture, tradition and philosophy, according to a statement by his Media Officer, Mr Tunde Rahman, on Monday.
The News Agency of Nigeria (NAN) reports that Professor Sophie Oluwole, a top African philosopher, died around 8pm on Sunday evening after a protracted illness at the age of 83.

”Nigeria’s first female doctorate degree holder in philosophy, she truly earned her stripes. She believed in and practiced what she taught and preached.
”She loved and celebrated Yoruba tradition and philosophy so much that she was nicknamed ‘Mamalawo’ (female herbalist).

“Nigeria, the Yoruba race and all those who admire pristine traditions will sorely miss Prof. Sophie.

”Her teachings and works were derived from the Yoruba school of philosophical thought. To her, the ancient African philosopher Orunmila was second to none, ” he said.

“I commiserate with the Oluwole family, the academic community, students who passed through her.

”I pray they have the strength and resilience to continue where she stopped. To the soul of the late Prof, I pray for eternal rest, ” he said. (NAN)