Musicians of the hip-hop genre are becoming prophetic and doing their best to read the mood of the country. They not only reproduce individual anxieties in musical form but also embellish institutional failures and speak about the arrow heads that made suffering an inevitable daily food which Nigerians down the ladder are forced to consume. In 2018, Nigeria levitated into the glorious rank as the leader of the poor in the world. We are also witnesses to the failure in the economy which has left many Nigerians dwellers in the dungeon of lack and hopelessness. Gladly the ‘fixer’ has finally own up that the economy is in bad shape despite years of denial. The one who is supposed to provide electricity and fix roads has further confirmed the mannerism of blame-game characteristic of the broom government. While a few successes were recorded, costly policies and indecisions have had negative consequences on the masses. This is why poverty is today freely sighted on the road and in the closets of many households.

Even if the government ordered the Statistician General of the Federation to include jobs allegedly created in the informal agriculture sector to shore-up the unemployment figure which it thinks is embarrassing, will that obliterate the loss of millions of jobs in the formal sector since 2015? Realising this fact, the President wants us to give him more time, pray for his government, and at the same time tighten our already sagging waistline. Religion has become instrumentalised in Nigerian politics and what we deliberately failed to do, we give spiritual explanations. The ember months are period of evaluation of successes and failures. Nigerians who were promised change must be embittered by the twist of fate in their fortunes. They must be wondering why only sand has been swept by the broom into their Garri while the two wise men in Aso-villa hold the country by the jugular.

Since January 2018, Nigerian youths have been unperturbed by their description as lazy cohorts looking for freebies. Despite losing their jobs, they still engage in different businesses to make ends meet to conquer poverty and send it packing from their lives. But still, poverty is biting harder and deeper. Like the government and many poor Nigerians, young and old, popular musicians in Nigeria too are turning to God. Olamide, the one popularly called Baddo released a single he titled “Poverty die”. In poverty die, Olamide introduces Pentecostal warfare prayer characteristic of Pentecostal Christianity to kill poverty. Olamide sees poverty as a living thing which must be killed for successes to be recorded individually and collectively. It follows therefore that what we lack, that is, our poverty situation, has assumed a life of its own which grows and threatens our livelihoods and survival. Realising the rising level of kidnapping, armed robbery, and killings in the northeast Nigeria, Olamide says we invoke the power of God and not the assurances of the army, the presidency and ‘transmission’ of the police. Therefore, when spiritual security is active, the poverty of insecurity must die. He says “when I wake up, no be by my power oo, Oluwa lo kuku so wa o (The Lord is the one guarding us) I go down on my knees and thank God ooo. Poverty Die die die die, Poverty die die die”

Olamide invokes the Supreme Being not to allow bad-luck near our dwelling (Country). By implication it amounts to being unfortunate to be governed by wicked people since bad governance is poverty. It is bad-luck to vote terrible people using umbrella to cover themselves and tracks while others sweep fortunes to themselves and sadness to others. To Olamide, it is ill-luck to be governed by people who usher in penury into the life of the ruled. This condition must die. Nigerians want bad-luck, penury, cash-less conditions to die in their lives. Hence, you see them in churches with warfare prayers to kill poverty in their lives. As Baddo voiced these; “I dey hustle make the poverty japa ooo. K’oriburuku ma lo ya ile wa ooo (let bad-luck not stop by our house). Poverty Die die die die, Oriburuku ji nasi ‘le mi, (Bad-luck, go far away from my house) airina ji nasi’le mi (Penury, go far away from my house). Ailowolowojina sile mi (cash-lessness get far away from my dwelling)”.Agreeably, bad governance in Pentecostal parlance is an affliction. Pretentious leadership is a plague.

Meanwhile, like Adam’s blame game on God for giving him Eve who persuaded him to eat the forbidden fruits, the broom party go all down low with accusation of Goodluck Jonathan for their complicit late cabinet composition. With incoherent spoke-persons and the President loyal to the colonial homeland, the government distances itself from the ‘poverty’ situations at home. Thus, while people go to church and mosque to pray for the country, the topmost prayer should be to make their lives better and all those making their lives hellish should be removed by Holy Ghost fire! Burning enemies and poverty situations have become common prayer points which dominate Pentecostal Christianity.

Folding Olamide’s warfare prayer song into the election season helps to understand the importance of undoing bad decisions of the past, revising ones positions and stance and deciding whether to continue trekking on poverty tracks of the umbrella and the broom or negotiate new deal with emerging stakeholders. Taking this decision sets the tone for the 2019 elections. This decision making moment accounts for why marriage and divorce become preponderant in the last quarter of the year. Men and women in violent relationships decide to go separate ways this time of the year because no danger must ride with them into the New Year.

Ironically, it is the same period others are tying nuptial nuts. It is interesting to note that just like fake progressive politicians are sweet-talking Nigerians to vote them in 2019 as the messiah, the woman that ends in abusive relationship was also sweet-talked into believing she decided rightly. But an innate quality in discerning human being is standing up when one has fallen and never to be cajoled again. In ‘Poverty die’ Olamide invites Holy Ghost fire to consume all the problems and burn them.

The consequences of ‘poverty’ in its manifestations are telling in today’s Nigeria that even the blind can see it. Lack of good leadership is a poverty condition that remakes the fortune of a country for the worst. It makes the beautiful person ugly. Apart from lack of committed, empathetic and truthful leadership, Nigerians die in droves due to death health centres while students spend their prime at home owing to unwillingness to invest in public education. But as Olamide describes ‘poverty’ as his ‘ex’, Nigerians can undo these selfish messiahs in 2019. Olamide’s ‘Poverty die’ is metaphorically mirroring ills and the instrumentalisation of the spiritual to counter the physical. To end poverty of poor health infrastructure, bad economy managers, poor public education investors and clannish in decision takers, Nigerians must use their votes to kill the ambitions of human afflictions in the polity. 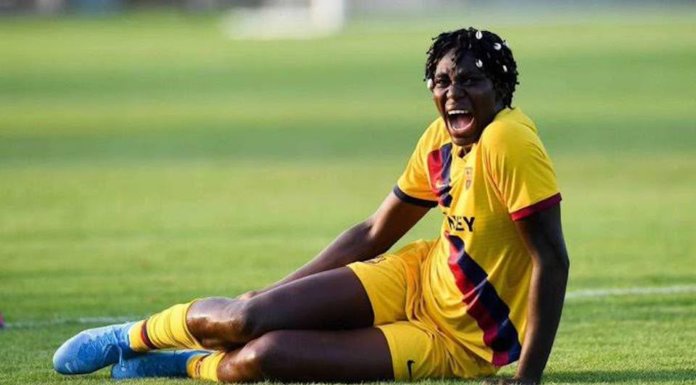 Lukaku Aims Dig at Ibrahimovic after Inter’s Serie A Triumph