Determined to ensure peace and safety along the state’s creeks and waterways, Cross River Governor, Prof Ben Ayade, yesterday, granted amnesty to the members of the dreaded Bakassi Strike Force.

Over a hundred of the militants who took up arms following the ceding of the Bakassi peninsular surrendered their weapons.

Governor Ayade’s amnesty gesture which was the outcome of collaboration between the federal government, the state government and the Operation Delta Safe was aimed at sustaining the state’s safe investment climate.

Addressing the ex-militants at Ikang, headquarters of Bakassi Local Government Area, Ayade said: “I have a duty as a father to protect all citizens and a responsibility as a governor to ensure security of lives and property. Therefore, there is a complex relationship between my office as governor and my traditional role as a father. In the light of this, therefore, allow me the luxury to maneuver through such an agony that I have found myself today. It is totally unacceptable, no matter the circumstance, for any citizen of Nigeria who is not trained to bear arms to carry arms. To that extent, I wish to particularly thank President Mohammadu Buhari, the Chief of Army Staff and the Commander of Operation Delta Safe for making this event possible.

“We thank you for your patience, tolerance and understanding that despite your superior fire power to take them out, you have chosen to allow dialogue to prevail and in the process, you showed compassion, humility and that truly, you love the people of Bakassi and indeed, Cross River State. And by so doing, lives are saved and this is the real essence of governance.”

While not justifying the activities of the militants in Bakassi, Ayade regretted: “The Bakassi Strike Force, led by Benjamin Ene, who is from where we are building our deep seaport, though originally not designed as a criminal gang, became a product of agitation to draw attention to the painful and sad loss of identity, ancestral heritage and a means of livelihood, occasioned by the heartless ceding of Bakassi peninsula without a plebiscite or a referendum with the attendant loss of our oil wells, pain, hunger and suffering that has characterized the state since the loss. This has gone on without the correspondent commitment and concern from the federal government.”

According to the governor, “Naturally, when all avenues for negotiations have failed, people are forced to attempt alternative methods of seeking redress,” he said, regretting that the militants chose the wrong option in their attempt to draw attention to the plight of the people.

Ayade expressed happiness that the young men have now seen the folly of that decision and have repented.

“So, I thank you for submitting to reason. I thank the Bakassi Strike Force, as it then was for coming out of hiding. As I look at you, I feel pain and a sense of shame, defeat as a governor that it took me this long to bring my brothers out to come join me to build the Cross River of our dream. We welcome you back home, and as we welcome you, we do so with all sincerity and every fiber of my being to respect all the terms of the memorandum of understanding contained in the agreement.”

While surrendering to the joint military task force, ex-leader of the now defunct Bakassi Strike Force, Benjamin Ene, said the amnesty represents freedom to his group.

“You have won the battle and the war and we have won our freedom. We want to pass the message of the suffering of our people to the government and the relevant organizations worldwide that though, not totally addressed, may I use this opportunity to thank all the stakeholders, particularly President Muhammadu Buhari, Governors Ben Ayade, Udom Emmanuel, Commander, Operation Delta Safe, Rear Admiral A. O. Suleiman and other security agencies, Architect Bassey Eyo Ndem, among others, for this historic amnesty being granted by the governor.”

According to the ex-militant leader, “My boys who are still in various detention camps and awaiting freedom appreciate this gesture and hereby willingly surrender our arms and never to go back to armed struggle or insurgency but to be law abiding citizens and pass all our grievances through every lawful means.”

While taking custody of the arms, Rear Admiral Suleiman disclosed:

“When I met with the governor, I told him that we shall not grant amnesty based on any conditions. I insisted on an unconditional surrender. We also met with the agitators and made it clear to them that once they surrendered their arms, we will on our part do the needful. Ours is sacrifice and service to our fatherland. We do not need praises. What we are doing is a job we have made sacrifices to do.”

Insisting that the joint task force would stop at nothing to rid the state of criminality , Suleman said: “We will fight criminality to its logical conclusion around the shores of Cross River State. We are apolitical as we are only discharging our role as defenders of our country. We have a mandate to protect the oil and gas infrastructure and that we will not compromise.” 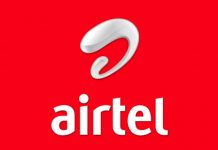 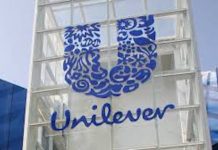 To Stop Spread of Coronavirus, 3 Chinese Cities Put on Lockdown