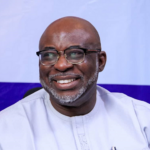 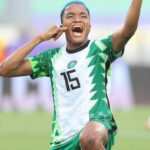 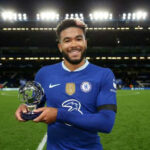 But in a swift reaction, the embattled lawmaker said declaring his seat vacant was an act of  recklessness on the part of the state assembly.

This is coming as the state chapter of the Judiciary Staff Union of Nigeria (JUSUN) yesterday declared an indefinite strike over unpaid six months accumulated salary arrears by the state government.

Linus is a former member of the All Progressives Congress (APC) who defected to the PDP and picked the state assembly ticket for second term.

Abdullahi in his motion stated that based on his investigation, which was later transmitted to the assembly by the state Chairman of APC, Alhaji Abdullahi Bello, the lawmaker contravened section 109-1 subsection G of the 1999 Constitution as amended.

The motion, which was seconded by Hon. Ahmed Mohammed, resulted in heated argument from PDP members in the assembly because the matter wass already in court.

This was however overruled by the Speaker.

However, the motion was put to voice vote and three members voted in favour while two voted against.

Meanwhile, the embattled lawmaker said declaring his seat vacant was an act of recklessness on the part of the assembly.

While speaking with journalists, Eneche described the lawmakers’ action as null and void especially as he had gone to a Lokoja High court seeking interpretation of section 109 to know if the speaker can declare his seat vacant.

According to Eneche, it was wrong for the state APC Chairman to have written the assembly to declare his seat vacant.

The state Chairman of the union, Emmanuel Waniko, in a statement issued yesterday, said the union had to embark on an indefinite strike since the state government had refused to pay them their salaries.

“The leadership of the union has been battling the state government on compliance with a 2014 federal high court judgment that mandated each state government to respect section 121(3) of the constitution that stipulates the financial independence of state judiciaries.

“Failure of both Niger and Kogi States governments to comply with the judgment compelled JUSUN to seek a garnishee order which was secured against the two states’ bankers recently,” he stated.

He argued that while the garnishee order was suspected to have been violated by Kogi State Government, the union has declared the strike in reaction to the government’s refusal to release judiciary’s subventions from which salaries are paid.