Indications that the new regime of Dr. Kayode Fayemi would centre on people and infrastructural development of Ekiti State emerged shortly after the governor was sworn-in on October 16. To demonstrate to the people that his government would be open to all, Fayemi embarked on a tour of the three senatorial districts, where he spoke of his plans and listened to leaders of various communities.

The day after the inauguration, the train took off from Ido Ekiti, where political leaders and representatives of each of the towns within Ekiti North Senatorial District converged and poured out their mind on sundry issues. Same day, it moved to Ikere Ekiti, where the governor and his team met people of Ekiti South Senatorial District. At both meetings, the chairmen of the All Progressives Congress in various local governments spoke on behalf of their people and appealed to Fayemi not to shift from his first term approach of touching all towns and villages. According to them, it was through such approach that everybody would feel the impact of government.

They sought solution in different areas of human endeavours, including agriculture, youth unemployment, education, tourism, workers and pensioners’ welfare from the new administration.

On October 19, it was the turn of Ekiti Central, which comprises Ado, Ekiti West, Ijero, Irepodun Ifelodun and Efon Alaaye local government areas. The chairman of the senatorial district, Mr. Bankole Abayomi Jekoyemi, set the ball rolling by assuring the new administration of the determination of the people of the five local governments to support Fayemi. He, however, called on the governor to reciprocate their good gesture by touching lives in all the villages and towns through physical and human development.

While describing the new governor as a political enigma, who understands the plight of Ekiti people, especially workers, the senatorial chairman urged the governor to correct the errors of the immediate past Peoples Democratic Party (PDP) administration.

Also speaking at the town hall meeting, the chairman of the APC in Ekiti West Local Government, Prince Olu Aladeloye reiterated his people’s support for the new administration but pointed out that the last administration under Mr. Ayo Fayose abandoned the local government.

“Today is a day that our God has ordained, we thank Him for the new administration and we thank him for the peaceful outcome of the July 14 election. Now that the job has started, we are appealing to the new government to help the people of Ekiti West, who suffered most under the last administration. Specifically, the Aramoko – Erijiyan –Ikogosi road down to Ipole Iloro, which is strategic to the business growth of the local government, is in total dilapidation. For four years, former Governor Fayose promised us but at the end, the road is still as it was four years ago. Ikogosi Warm Spring and Arinta Water fall, two major tourist centers in our local government have been left unattended to. Mr. Governor, it will interest you that all the structures you put on ground before you left office in 2014 had been looted and the spring is now in its sorry state. Kindly look into this as well as replicating such in Okemesi, the home of legendary Fabunmi and Erio Ekiti, which has become a religious Mecca in the country,” he said.

This was also the position of political leaders from Ijero, Ado, Efon and Irepodun Ifelodun local governments, who all took time to point out the deficiencies in their respective domains.

Responding, Governor Fayemi appreciated the fact that all the leaders spoke their minds and assured the people of the senatorial district that no town or village will be left untouched by the end of his administration. He also used the forum to address the request in some quarters on payment of salary and welfare package for the elderly, through which monthly allowances were paid until 2014, when he left office.

The governor also used the opportunity to address the issue of his first set of appointments, which has been criticised in some quarters to be lopsided as all of them are Christians and from the same senatorial district. While he appreciated the concern of those who questioned him on this, he pointed out that there are more appointments to come and that what should be paramount is competence and excellence.

Speaking further, Dr. Fayemi promised that his government would not fail the people of the state. He said that his administration has no reason to fail, considering the experience he had garnered as a former Governor of the State

“Let me say this, neither my Deputy Governor-elect, Chief Bisi Egbeyemi nor myself consider ourselves as having a repository of knowledge or have answers to all Ekiti problems, so we are relying on your wealth of experience. Our people are in a serious mess. Poverty has risen and we have to move fast to ameliorate their sufferings,” Fayemi added.

editor - October 31, 2020 3:03 am
14
BY DELE MOMODU Fellow Nigerians, let me start by thanking God for my unusual mindset. I’m also grateful to those who have mentored me in... 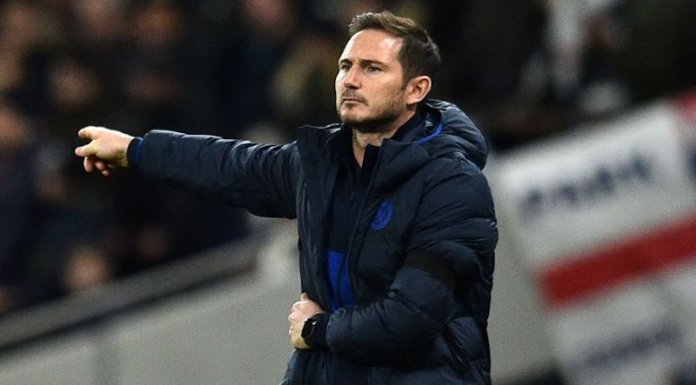