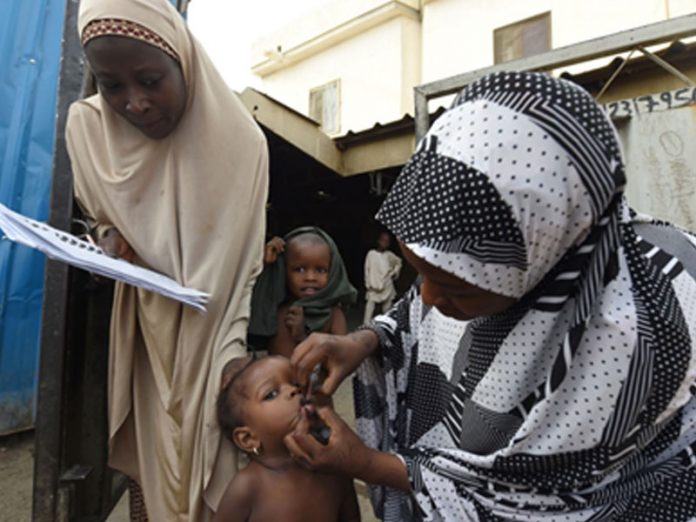 The six governors had signed a five-year Memorandum of Understanding (MoU) to strengthen routine immunisation (RI) and polio eradication. The MoU was extended recently from 2018 – 2022; to include revitalisation of primary healthcare in the respective states.

During the bi-annual review, which spanned two days, the progress made by each of the six states in terms of RI and polio eradication was analysed and suggestions on improvement made.

Yobe State, in particular, was singled out for commendation for making the most remarkable improvement in its RI efforts since the MoU was signed.

In his comments, Dangote, who acknowledged the efforts of the state governments to eradicate polio among their populations, called for greater involvement of the traditional leaders in the RI process.

While advocating for improved data quality from the governments and all relevant stakeholders, he also sought timely release of counterpart funds from the partner state governments to sustain the process, adding that the Aliko Dangote Foundation will release its obligation once the states have deposited their own funds.

According to Dangote, “while it is very good to see your survey coverage for immunisation increasing, the difference between your administrative data and survey data is still very high, and this leads to many expensive repercussions – such as significantly more vaccines being distributed than what the surveys show coverage at.

“In order to have an efficient and economical system with accurate supply and demand information, you will need to do more to improve your data quality.

“I would like to convene all the governors in person in December to discuss the SMART Survey results, the LQAS and the progress you are making to address the data quality issues.

“This is in line with NPHCDA’s National Emergency RI Coordinating Centre and its ongoing support to your state around data quality improvement. To conclude, I would like to see a plan that shows how your team intends to reduce within 15 per cent the variance between administrative and survey data annually.”

Likewise, Gates, Dangote and the UNICEF commended the progress made by the Yobe State Government in the immunisation of children within the last six months.

Gates, who spoke via video-link, said, “It is encouraging to see improved results on routine immunisation over the last four rounds.

“Yobe State has shown the greatest improvement among all the six participating states. I give you a plus to that”.
He commended Governor Ibrahim Gaidam for his administration’s efforts and commitment, and urged him to sustain the tempo.

Nigeria is moving inexorably towards being certified polio-free, with the support of the Foundations, the responses from the six Northern states and the National Emergency Response initiated in January 2018 by the NPHCDA under the auspices of the Federal Ministry of Health.