The Women in Media Development Initiative (WIMDI) in collaboration with Women in Politics Forum (WIPF) and Centre for Democracy and Development (CDD) has urged media organisations to make concerted efforts in projecting women who are contesting for elective positions in the 2019 general elections.

The President of WIPF, Ebere Ifendu while giving her remarks at the ‘Media and Elections Campaign: Gender Responsive Reporting’ training for women journalists, in Abuja stated that there was a need to forge a good relationship with the media to project female candidates.

She said, “Women in politics need visibility from the media. The 2019 elections are just around the corner, we have women candidates and the major thing we need from the media is visibility. 80 percent of the women contesting actually don’t have money to pay for visibility but you can do a lot to project them. The media are the greatest people in this country and all over the world that can influence voters.”

“If you present our candidates as women that can win and deliver, the populace will listen, but if you are not talking about them and you are projecting only the men, that’s why you hear people talk about, this election being about Buhari and Atiku.”

Ifendu lamented that nobody is really talking about Oby Ezekwesili, who according to her is more articulate and qualified than Buhari and Akitu.

“We have a woman as articulate and as qualified as Oby Ezekwesili contesting and nobody is even talking about her. Why are saying that it’s just between Buhari and Atiku. Oby is very qualified and if you ask me more qualified than the two but we are not talking about her. This an opportunity for us to interact with women in politics and then the media.”

Ifendu appealed to the media organizations to project the female candidates, by giving them serious publicity.

“We hope to get partnership with the media for serious publicity of the female candidates. The women are ready to be interviewed. Let’s work together lets project our women, let’s see what we can do in having more women in governance. We lost during the last primaries, instead of having more women contesting next year, the numbers dropped due to party politics, internal party democracy that’s lacking, the high cost of forms and so much harassment and intimidation. So the few women that are contesting I don’t want to hear that they didn’t win the election. Also appointive positions are there, if we project this women, government will see that’s need to appoint them.”

Also the country representative of International Republican Institute (IRI), Sentell Barnes, in his goodwill message urged the media to be agents of change and not stereotypes.

He also called on women participating in politics to make good use of the tools the media provides to put their ideas out.

According to him, “You can’t fix institutional discrimination overnight, we have to have a coordinated effort among many in the political spheres, from the political parties to leaders. It’s a concerted effort not an overnight thing. I think there’s a deliberate effort to exclude women but I also think there’s an unconscious effort. It’s important women use the tools media provide. we need to get the women in the media talking.” 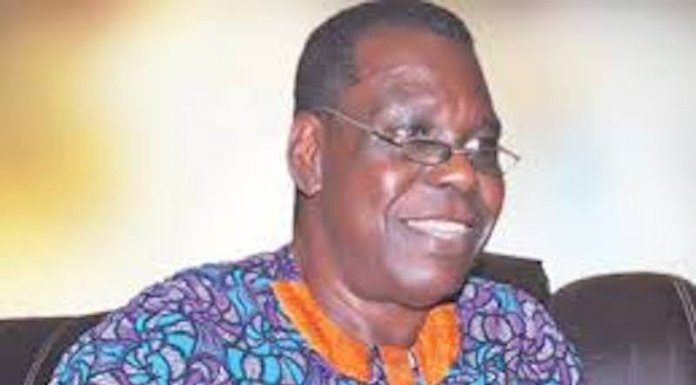