After recording a loss N14 billion in 2017 due to the cleaning up of its books, Unity Bank Plc needs to work hard in order deliver value to shareholders, writes Goddy Egene

“The bank (Unity Bank Plc) is negotiating with potential investors for investment in its equity to address the negative capitalisation. Management is optimistic that negotiations shall be successful. Consequently, management is of the opinion that the application of the going concern assumption is appropriate.

The audited results of the financial institution for 2017, had shown a loss and negative capitalisation.
According to the bank, the loss resulted from the decision to totally de-risk its balance sheet in order to create improved shareholder value.

A further analysis of the results indicated that total loans and advances declined from N277l2 billion to N8.958 billion while customers’ deposits stood at N253 billion compared with N264 billion the previous year.
But given the nine months results of the bank, it has returned to profitability, though showing a decline compared with the corresponding period of 2017.

Bank Explains Performance
The bank attributed the negative performance in 2017 to a total de-risking of its balance sheet, ridding the bank of toxic legacy assets and paving the way for significantly improved return on shareholder value in the coming years.
According to the bank, it successfully write off a total of N16 billion, being Goodwill that arose from legacy merger issues.

“This one-off de-risking strategy that has cleaned up the bank’s books impacted the bottom-line leading to a net loss of N14.2 billion,” it said.
Unity Bank explained that the ratio of non-performing loans standing at zero per cent, a clear indication of the management’s excellent risk assessment for the period. The performance indicated a marginal loan-to-deposit ratio of 3.6 per cent, pointing towards a significant room for growth and the attendant income boost.

The bank said although financial performance declined in 2017, as the bank took the bold action to tackle the lingering effects of legacy problems, the new board and management of the bank took firm and strategic action in a bid to eliminate the drag on it in the form of huge legacy non-performing loans, an inefficient operating structure which manifested in excessive costs, poor branch spread and inadequate application of technology amongst others.
These strategic initiatives, amongst others, the bank’s said, are geared towards its complete transformation and setting it on the path of strong and sustainable growth and profitability.

“The courageous action taken by the bank towards cleaning up the observed issues thus resulted in a negative capital base but also gave birth to a leaner, smarter and dynamic Bank with a healthy Balance Sheet,” the bank said.

To sustain the new momentum and return the bank to one of the best performing in the Nigerian market, the bank said it has been making significant progress in its ongoing capital raising exercise. The bank it is firmly on course to achieve sustainable growth and sound performance.

Unity Bank said it is optimistic that its liquidity and working capital would be significantly enhanced with the anticipated successful capital raising exercise, a development that will make the bank one of the most liquid in the Nigerian market.

It also said that with a zero non-performing loans portfolio and the now enhanced credit management process, Unity Bank has solved its debilitating legacy problems and will move more sure-footedly towards sustained revenue and profits growth, while capital adequacy is expected to rise above the regulatory minimum after the capital raising exercise.

In addition to this, the bank said it has taken a number of strategic initiatives among which include; a revised market focus that has, and will continue to increase agriculture and agro-allied financing, youth and digital banking and women financing; enhanced retain banking drive; cost containment, among others.

The Recapitalisation Effort
The bank recently disclosed that it is on the verge of finalising a capital injection agreement with some foreign investors.
Managing Director/CEO, Unity Bank Plc, Mrs. Tomi Somefun, who disclosed this in Lagos, said the bank would soon finalise a memorandum of understanding (MoU) that would lead to the anticipated capital injection in the commercial bank. But, she declined to disclose the identity of the parties as well as the anticipated sum.

Somefun said: “All I can assure you is that this time around, it is very clear and it is not Milost. All I can say is that one of the parties is the second largest infrastructure finance institution in Asia.

“Even though we have closed the process, some of the parties we had engaged before are saying they want to invest, because the bank is now looking good.
“Two years ago, we were the one chasing these investors. But we have told them to wait until we close this deal and any other party that wants to join, we can talk under different arrangement.”

According to the Unity Bank boss, due diligence had been done on the prospective investors.
She pointed out that “what is still left is procedural or finalising that engagement.”
“And because the Central Bank of Nigeria has seen what we are doing and they appreciate the efforts we are making and we have been carrying them along.

“So, I would call the incidence with the Nigerian Stock Exchange (NSE) last week an unfortunate one because we had intimated the NSE about what we were doing and we explained to them that the strategy was to finalise our MoU with prospective investors,” she said.

Somefun disclosed that the bank sold off bad loans of about N400 billion last year in order to clean up its books and return to profitability.
“Why did we make huge loss last year? We sold off the remaining of our bad loans.
“In fact, the business of this bank almost became debt recovery. We found out that we were spending so much time on debt recovery, so we decided to sell the legacy NPLs in 2017.

“We also wrote the goodwill that were in the books as at the time of the merger. All of that put us in negative of N14 billion loss.
“So, we were delaying, expecting to conclude the MOU before we release the results. Also, because of the sale of the NPLs, the CBN wanted to be sure that those accounts were not performing.

“Unfortunately, the NSE decided to take that action on November 1 and immediately we complied, we were reinstated
“I make bold to say Unity Bank has not recorded the kind of recognition, public acceptance and diverse patronage it has enjoyed in the last three years.

“However, you will not see a reflection of that in the revenues because of the challenges of huge NPLs we had to contend with,” she said.
After the bank secured the mandate of its shareholders to recapitalise, it had engaged in series of discussions and engagements with prospective investors.

One of such investors Milost Global Inc, a United States based firm.
The firm had planned to invest a $1 billion in the bank. But in March this year, the company said it would no longer go on with its planned investment in the bank as earlier announced by its chief executive officer, Kim Freeman.
But Unity Bank denied signing any agreement with Milost.

Border Closure Not Effective in the North, Residents Lament 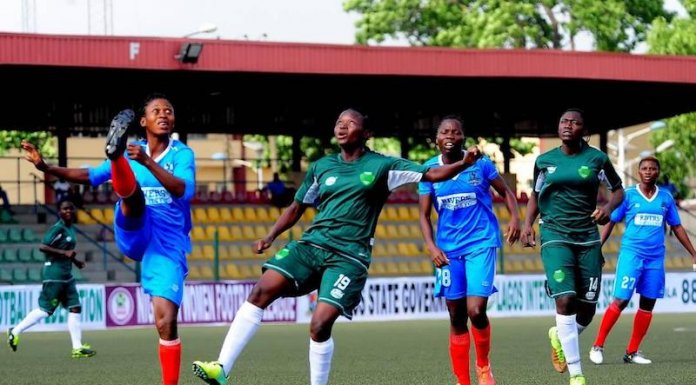