With seven representatives out of 12 contestants in the second group of the semi-finals, Ogun State has secured three slots in the finals of the ongoing 2018 Cowbellpedia Secondary School Mathematics Television Quiz Show, sponsored by Cowbell Milk, the leading brand of Promasidor Nigeria Limited.

The outstanding performance of Gabriel Akogun of Welkin International School, as well as Juliet Ekoko and Enoch Adelekan, both of The Ambassadors College, all in Ota, placed Ogun State ahead of other states in the finals.

In the junior category, Akogun, who qualified for the final along with Chiedozie Uzochukwu of Nigerian Tulip International College for Boys, Abuja, defeated Iyunade Ogundana of Greater Tomorrow Model College, Ado Ekiti.

Akogun, son of a teacher, scored 97 per cent in the qualifying examination and expressed confidence about his ability to win the ultimate prize.

For 14-year-old Chiedozie, who recorded a perfect score in the qualifying examination, held in February, the glory goes to his parents for firing his interest in Mathematics. “My goal is to win the competition and I will be very happy if I win because it will be a good compensation for all my efforts,” he said.

In the senior category, Ekoko and Adelekan sealed the fate of their four rivals: Amara Aronu, Emmanuel Igban and Oreofe Daniel, all from The Ambassadors College, Ota, as well as Ayomiposi Adiji from Preston International School, Akure, Ondo State.

Ekoko, who was the 2016 junior category winner, said her experience on the Cowbellpedia TV quiz show was exciting and interesting. “I have been a champion and I will feel very great to be crowned champion again.”

On his part, Adelekan expressed relief for reaching the final and prayed that he becomes the champion to make himself, his parents and his school proud.

In the spirit of the 20th anniversary of Cowbell and Mathematics in Nigeria, this year’s prize money has been doubled as winners in both categories will receive N2 million each with an all-expense paid educational excursion abroad; while the first and second runners-up will receive N1.5 million and N1 million respectively.

Meanwhile, preparations have commenced for next year’s edition of the competition. According to the organisers, the 2019 Cowbellpedia registration portal is now open for secondary school students across the country. 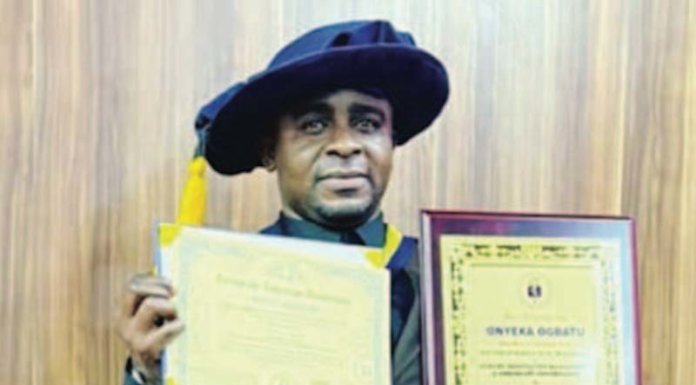