The Deputy National Publicity Secretary of the All Progressives Congress (APC), Mr. Yekini Nabena, has said that neither former President Olusegun Obasanjo nor his deputy Atiku Abubakar can beat President Muhammadu Buhari in an integrity contest.

He said the fact that Obasanjo had once described Atiku as a corrupt, disloyal and unpatriotic leader who was not fit and proper to handle the mantle of Nigerian leadership is enough to rubbish any sudden endorsement from him.

In a statement made available to THISDAY on Sunday, Nabena said that Obasanjo contradicted himself when he made a volte face to tell Nigerians that he had forgiven his former deputy.

“Throughout their second tenure in office (2003-2007) and until last fortnight, former President Olusegun Obasanjo had described Alhaji Atiku Abubakar as a corrupt, disloyal and unpatriotic leader who was not fit and proper to handle the mantle of Nigerian leadership. Only recently, Obasanjo vowed that God would not forgive him if he supported the presidential aspiration of Atiku as ‘it would amount to handing Nigeria over to sharks and looters’,” Nabena said.

The APC deputy spokesman stated that soon after his declaration, Obasanjo made a volte face and announced he had forgiven Atiku and that he had decided to also support his presidential aspiration.

According to him, Obasanjo’s message to Nigerians therefore was that his former deputy, whom he had accused of various acts of corruption, had suddenly become clean, credible and prepared to lead Nigeria.

He said it was surprising that Obasanjo who had accused Atiku of corruption tendencies, suddenly turned around and declared the sinner forgiven and eminently qualified to govern Nigeria.

“It is this tendency towards indecision, insincerity, double talk and deception that has made Nigeria ridiculed in the eyes of the international community. A statesman is known for his principles and his statements are based on the strength of his convictions.

“When a supposed national leader makes declarations that are subject to change at any time based on his mood, such a leader loses his integrity and reliability,” he said.

Nabena also faulted the integrity and nationalistic image being brandied by the PDP’s 2019 vice-presidential candidate, Mr. Peter Obi, describing him as double-faced and pretentious.

He said that many world-class shopping malls owned by Obi has been springing up in various cities in Nigeria soon after he left office as Anambra State governor.

“Nigerians cannot be deceived, we have seen them all – Presidential Library, Bells and American University of Nigeria, Breweries and Shopping Malls, all established with largely public funds but privately owned by public officers,” he said.

Nabena said President Buhari as a former military Head of State and Petroleum Minister made no attempt to acquire an oil well, private jet or estates in Nigeria and abroad.

“Muhammadu Buhari is definitely different from the double-faced candidates seeking election,” he said. 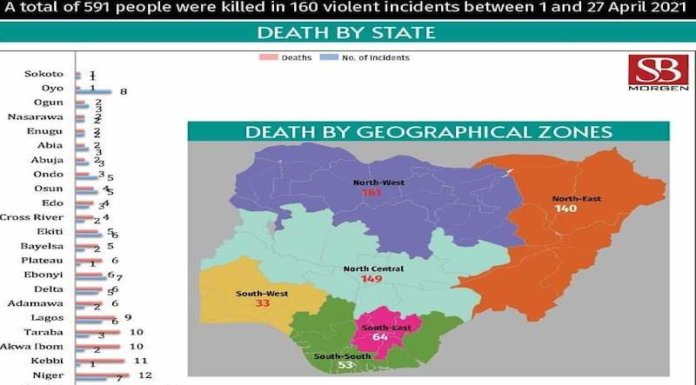