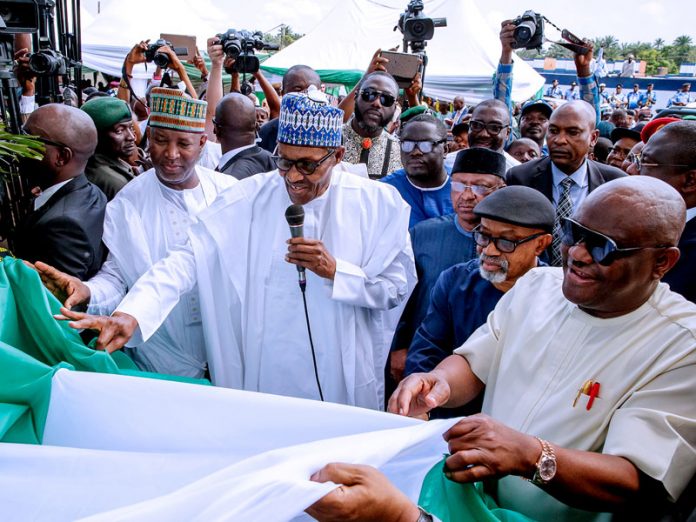 He promised that his government would modernise the country’s airports’ infrastructure and expand the facilities to accommodate more air travellers in order to meet projected increase in passenger movement.

Speaking at the inauguration ceremony, Buhari stated that the new project was in fulfilment of part of his promise to upgrade Nigeria’s transport infrastructure in all geo political zones of the country.

The president said the federal government was poised to ensure that the country developed into a regional air transportation hub.

“You will recall that after opening the major airport terminals in the country in the late 70s and early 80s, not much was added to increase the passenger handling capacity of these facilities by successive administrations.

“Although, palliative measures were periodically carried out, the facilities were fast giving-in to the effects of wear and tear. It therefore became necessary to take decisive action to ensure our terminals meet minimum international standards for the travelling public.”

Buhari reminded his audience that he had in the 2017 budget, I promised to upgrade Nigeria’s transportation system and complete a number of projects that would be economically beneficial to the nation, saying these included the construction of new terminals, railways and power projects.

He listed his projects to include construction of new terminals at the country’s five major airports, numerous major road projects, key power transmission projects, and the completion of the Kaduna – Abuja as well as Itakpe to Warri Railway lines.

According to him, “Nigeria having an advantageous central location within the sub-region and our desire to develop into a regional air transportation hub, must upgrade its facilities to take advantage of its assets.

“This will make air travel more affordable and subsequently lead to the creation of jobs by the air transport service value chain as well as increased revenues for government.”

He commended the people of the South-south region and airport users for their patience during the period of construction.

In his speech, Rivers State Governor, Mr. Nyesom Wike, called on prominent Rivers indigenes and Nigerians to stop de-marketing the state as it is in the best interest of the entire South-south region for investments to flow into the state.

He said, “I urge all of us who are from Rivers State and others from Nigeria to market Rivers State and not de-market it. With this, people will come and invest in the state. Other airlines will also operate from this airport.”

The governor stated that Rivers State was safe and secure for investments, hence the execution of key projects without hitches.

Wike assured Buhari that the people of Rivers State and indeed the South-south were happy with the project, adding that it would boost further investment in the state.

Wike said, “I can tell you this today that the people of Rivers State and the Niger Delta are happy with you Mr. President. This terminal here will help the drive of the state to grow the economy and it will attract investment to the state. What has happened here shows that Rivers State is safe, Rivers State is secure and if it was not CCECC will not have been here to construct this.”

Speaking earlier, Minister of State for Aviation, Senator Hadi Sirika, said the project, which commenced in February 2014, along with three other airports in Lagos, Abuja and Kano, was funded through the China Exim Bank loan of $500Million with another $100Million counterpart fund from the government of Nigeria.

Sirika said although the expected time for the completion of the project was two years, work was below 30 per cent as at the time the Buhari-led administration came on board in 2015, due to technical challenges.

The International Air Transport Association (IATA) had projected that the world passenger traffic would rise to 8.9 billion in 2030 and Nigerian would be significantly affected.

Meanwhile, the Peoples Democratic Party (PDP) has said that the ‘theatrical commissioning’ of the Port Harcourt Airport Terminal by the president was another failed media stunt to create a false impression that he is performing, The opposition party claimed that the project was conceptualised, articulated and financed by the President Goodluck Jonathan administration.

It said if anything, the Buhari administration, in its incompetence, only succeeded in delaying the completion of the project, which was perfected by the PDP, including payments to contractors.

The National Publicity Secretary of the party, Mr. Kola Ologbondiyan, in a statement yesterday in Abuja, said Nigerians were amused when Buhari’s handlers brought him to Port Harcourt, Rivers State, for the first time since his inauguration in 2015, only to orchestrate another failed attempt to claim credit for project executed by others.

According to him, “ President Buhari’s theatrical commissioning of the terminal built by the PDP administration is another failed media stunt to create a false impression that Mr. President is performing, even when he made no contribution whatsoever towards the execution of the project.”

Ologbondiyan added, “It is to say the least appalling that after three and half years, a President, who is seeking re-election, cannot point to any development project, initiated and executed by his administration in any part of our country.”

“Instead, our dear President has been moving around trying to claim credit for projects executed by the PDP, all in a desperate attempt to cover his failures in governance.” He said that was the same way Buhari and the All Progressives Congress (APC) attempted to claim credit for the Abuja Light Rail Project, even when it was public knowledge that the project was conceptualised and policy-propelled by the PDP.

“We know that President Buhari is eager to stuff up his false performance claims ahead of election, but doing so with the achievements of others is the height of desperation and deceit, which has already become repugnant to majority of Nigerians and the international community,” he said. 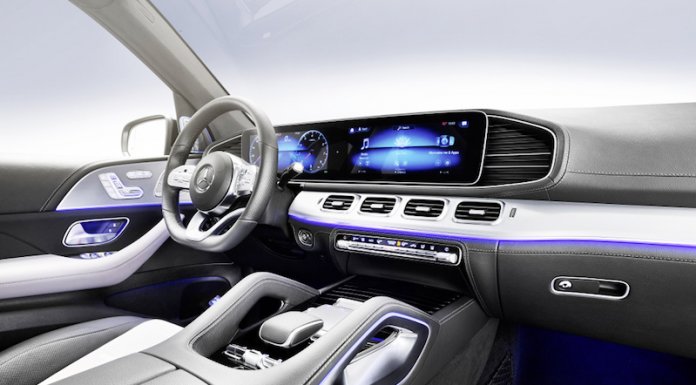