The Senate and the House of Representatives yesterday passed the Independent National Electoral Commission (INEC) budget for the conduct of 2019 general elections, approving N242 .245billion for the polls.
Both chambers approved the estimates forwarded to them by President Muhammadu Buhari and subsequently ended several months of impasse, which stakeholders had feared might jeopardise the conduct of the polls.

But there might still be issues of the source of the funding of the budget as the legislature insisted that it should be vired from the N500 billion approved for the Special Intervention Programme (SIP) in the 2018 budget instead of the National Assembly’s special projects votes as requested by the president.
In the Senate, senators altered proposals made for the Nigeria Police Force (NPF), the Department of State Service (DSS) and office of the National Security Adviser (NSA).

While the Police in the original proposal forwarded to the National Assembly by the president through a virement seeking letter in July has N30bn earmarked for it, Senate approved N27.341bn just as it also reduced the N12,213,282,455 proposed for DSS to N10.213bn.

The N5bn raked from Police and DSS earlier budgetary projections for the elections were, however, added to N4,281,500,000 earmarked for the office of the National Security Adviser jerking it up to N9.481bn.
The N189bn budgetary proposals for INEC, N2.628bn for National Immigration Service (NIS) and N3.573bn for the Nigeria Security and Civil Defence Corps, were, however, retained and approved as requested for by the president.

The approvals were sequel to the recommendations made to that effect by the Appropriation Committee.
The committee in its report presented at plenary by its Chairman, Senator Danjuma Goje, also differed with the president on source of virement for the N242bn.

While the president in his July letter, urged the federal lawmakers to vire the money from the N578bn special votes they inserted into the N9.12trillion 2018 budget through addition of about 1,403 projects, the Senate in its approval directed that the virement should be from both the recurrent and capital estimates of SIP.
Specifically, N194.7 bn out of the N242bn would be vired from N350bn recurrent component of the SIP while the balance of N47.498bn would be vired from its N150bn capital component.

In his remarks, the Senate President, Dr Bukola Saraki, said, “The much expected elections budget has been passed and approved here in the Senate.
“It is the hope of the National Assembly and Nigerians generally that with this approval, INEC and other relevant agencies will ensure credible , free, fair and safe elections come 2019.”

This is sequel to a motion moved at plenary by the Minority Leader, Senator Biodun Olujinmi, who came under Orders 42 and 52 to draw the attention of the Senate to the alleged mishandling of $3.8billion Subsidy Recovery Fund (SRF) in the custody of the NNPC.

The senator while speaking on the matter of urgent national importance accused both the Managing Director and an Executive Director of the NNPC as sole signatories to the fund “without recourse to the National Assembly Joint Committee on Appropriation”.

The account, she said, had become a slush fund and therefore urged the Senate to compel its Committee on Petroleum (Downstream) to ask the NNPC on why the fund was being managed by the executive without the knowledge of the legislature.

Contributing, Senator Ali Ndume, opposed the suggestion that the Committee on Petroleum (Downstream) be allowed to look into the matter saying, “That call may not be necessary because if the committee had done its oversight properly it would have known what was going on with the fund.”
Ndume who sat close to Senator Buka Abba said he had just been told by Abba “that the committee had been compromised.

The Chairman of the Committee on Petroleum (Downstream), Senator Kabir Marafa, responded, saying he took exception to Ndume’s reservation about his committee’s competence although he also alluded to the fact that the said money may have become a slush fund.

Saraki, while accepting the need to look into the matter, however, stressed the need for the upper legislative chamber to be guided by facts and figures.

“Let us go by the fact available before us on this matter. I will not want us to be partisan,” he said.
The Senate president then named the Senate Leader, Senator Ahmad Lawan, as the Chairman of an Ad-hoc committee that would look into the matter and report back to the Senate in four days.

The Senate leader in his reaction said he would decline to serve on the committee but was overruled by the Senate president who said, “Leader of Senate, there is no way you can exonerate yourself from leadership so you will chair the ad-hoc committee.”

However, the NNPC has denied claims by the Senate that it has in its custody a $3.5 billion subsidy fund managed by its top management.
Rather, the corporation said in a statement sent to THISDAY last night by its Group General Manager, Public Affairs Division, Mr. Ndu Ughamadu, that it raised and kept $1.05 billion subsidy fund with the Central Bank of Nigeria (CBN).

It explained that at the heat of the shortage of petrol supplies towards the end of 2017, the National Assembly asked it to do everything possible to stem the supply shortage and it initiated a revolving fund of $1.05billion for this purpose.

NNPC stated that since it was, and still is the sole importer and supplier of petrol in the country, it had to do this, adding that ever since then, the fund had been domiciled in the CBN and not in its custody.
According to NNPC, the fund is called the National Fuel Support Fund, and had been jointly managed by it; CBN; Federal Ministry of Finance; Petroleum Products Pricing Regulatory Agency (PPPRA); Office of the Accountant General of the Federation (OAGF); the Department of Petroleum Resources (DPR); and the Petroleum Equalisation Fund (PEF).

It also said it did not independently spend a dime of the fund, noting that it was meant to ensure stability in petroleum products supply in the country.
Additionally, Ughamadu said in the statement, “For the avoidance of doubt, the corporation was fully aware that it is only the National Assembly that has the statutory responsibility to appropriate on petroleum subsidy matters.” 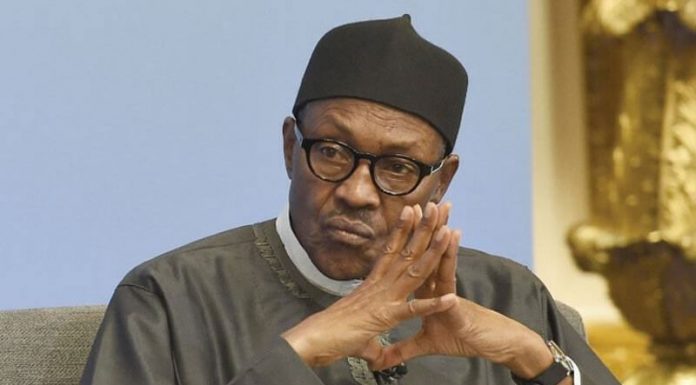