It was indeed a colourful evening, hosted by MC extraordinaire, Oladele Ogunlana. The event was graced by several celebrities in the business of fashion and beauty.

It was indeed an array of fashion icons and designers, so were there different displays of styles, which lit up the Red Carpet and inside the hall. It was not just about the dresses and colours, but they all oozed class and quality.

This year’s edition saw the designers taking their game on the runway to the next level with their amazing styles. Little wonder they are setting a pace with their craft, from the Remi Talabi led Grace Couture, who made her debut appearance on the runway, to award winning designers, Ejiro Amos Tafiri, Data Okorodudu of JD7 Couture and Azuka Sonzy’s House of Loisonell, who all hit the runway in grand style.

Mrs Data Okorodudu was specially honoured with the Lifetime Achievement award in Fashion; Mrs. Banke Meshida Lawal for Beauty and Iyalaje of Apapa Princess Toyin Kolade was honoured for Business.

Other award winners were:

Style Personality of the Year, which went to Mrs. Ndidi Obioha; Most Outstanding Red Carpet Presenter, 2018, this Award went To Mr. Denrele Edun

Most Outstanding Bespoke Fashion Brand was won by House of Loisonell; Most Outstanding Make-up Artist was Ms. Joyce Jacob; Men’s Custom Designer of the Year was Mr. Evans Akere, CEO, VANSKERE for his Recognition of Unique Creativity as a Men’s Apparel Designer.

Mrs. Fifi Safia Usman, the CEO of D MOON SPA for her recognition in Outstanding Performance as a Beautician. Most outstanding Hi fashion designer was Bunmi Ayuba Badejo of Tailormade Fashion. 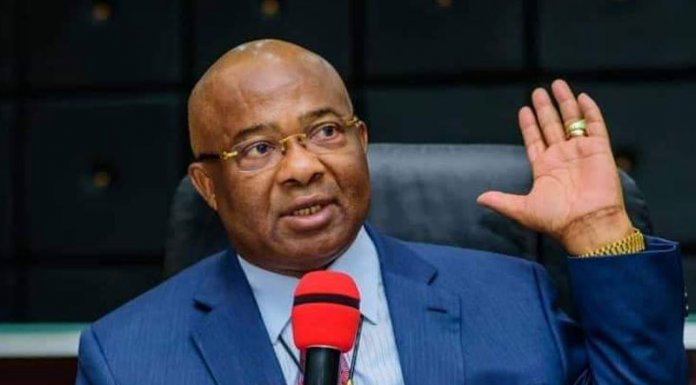 Fit as a Fiddle: Tinubu Shuts Down Rumours of Illness