I have capacity to take Nigeria to greater heights, Atiku insists

Do not despair, Mark urges Nigerians

Segun Awofadeji in Bauchi, Mohammed Aminu in Sokoto and George Okoh in Makurdi

Sokoto State Governor and presidential aspirants on the platform of the Peoples Democratic Party (PDP), Hon. Aminu Waziri Tambuarl, has said that he will split the the offices of the accountant general and attorney general of the federation, when elected president.

The aim, he said, is to promote transparency, professionalism, fiscal discipline and loyalty to the country in the conduct of government business.

He also promised that his government will facilitate a robust, scientific and realistic process that would lead to the restructuring of key areas of the Nigerian State and its political economy.

Sokoto State governor’s claim is coming as a former Vice President and another PDP presidential aspirant, Alhaji Abubakar Atiku, yesterday declared that he had the capacity to take Nigeria to greater heights, if given the mandate in 2019.

Also a former President of the Senate, who is also a PDP presidential aspirant, Senator David Mark has urged Nigerians not to despair in the midst of socio-economic and political challenges.

Tambuwal who made this disclosure as he laid out his Vision to PDP delegates in Katsina and Jigawa states as he continued his “meet the delegates visit to the 36 states of the federation and the FCT, said: “for there to be transparency, fiscal discipline and professionalism, the office of the accountant general of the federation must be separated from that of the accountant general of the federal government. This will be one of the first key interventions of my government.

“The accountant general of the federation should be a pure professional, whose loyalty must be to the federation, not the the federal government alone. In the same manner the Attorney General must not necessarily be the minister of justice and must not be a card-carrying member of any political party.

The idea, for instance, of making a card carrying member of a political party an attorney general of the federation already compromises that office.

The Attorney general ought not to be an agent of the government in power. The office should at all times serve the interest of the nation and the totality of the citizenry,” he explained.

Atiku made the assertion during an interview with journalists in Sokoto, the Sokoto State capital. He maintained that his past antecedents and experience placed him ahead of the other presidential aspirants in the party.

Atiku said he had what would be required to address the myriad of challenges bedeviling the country, if voted into power in 2019.

Mark argued that such challenges should be the needed elixir to bring out the best in all Nigerians to salvage the situation.

In a goodwill message to Nigerians marking this year’s independence anniversary, Mark implored citizens not to lose faith in the project Nigeria believing that there will be light at the end of the tunnel.

Mark noted that Nigeria has passed through trying times including ill-fated civil strife and a number of ethno-religious conflicts in the past, saying that such travails should serve as useful lessons to guide the people.

“We have encountered so many challenges in our journey to nationhood. No doubt, it has been a torturous one. But we must not give in to such challenges. All we need to do is to properly harness our human and material resources for the benefit of all citizens”, Senator Mark stated.

On the forthcoming general elections, he prayed that politicians and their supporters play the game according to the rules saying that what is paramount is the preservation and survival of the country.

editor - December 4, 2020 1:47 am
4
THIS REPUBLIC BY SHAKA MOODU In 20 years, university teachers in the country under the auspices of the Academic Staff Union of Universities (ASUU) have... 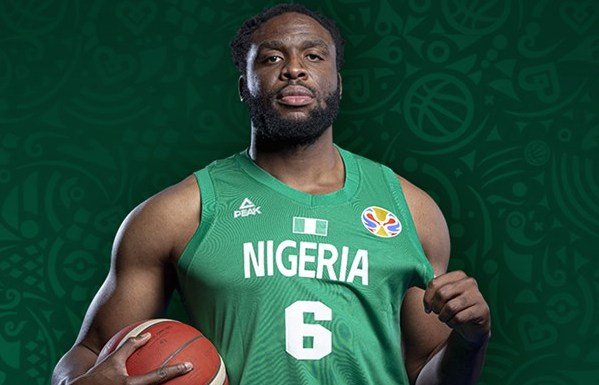