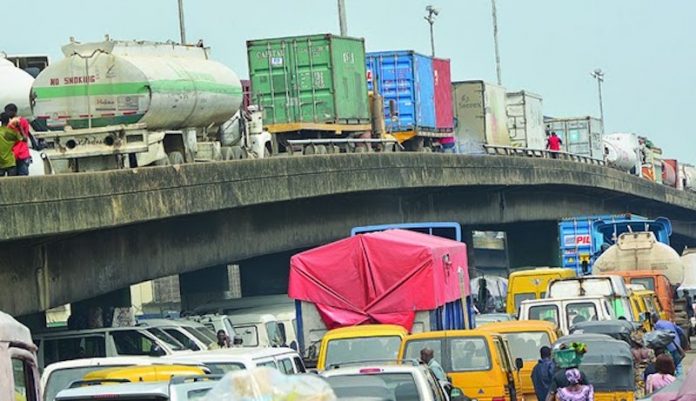 The disturbing developments at Nigeria’s Lagos ports have brought to the fore the need to revisit the idle Onitsha River Port in Anambra State.
Ten months after Vice President Yemi Osinbajo flew over Apapa to have first-hand aerial assessment of the gridlock that knocked down Nigeria’s foremost seaports – Apapa and Tin Can Island, the situation has not improved any bit.

The area remains a nightmare to residents, commuters and those who have maritime-related business in Nigeria’s commercial capital.
Osinbajo’s visit was necessitated by the lingering siege on Apapa and its environments by recalcitrant truck drivers who blocked virtually all the motor-ways leading to and fro the two seaports in what looked like a song in unison of madness.

The Vice President had directed the Federal Ministry of Power, Works and Housing; and the Nigerian Ports Authority (NPA) to articulate clear objectives to tackle the Apapa traffic gridlock that had become a national embarrassment. Osinbajo’s directive included relocation of containers within Apapa area to holding bays and prohibiting shipping companies from operating holding bays within Apapa Ports. Also, permits for tanks farms construction in Apapa area were suspended.

In April this year, the Lagos state governor, Akinwunmi Ambode at a town hall meeting in Apapa Local Government Area, had instructed truck owners parking along the Ijora-Apapa Road and Lagos Island areas to leave.
The meeting was the second in the year towards finding a lasting solution to the menace that pounds an estimated N42 billion monthly revenue loss out of the state’s economy.
The truck operators were further directed to utilise the facilities of the Asiwaju Bola Ahmed Tinubu Truck (ABAT) Terminal at Ijora to reduce the heavy traffic gridlock that had gripped Apapa area.

A joint operation set up by Lagos state government involving security agencies and stakeholders in the maritime sector to remove all articulated and containerised trucks on the adjoining routes ended in a failure. This was in spite of the deployment of 1,000 policemen, 500 officials of the Lagos State Traffic Management Authority (LASTMA), 100 officers of the Nigerian Security and Civil Decence Corps (NSCDC), 120 officers of the Federal Road Safety Corps (FRSC), and 250 personnel of the Nigerian military service – army, air force and the navy.
The negative effects of Apapa gridlock was seen in the astronomical cost of doing business in the Nigerian maritime sector.

According to reports by a global maritime research outfit, moverdb.com, the cost of cargo or freight in a shipping container from the United States to Apapa (Nigeria) is about the highest in the world. The research body said it costs about $4,982 to ship a 20 feet container from New York to Apapa which is about twice the $2,542 it costs to ship container of same size to Cape Town (South Africa).

The report further revealed that the higher cost to Lagos is an anomaly, given the fact that New York to Lagos is only 6,516 nautical miles and approximately 27 days of sail; as against 9,097 nautical miles to Cape Town and 38 days to sail the distance. The grave inefficiency and frustration surrounding doing business at the Nigerian ports is captured in the fact that the average turnaround time for ships at Apapa is estimated in excess of 30 days. The average turnaround for the most efficient ports globally is two days.

The mess in Apapa and Tincan Island ports can be described as self-inflicted, arising from a combination of wrong political strategy and policy summersault. The Nigerian government failed to develop the eastern ports at Port Harcourt and Calabar which were created to reduce pressure on Apapa port. Instead, a second port was built at Tin-Can, within the same vicinity, abandoning eastern ports that would have offered quick, efficient and smoother service to importers and exporters from the South East and the South South who are major patronisers of the Lagos ports.

Surprisingly, the much celebrated port reforms under the current leadership of Hadiza Bala Usman, managing director, NPA, did not reflect the Ease of Doing Business programme launched by Vice President Osinbajo for the Nigerian ports. While revenue generation is on the increase, infrastructure decay and poor service worsen by the day. The concern of the NPA leadership to erect a seven billion Naira head office in Abuja, while neglecting poor access to the ports, cannot be described as wise. Abandoning the eastern ports while pressure mounts on Apapa ports is worrisome.

This is the time to revisit the idle Onitsha River Port in Anambra State. It is over six years since former President Goodluck Jonathan commissioned the upgraded facility on August 30, 2012. The event attracted global attention as the Nigerian government advertised its readiness to reform inland water transportation. (Onitsha River Port was initially commissioned in 1983 during President Shehu Shagari-led government.)

Onitsha River Port was highly upgraded. The upgrade includes transit sheds and warehouses of 100×55 metre dimension. There was also a storage capacity of 10,000 twenty-feet equivalent units in addition to port operations buildings, 20 staff quarters (nine for senior, 11 for junior), fuel tank farm and borehole of 150mm diameter. Security was upgraded in both manpower and perimeter fencing while access roads were reconstructed to give the Port adequate face-lift.

Despite the huge resources invested in dredging the Lower preceding the inauguration of the N4.6 billion facility, the long-awaited take-off has remained a pipe dream. Prior to the completion of the Port, the Jonathan-led administration had embarked on the dredging of the Lower Niger in 2009, to make the 537 kilometre water channel (from Warri to Baro) navigable. This was meant to make the inland river ports at Onitsha (Anambra), Lokoja (Kogi) and Baro (Niger) functional.
.
Governor Willie Obiano has embarked on accelerated economic development plan for Anambra, which includes the transformation of Onitsha into a modern industrial city port. The Federal Government should therefore take concrete actions to put the dormant Onitsha River Port into use as the nation walks the tight rope of joining the league of the world’s top economies by 2020.

• Egbuna, a Development Analyst, wrote in from Nnewi. 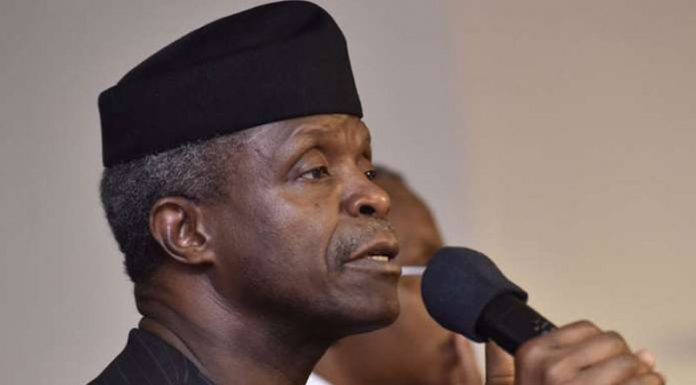