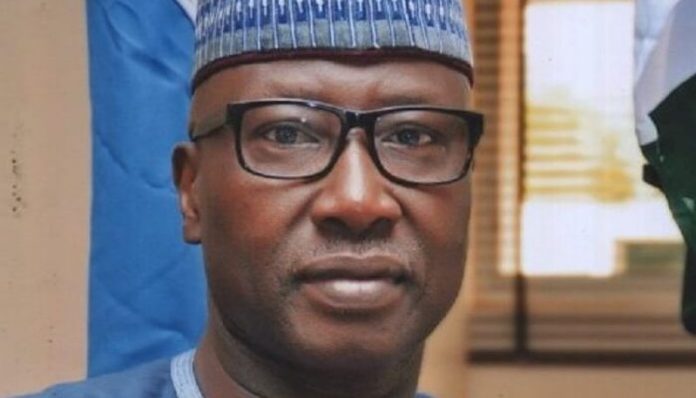 Seriki Adinoyi in Jos
The Secretary to the Government of the Federation (SGF), Mr. Boss Mustapha, has said that the alleged attempt to islamise Nigeria is a dummy being sold by enemies of the country that want to plunge it into religious war, and assured christians that nobody can islamise the country.

Mustapha disclosed this in his keynote address at a two-day peace summit organised by the Northern region of the Christian Association of Nigeria (CAN) with the theme ‘Sustainable Peace and Security in Northern Nigeria as a Panacea for Development.’
“I must correct the dummy being sold by some rumour mongers about the issue of islamising Nigeria; nobody can do that,” he said.

“I call on the church to always continue to speak the truth at all times, nobody can kill the gospel, let’s continue to be our brothers keepers at all times and continue to preach peace.
“We must reject those who propagate hatred, ethnicity, divisiveness, sectionalism or seek to manipulate religious differences for political gains,” he said.

Also speaking, Plateau State Governor, Simon Lalong, said in the last one month, “we have concentrated efforts in establishing the vital nexus that will help us in identifying the key roles that we have as government, in driving the peace process on the Plateau State through diverse approach which will help us consolidate on the gains we have made so far.

“Today, we are further making a resolve to add value to the commitment of government in being part of the solution that will promote peaceful existence and religious harmony beyond Plateau.
“The theme of this summit is no doubt apt and draws to mind the essentials of peace and security as panacea for sustainable development beyond our state.  We remain resolute in our commitment to building an enduring legacy of peace beyond Plateau and we shall not relent in exploring all avenues that will help us in the sustenance of peace and security.

“The peace conference that recently held under the auspices of Plateau State Peace Building Agency is a statement of our government’s resolve not to leave any stone unturned as we seek to find a comprehensive solution to the peculiar dynamics of our human existence within the cosmopolitan sphere of our social interaction. As a people of faith, we must underscore our common humanity as we seek to find within the dictates of our faith, those essentials that defines us as human beings and for which, we hold our accountability in the same faith to our callings as Christians.”

In his welcome address the Northern CAN Chairman, Rev. Yakubu Pam said, “As Christian leaders we are expected to play critical roles in the development of our societies, states and countries.

“We have every reason to be worried over the recent ugly security developments in our region following attacks and killings in communities and some states of the North by people who do not wish our country good.
“I urge our Christian leaders in the North and security experts who are attending this occasion to proffer solutions to the current ugly events happening in Northern Nigeria and country as a whole.
“I want to appeal to the federal government to do all within its legal and constitutional powers to put an end  to the issue of farmers /herders clashes in the States of the North so that lasting peace can return to these restive communities that have produced thousands of internally displaced persons.”

In his keynote address, Major General Paul Tarfa (rtd), observed that “the insecurity we are facing today in Northern Nigeria is the aftermath of the Boko Haram insurgency which was imposed on the country in the latter part of the year 2009. This, no doubt has affected growth and development in the north east and the country in general.
“Boko Haram is an Islamic fundamentalist group which started in Borno State in 2009, who are bent on imposing their version of Islamic Law on the country. It started its operations in Maiduguri the Northeast. Its mission was initially targeted at Christians and destruction of churches but later spread to other faiths including Islam,” he said.