The leadership of the Peoples Democratic Party (PDP) in Idanre/Ifedore federal constituency of Ondo State weekend tasked the candidate of the party for the 2019 election, Mr Kayode Akinmade, on equitable distribution of dividends of democracy in the two constituencies if elected into office.

Already, the leadership of the party in the constituency has adopted Akinmade, a former Commissioner for Information and editor of a national daily as the sole candidate for the National Assembly election in the federal constituency.

Speaking at a meeting attended by the leaders of the party from Idanre and Ifedore Local Governments Area of the state, the leaders tasked Akinmade on equitable distribution of offices and constituency projects between the two council areas if elected.

Also, the leaders including the Chairman of the party, Chief Clement Faboyede, Dr Tayo Dairo, Dr Kola Ademujimi, Lawrence Ibukun, Chief Wemimo Olaniran, Mrs Mercy Akinlami, Chief Olu Ajayi and Bola Ogunmolu asked the candidate to correct all the anomalies noticed in the federal constituency and be good ambassador of the party at the National Assembly.

Faboyede who spoke at the meeting said with the adoption of Akinmade, there would not be a primary election in the constituency to select a candidate as he was the only person that took the expression of interest form in the constituency.

According to him, the adoption of Akinmade as a sole candidate was because they were convinced that he would make a good representative of the people if elected

His words “He is knowledgeable and know what he is going there to do, he won’t be a novice in the National Assembly, has been a very senior administrator there before and apart from that, he was a former commissioner that has stayed with his people and he is grounded here to know the needs of his people.

“We believe that having someone like him at the National Assembly will give us the optimum benefit and by his nature, he is open, compassionate and accommodating so we don’t have an iota of doubt over his choice, he’s a square peg in a square hole.”

On the conduct of a primary election, Faboyede said “by the special grace of God he is the only one that took the state expression form and that has closed for now and the national form is out. More importantly, the leaders, political workers of his federal constituency in Diane’s/Ifedore have come together and adopted him and it won’t be advisable for anybody else to take the federal form and if anybody ventures to take the form, he might lose out.

“This is because we have a culture of integrity and oneness. All our leaders are here and Akinmade has been adopted as our candidate because we have confidence in him and we believe that he will do the job.

Akinmade who thanked the people for his adoption and the challenge given to him said his aspiration was a divine agenda to serve the people of the federal constituency.

He assured the people that he would operate open door policy and connect the people for the development of the land and the people. 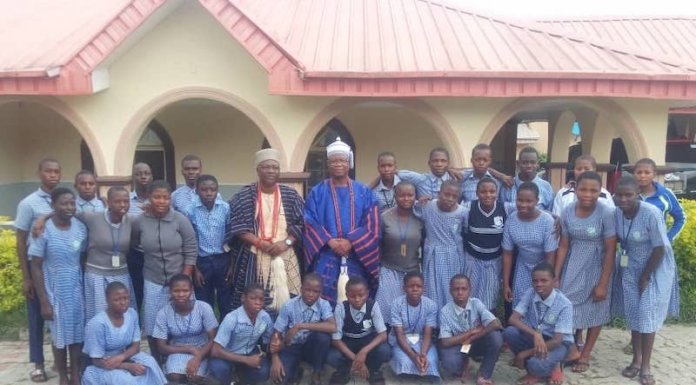