Expectedly, the Nigerian government has come out to deny a recent United Nations’ report that, contrary to official template narrative, it actually paid huge sums of money in ransom to secure the release of the over 100 schoolgirls kidnapped on February 19 by the Boko Haram insurgents from Government Girls Science and Technical College, Dapchi, Yobe State.

In the “Twenty-second report of the Analytical Support and Sanctions Monitoring Team submitted pursuant to resolution 2368 (2017) concerning ISIL (Da’esh), Al-Qaida and associated individuals and entities,” which was submitted to the UN Security Council, released July 27, 2018 but monitored Thursday, the UN said a “large ransom” was paid by the Nigerian government to obtain release of the Dapchi schoolgirls.

An excerpt from the report stated: “In Nigeria, 111 schoolgirls from the town of Dapchi were kidnapped on 18 February 2018 and released by ISWAP on 21 March 2018 in exchange for a large ransom payment.” Frowning upon the development, it noted that such an approach is what has continued to fuel terrorism.

Signed by the coordinator of Analytical Support and Sanctions Monitoring Team, Edmund Fitton-Brown, and Chairman, the Security Council Committee, Kairat Umarov, the report added that “Boko Haram (QDe.138) and the Islamic State West Africa Province (ISWAP) have had a similar impact in their areas of control, including the Lake Chad basin. The predominance in the region of the cash economy, without controls, is conducive to terrorist groups funded by extortion, charitable donations, smuggling, remittances and kidnapping.”

However, insisting that no ransom was paid to secure the release of the Dapchi girls, the federal government in a statement in Ilorin, Kwara State, by the Minister of Information and Culture, Alhaji Lai Mohammed, challenged anyone with evidence of payment to publish such.

”It is not enough to say that Nigeria paid a ransom, little or huge. There must be a conclusive evidence to support such claim. Without that, the claim remains what it is: a mere conjecture,” he had said.
This sharply contrasted the report which harped on the fact that the cash economy currently being operated by Nigeria was substantially aiding the activities of Boko Haram.

The report which focused on the activities of terrorist groups was submitted to the UN Security Council committee, TheCable, an online news portal, had reported.
The UN was even the more disturbed that a number of doctrinally based non-governmental organisations sending funds to local terrorist groups had been on the increase, adding that member states were concerned that radicalisation was increasing with commensurate threat level.

“The predominance in the region of the cash economy, without controls, is conducive to terrorist groups funded by extortion, charitable donations, smuggling, remittances and kidnapping. In Nigeria, 111 schoolgirls from the town of Dapchi were kidnapped on 18 February 2018 and released by ISWAP on 21 March 2018 in exchange for a large ransom payment,” the UN claimed.

Seeing it for what it is, the thrust of the UN report is not totally new. Since the Muhammadu Buhari government has been making efforts at rescuing kidnap victims, especially from the den of insurgents, there have been mixed feelings in the country on how the deal might have been brokered.

Often times, two theories have consistently been propounded. While there are those who alleged that there were terrorists-kidnap victims’ swaps during some of the deals, others claimed outright payment of huge ransom for many of such releases. In other cases, however, there were allegations that what went down in some of the deals were both money and swaps.

From the foregoing, it stands to reason that there must have been some elements of facts in the report of the UN much as government would not want to admit to.
The truth is that the Buhari government has been dishonest with its situation report on the insurgency in the North-east. From the government’s boasting of technical defeat to celebrating a flag that had been dismissed as fake and claiming to having rescued the recently kidnapped Dapchi girls, the government has dishonestly moved from one deceit to another with reckless abandon as far as security is concerned.

Little wonder that while the government relishes in its folly most of the time, reports of constant onslaughts by the terrorist group have always proven to the country, further exposing the insincerity of the government. It was either that a military convoy was ambushed or their base was sacked by the insurgents, carting away the already insufficient weapons of the Nigerian troops and many of their men either killed or missing.

It also stands to reason that with a recent report, which alleged that hardened terrorist fighters were being sneaked into the country, there is a plausible conclusion that they probably found the country one of their comfortable operational bases in terms of mobilisation and financing.

To begin with, how does anyone even reconcile the fact that many of the terrorists, who were initially caught and arrested by the nation’s security agencies, often with the help of their counterparts in neighbouring countries, were let off the hook, either through funny court judgments or official conspiracy.
There is no debating the fact that negotiation is part of the ways to contain terrorism. However, whenever the indiscretion of the insurgents scales up abysmally, the expectation is that the government should go all out to tackle the menace in a way that boosts the confidence of the people.

Like it or not, this debate is not whether the government accepts the UN report as true, it is that the report has turned out a damning verdict on the insincerity of the current administration in the fight against insurgency, especially that of combating insecurity, remains one of the campaign tripod upon which Buhari was elected as the president.

The government must review its strategy and take a position on how best to tackle insecurity without as much sustaining insurgency as an industry. If hard choices were not made with respect to this escalating menace and instead, government chose to negotiate its way out of every unsavoury juncture, then, insurgency might have found a haven in Nigeria. 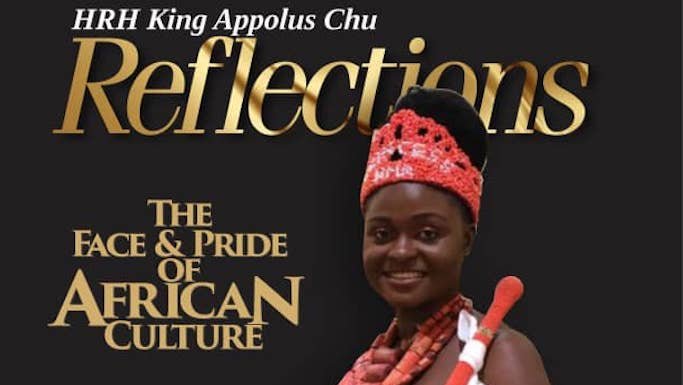