Ndubuisi Francis in Abuja
The Coalition of Benue Groups (CBG) has challenged the Economic and Financial Crimes Commission (EFCC) to demonstrate lack of bias against the Benue State Governor, Dr. Samuel Ortom by subjecting all the states and the federal government to full scrutiny on how they spend their security votes.

The group also passed a vote of confidence in the leadership of Ortom, expressing unalloyed support for his stewardship so far, regardless of perceived persecution by the All Progressives Congress (APC) and the anti-graft agency.

CBG also challenged the Ibrahim Magu-led EFCC, to commence the investigation of all the states and   federal government on how they utilised their security votes “if indeed it is a professional anti-graft agency and not a political attack squad.”

A statement issued on behalf of the coalition by the Coordinator, Benue Liberation Front (BLF), Mr. Yunum Tyosor, CBG said in spite the huge insecurity challenges that plague Ortom’s administration, he had been able to achieve significant developmental milestones in his first tenure.

According to the coalition,  but for the huge insecurity, allegedly perpetrated by herdsmen on the state, the government would have achieved much more, adding that very few people could achieve what the governor had achieved even in the face of the insecurity that engulfed half of the state.

“The federal government, the chief security officer of the country and controller of all security formations across the country watched how Benue people were massacred in their numbers and did almost nothing.

“In fact, the financing of almost the entire security operations was done by the state government. Even the EFCC in one of its reports acknowledged monies were paid to the various security agencies in Benue State to fight the alleged herdsmen attacks on the state,” the CBG said.
It flayed the alleged clandestine campaign of the EFCC to soil Ortom ”just because he has left the ruling All Progressives Congress (APC).

“The EFCC’s degeneration to persecute perceived political opponents of the ruling party is an anathema to democracy and must be condemned by all people of good conscience.
“Because of want of evidence against the governor, the EFCC has embarked on media trial of the governor to please the powers that be at the Aso Rock. Just like they have failed previously, they will continue to fail as the Benue people are solidly behind the governor.”

The statement added: “The little confidence Nigerians have on the EFCC is fast eroding with the new ignoble role they are playing. Indeed, the image of the EFCC under Mr. Ibrahm Magu is fast becoming irredeemable if it doesn’t retrace its steps.”

The statement added that “following the global condemnation that followed the illegal closure of the Benue State account by the EFCC shows Nigerians cannot be fooled.”
It dismissed the recent campaign in the media by the EFCC that N23 billion was diverted by the state governor as mere conjecture, stressing that neither the governor nor anyone in the state could divert such huge amount of money.

According to the coalition, if Ortom had access to such funds, he would have paid salaries and executed more projects. .
“We challenge Mr. Magu led EFCC to commence the investigation of all the states and indeed the federal government over how they have utilized their security votes if indeed it is a professional anti-graft agency and not a political attack squad,” the coalition said. 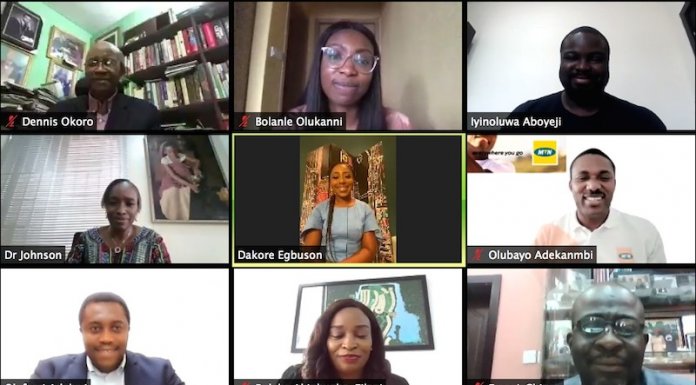 Continuing a Legacy of Nation Building