The Director-General of Consumer Protection Council (CPC), Mr. Babatunde Irukera has urged airlines to prioritise the satisfaction of their customers notwithstanding the challenges they may be facing in their operations. Chinedu Eze provides the excerpts:

We want to know what Consumer Protection Council (CPC) has been doing in terms of service delivery, customer relations, which has been so lacking in airlines. Do you think there have been improvement on service delivery by airlines in recent times?
I will say two things, there have been some improvements but there are still a lot of challenges and we are confronting those challenges. As a matter of fact, recently i sat in a meeting with the Nigerian Civil Aviation Authority (NCAA) and Airline Operators of Nigeria (AON) and obviously the meeting was a collaborative one on how to address consumer issues in the industry.

And what I was hearing from a lot of the airlines, were the challenges they face while doing their work, which include infrastructural challenges, regulatory bottlenecks. But what was clear to me and what I conveyed to them is, regardless of all these challenges, I think that airlines have to measure their responsiveness and sensitivity indexes with respect to their consumers.

One thing is that they don’t even have the appropriate mechanism for people to call in and have complaints resolved. So, one thing that I thought happened at that meeting was that it was a frank conversation and while I got a lot to understand the deficits that constitute challenges to them, they also got to understand the soft infrastructure issues. This is because ultimately the consumer issues are primarily soft infrastructure issues. Airport and the airside or the terminal side experiences are vital to consumer experiences also; even if you have the best airports but there is poor responsiveness, consumers will still be displeased. And airline industry is one place where you can easily satisfy consumers. Nobody wants to fly when it is unsafe to fly, so if there is a delay for a legitimate safety reasons, consumers will appreciate that.

But what needs to happen is that; first those delays must be for legitimate reasons and your responsiveness and sensitivity to the issues must be such that you are upfront. You provide the information and then you provide options or find a way to mitigate whatever the inconveniences that consumers will be experiencing. In addition to that is the fact that there is a sector regulator and working with that sector regulator is going to be important for us to truly provide the kind of 360-degree protection that is required. I am also grateful that the sector regulator has agreed to work with us and has invited me to their meeting and we had an opportunity to jointly confront the airlines, so I think that is a good thing.

Recently the federal government stopped all operators in the transport industry, including aviation from paying Value Added Tax (VAT), how can this enhance the financial fluidity of airlines and how do you think it will benefit the consumers?
When I look at it from the consumer stand point, it means it is going to translate to a better experience for consumers, fairer pricing for the consumer, I am all in support of it. So, I don’t look at things from a tax stand point; I look at it more from a business stand point. But if that trickles all the way to benefit to consumers, both from a service stand point and a pricing stand point then I think it is an excellent idea.

In the period I have been there I don’t think there has been any inconsistent comments, but we have a working relationship where we collaborate, we cross refer complains and we address them from the two different legislative stand point. There are some mechanism for resolutions that exist in the consumer protection council act that don’t exist in the civil aviation act and then there are some that exist in the civil aviation act that don’t exist in the consumer protection act. All we ultimately try to do is to make sure that there is regulatory clarity for the airlines to understand what exactly they are confronted with and we also make sure that whichever approach we take is what brings the best benefit for the consumers

In recent time, the CPC has delved into the aviation industry and most stakeholders in the sector are not comfortable with this because NCAA has consumer protection directorate. What is your take on that?
Aviation is the most important catalyst for economic expansion in the world today. Aviation today moves far more people than any other means; whether it is domestically, regionally or intercontinental. Aviation moves far more people and as many people that travel on holiday, the last time I checked, more than 65 per cent of aviation travels on international is still business travel. Business of aviation is not just a vital industry, it’s a critical infrastructure.

What kind of consumer confidence do you intend to build in the aviation industry?
Even when the aviation regulatory authority like the Nigerian Civil Aviation Authority (NCAA) has done all its work in safety and all of that; we still need to work with them to promote confidence in the industry. That’s why collaboration between NCAA and CPC is inescapable. The law is clear on this; the law establishes CPC for establishing Nigerians in every single facet of the economy even in the environment. So, we have a role in hazardous wastes, we have a role in gas flaring and others.

Then, you may ask that when we have the CPC, why do other agencies still have consumer protection departments in their organisations? Yes, it is necessary that they have. Overlapping regulation is not confusion and it is not an error or a legislative blunder, but a deliberate design. All over the world, overlapping regulation is a deliberate design and it always underscores the importance of what is being regulated. It is a way to make sure that subject of that regulation is sufficiently regulated, that is why it overlaps.

Does CPC also fight against narcotics?
The number one responsibility of government is to protect citizens, which is not just against insurgency, external aggressions, exploitations and even against the government itself. CPC is one of the key agencies that the government uses to protect the people. The Consumer Protection Department in NCAA is not a mutual exclusivity, it’s not an entirely of that state, it is because the government does not want the rights of the citizens to suffer.
CPC has only one consistency, the consumer. The best working mechanism is the collaboration between the regulator and CPC. That’s the reason there is mutual responsibility for consumer protection. Also, we are backed by the law in discharging our duties.

What is the rate of complaint you get from the aviation sector?
I want to tell you that in 2017, aviation industry had the third highest complaints received by CPC. We have banking, telecommunications, cable television, food, counterfeit and substandard goods among others and I am telling you that aviation was number three.

CPC have not succeeded in aviation industry because we have not found the right regulatory tools. The delays and cancellations that we are experiencing, the approach we have will not solve it. By the time the delay occurs, the problem has already crystallised, and you know airlines submit seasonal schedules to be approved by NCAA. Look at Arik Air for instance, when a new management came in, the first thing they did was to scale down the operations of the airline to more manageable schedules. When Dana Air lost an aircraft to runway flooding, it scaled down operations. So, it is not science, but simple that fleet capacity is directly connected to operational capacity.
That should be a consideration in what an acceptable public schedule is. I don’t think we are usurping the functions of NCAA. In fact, the first complaint that was resolved under my watch as a Director-General was aviation issue. It was the Turkish Airlines when it flew some Nigerian pupils to United States, but it was a joint resolve between NCAA and CPC.

All the statements we have made in recent time on what happened in Abuja, Port Harcourt and Ghana were made after we have spoken with at least one person in NCAA. I am a protector of a mandate and I am going to fulfil that mandate. Whatever it will take to fulfil that mandate, including collaboration, I will fulfil it.
Also, in respect to the International Civil Aviation Organisation (ICAO) recommended standards and practices, there is a coincidence of someone who knows the ICAO standards and recommended practices being the Director-General of CPC.

I participated in over a period of three or four years in Bilateral Air Service Agreements (BASA) on behalf of Nigeria, big ICAO meetings, and others. So, there is absolutely no conflict in any law in Nigeria with ICAO recommended practices and anything that CPC wants to do that conflict with ICAO practices. There is nowhere in ICAO standards that it unilaterally limits the protection of consumers to the civil aviation authority.

editor - December 2, 2020 11:36 pm
11
By Olusegun Adeniyi There is no worse position for a leader than when ardent supporters and implacable opponents sing from the same hymn book. That... 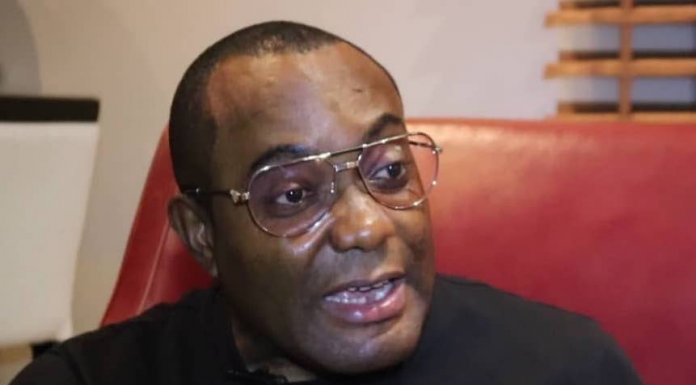