If Nigerian airlines succeed in the on-going plan to interline their operations they will benefit from the $1.5 billion ticket sales on domestic and regional routes and also save over $1.5 billion in fuel, aircraft depreciation and flight allowances every year, THISDAY has learnt.

According to industry insiders, what this means is that instead of three aircraft from three airlines flying from Lagos to Abuja at low hours with few passengers each; the airlines would deploy one aircraft to that destination with all the passengers that would have boarded three aircraft.

At the end of the month the airlines would go to a clearing house and share the accrued revenue.
Interlining also involves a voluntary commercial agreement between individual airlines to handle passengers traveling on itineraries that require multiple flights on multiple airlines.

In addition to saving airlines huge resources, it will also benefit the passengers because it would significantly curb or put an end to delays and flight cancelations.

THISDAY learnt that the International Air Transport Association (IATA) has reached advanced stage in brining the airlines together to ink agreement to kick off the system.

IATA has already agreed to evolve a clearing house like Billing and Settlement Plan (BSP) for the operators who have shown interest in the arrangement after several years of clamour, as industry stakeholders identified interlining as key to the survival of the airlines.

The Director of Consumer Protection Directorate of the Nigerian Civil Aviation Authority (NCAA), Adamu Abdullahi told THISDAY that the regulatory authority has made efforts to encourage Nigerian airlines to interline.
“This is something NCAA has always encouraged, and it was part of the critical discussions during the series of meeting between the agency and the airlines. We have encouraged them to go into interlining arrangement because it does not make sense for three airlines that are leaving to the same destination at the same time to fly half empty, instead of putting all the passengers in one aircraft and have a full load.

“In that way you maximise your profit and reconcile accounts later. If the airlines will do that we will be most glad. They are now in the process and they have held series of discussions among them together with IATA. IATA is spearheading it. This will be very good for the industry. It will be very good for airlines and passengers’ delays and cancelations will be a thing of the past,” Abdullahi said.

Travel expert, Ikechi Uko who is facilitating the interlining programme in collaborations with IATA, told THISDAY that the recent plan to bring the airlines together on interline was a fall out of the aviation panel discussion at Accra Weizo, promoted by the Ghana’s Minister of Aviation.

Uko said IATA is providing the platform and all the domestic carriers have indicated interest to participate.
“Interlining will save lives of many airlines. This means that if Air Peace flies to Gambia, for example, other airlines can sell tickets to Gambia while the actual flight will be done by Air Peace. It will expose the airlines to the huge revenue in the ticket sales market, which was about $1.5 billion in 2017. Travel agents make more money than airlines, so with interlining, airlines can become travel agents to other airlines,” Uko noted.

The interlining would also be extended to the West Coast operations and with time to international destinations, Uko observed that this plan was overdue, held back by mutual suspicion in the past.

The Chairman and CEO of Air Peace, Allen Onyema explained, “The Nigerian domestic airlines are discussing. The discussion has been on for the past one year. We are trying to see how we can cooperate with each other so that we ensure consumer satisfaction; so that when you have one plane down it doesn’t mean that the world will come to an end. Your brother airline can come to your rescue. Interlining is the way to go in this business and we are speaking to ourselves sooner than later you will hear something from us.” 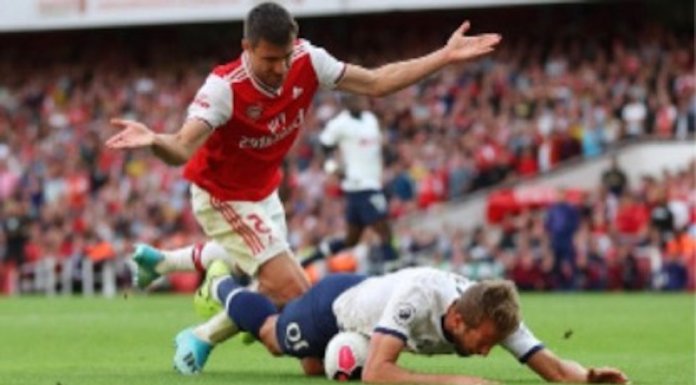