Everyone remembers it as one of the most celebrated intellectual events of last year, largely because of the renown of the speakers. Vice President Yemi Osinbajo addressed the distinguished audience, but the speech that got many people talking came from an unexpected quarter. As a prominent investor, banker and politician who became a governor of Anambra State, Mr. Peter Obi was one of the most anticipated presenters at the Covenant Christian Centre’s increasingly popular discourse, The Platform.

Beyond a few reported cases of selflessness in public office, not much was known of Obi. Even the tantalizing hints about him traveling light without an army of aides, carrying his own luggage and insisting on his children flying economy, were at best, taken with a pinch of the salt or waved off as a non-issue. The former Governor of Anambra State was not cast in the image of the average Nigerian politician, but many were not impressed. Indeed, his act immediately after leaving the office of the governor justified the presumption that his previous deeds were calculated to head off his future plans.

No one could have predicted that Obi, who appeared to have stabilised governance in Anambra after a period of notoriety and turbulence, during which the state became known for the bizarre like taking fetish oath at ancestral shrines in Okija, would be heading in a direction that empowered his detractors and diminished or completely obliterated whatever political capital he had accumulated.

Before he became governor, Anambra was severely damaged by vicious backstabbing and criminality. After he was saved by the courts from the brink of impeachment and being sucked into the malicious vortex of Anambra politics, he deployed his vast experience in the private sector to instill a refreshing regime of governance that changed the image of the state.

But the policymaking in Anambra is different from all other Nigerian states. Each of its 21 local government areas has loads of multi-millionaires. More than any other state, politics in Anambra is almost always about the most affluent contestant. But Anambra presents other interesting case studies, out of its two major cities, Onitsha and Nnewi comes a glimmer of hope for unparalleled technological and industrial prosperity. Without any major government policy involvement, the economy of these two cities are conservatively estimated at over N2 trillion annually. One of the indicators is the visible presence of all the Nigerian financial institutions in these two cities.

The same record of impressive entrepreneurial achievements are recorded in Onitsha where the current Obi His Majesty Igwe Nnaemeka Alfred Ugochukwu Achebe is a successful serial industrialist.

The same factors that have worked well for the accelerated development of Anambra may very well be its bane. Where there are many strong-willed affluent men, big ego is likely to block better judgement for the greater good. Often in Anambra we find instances like one reported of Sir Odumegwu Ojukwu who walked out of parliament because he thought it was beneath him for a fellow parliamentarian who could not match his financial and social status to speak while he was talking. Till today, there are many affluent men in Anambra who think the governor is beneath them.

Anambra has shown the capacity to lead industrial revolution in Nigeria. Anambra could be the fulcrum of a major advancement that can be a game changer for Africa.

This is the superlative heritage of Obi, who became the Governor of Anambra State on the platform of the All Progressives Grand Alliance (APGA). He was generally adjudged to have done well. Obi is one of the few former governors that is not tainted with infamy during and after their tenure. Many, therefore, expected he would rise above the trader mentality (he often calls himself a trader) and commit himself to being a statesman.

Obi had the privilege to do for Ndi Igbo what Senator Bola Tinubu did for the Yorubas. For 12 years, Tinubu used Lagos (even when it was the last progressive state standing in the South-west) to build bridges and gain vital access that ensured the South-west was under one political bloc.

However, Obi undermined the smooth galvanisation of his own political goodwill by backtracking from APGA to become South-east campaign director to former President Goodluck Jonathan’s 2015 presidential bid. It was an unexplainable gamble that questioned his previous advertised convictions. The same man who was applauded loudly at Covenant Christian Centre’s 2017 The Platform, wasted a begging political opportunity. Obi spoke on the waste that defines governance in Nigeria. It was a revealing presentation. But there were parallels to draw from what he said. Obi threw a huge opportunity to build APGA into a veritable Third Force that could give Ndi Igbo a strong voice to bargain at the centre. Ndi Igbos looked to Obi to re-enact the Second Republic scenario when the Nigerian Peoples Party (NPP) controlled the entire Igbo land but also gave a nationalist like the late Solomon Lar the platform to win the governorship election in Plateau State. There was a good chance that the NPP could penetrated other states if the Second Republic had not been aborted.

By displaying the trader mentality of seizing the opportunity for a ready-made market provided by Jonathan’s PDP, he lost the moral authority to lead, though he had done so very well. And he nailed his political coffin when he backed the wrong horse against Gov. Willie Obiano. 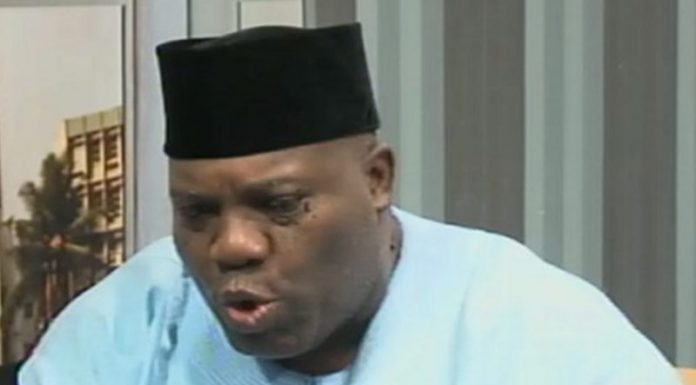