Nigeria is not about to experience a potential nationwide electricity blackout on account of recent disturbances on the operations of the Transmission Company of Nigeria (TCN), the Managing Director of TCN, Mr. Usman Mohammed, assured Nigerians wednesday.

Mohammed gave this assurance in Abuja during an interaction with THISDAY on the recent protest by members of the Senior Staff Association of Electricity and Allied Companies (SSAEAC), as well as a momentary lockdown of TCN’s operation by the Federal Inland Revenue Services (FIRS) for alleged welfare complaints and tax evasion respectively.

He explained that both incidences would not affect the operations of the TCN, adding that the lockdown by the FIRS would have led to system collapse, if the company did not take it up immediately with the tax agency, which he claimed was wrong on its action.

In a related development, the Nigerian Electricity Regulatory Commission (NERC) denied being a stooge of the ministry of power or in connivance with operators in the power sector to the detriment of Nigerians.

Mohammed, explained the FIRS claimed the TCN was owing a tax debt of N30 billion to it, but that the agency was wrong because according to him, it calculated its taxes from revenues the TCN hadn’t earned from the sector as well as its legacy liabilities inherited from the defunct Power Holding Company of Nigeria (PHCN).

According to him, the FIRS didn’t meet with the TCN to reconcile the financial claims before locking down its premises even though the TCN wrote to it to inform that it had appointed a consultant to review the claims against it.

He said, “Taxes are actually calculated on the basis of revenue, but the reality is that in this power sector it doesn’t make sense because what we get as revenue in TCN is less than 40 per cent of our invoice as the Discos don’t collect revenues.

“One of the elements was the legacy liability and the second is the bogus calculation based on our revenue which is there but we cannot collect. This is the basis of their calculations

“I hired a consultant to review the issue and wrote to the FIRS on that. We wrote again to them to tell them we had hired a consultant to do a review. I don’t know what the FIRS want to achieve with this. The consultant has just started work but they decided to come and lock our office. We must, however, realise that the TCN is the least-paid in this industry,” said Mohammed.

“It is only an illiterate that does not know there is a liquidity issue in the sector. For the miscreants, it is not a problem but for the locking up by the FIRS; it could have been a problem if I had not taken strategic steps. We are now talking and doing the reconciliation but we are angry honestly,” he said on what would have been the impact of the development to power supply in Nigeria.

He also explained the FIRS could not calculate its taxes on the basis it did because the TCN was not getting its revenues from the sector and as such, taxes should be based on what it has earned not on assumed earnings.
On the labour protest, which was staged by members of SSAEAC on Tuesday, Mohammed claimed the president of the union, Mr. Chris Okonkwo, had been divisive and at war with the management of the TCN for refusing to yield to his demand to be appointed general manager in charge of Lagos office even though he came third in an interview for the post.

He also alleged that the TCN branch of the union was against him for reported abuse of office, and as such severed relationships with him and his executives.

He explained, “Lagos hosts and controls 30 per cent of our transformers assets and you don’t just take anybody there. We however assigned him to be General Manager, Material Control in Lagos and posted him there. But, he accused me falsely and the TCN branch of the association countered him, and he unilaterally suspended the branch, which wrote to complain about him and his reported abuse of his office. They said he misappropriates funds in their check-off dues and we decided to write the ministry of labour and as well suspended transfer of their check-off dues.

“There are other official abuses he got involved in, like inviting the state security against one of his colleagues and we queried him on that, which was why he organised a protest. None of them that protested is a staff of TCN; it was even the TCN staff that confronted them.”

Meanwhile, the NERC has said it is independently doing its job in the sector without being partial to any party.
NERC’s Chairman, Prof. James Momoh, spoke in an early morning television show on Channels TV, where he denied accusations mostly by electricity distribution companies and some Nigerians that it had lost its independence to the ministry of power and the federal government.

The Discos made such claims following a recent order from the Minister of Power, Works and Housing, Mr. Babatunde Fashola, to the NERC to begin enforcement actions against them for alleged poor performance.

But Momoh said, “I am not here to discuss what they said NERC has not done. NERC has a mandate and that is to set rules and make sure they are enforced. It is also to make sure customers’ needs are taken care of and investors are encouraged to do business and make sure they don’t do whatever you like.

“We have rules that will sanction them, and enforce our rules but with human face. We bring all parties together and ask what can be done to resolve problems that are going on between customers and Discos. We have a process of carrying out our responsibilities.”

He further stated, “Yes, the minister has spoken, he has given directives in terms of what we know we are to do, and we know what we have to do. We are actually carrying out what he mentioned but we are taking a step-by-step approach.

“We do not compromise but we are given a task to facilitate energy delivery. The Discos have a lot of problems and we are facilitating for them to solve the problem and that does not mean compromise. We are on the side of the customer, and country, we are doing what is called the global good.” 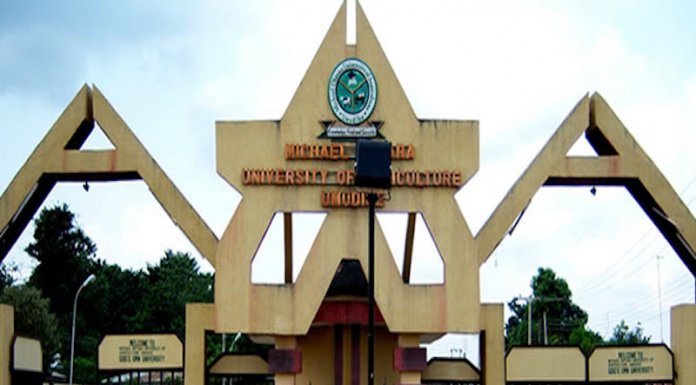