Since the inception of GSM in the Nigerian telecoms space in 2001, the sector has contributed so much to gross domestic product (GDP) and foreign direct investment (FDI), which has led to thousands of direct and indirect jobs created in the sector.

Today the country can boast of five telecoms companies. MTN, Globacom, Airtel, 9mobile and ntel, with several Internet Service Providers (ISPs), coupled with several technology companies that have direct business dealings with the telecoms companies and ISPs. Each of these companies have employed millions of Nigerians and also interfaced indirectly with smaller groups for several business transactions, thus boosting the country’s employment level.

According to industry statistics from the National Bureau of Statistics (NBS), as at the second quarter in 2017, ICT sector contributed over $32 billion in FDI, and telecoms sector alone contributed N1.549 trillion, which is 10 per cent contribution to the country’s Gross Domestic Product (GDP).

These contributions to GDP and the attraction of FDI to Nigeria, were made possible by single individuals and organisations that have worked tirelessly in taking Nigeria to the global map, where she is globally recognised as the fasted growing telecoms market in Africa and the rest of the world, having surpassed 162 million active subscribers in 17 years as at June 2018.

It was for these reasons that the Association of Telecoms Company of Nigeria (ATCON) decided to chronicle the 100 icons of ICT in its book launch.

Specifically, ATCON unveiled 100 leading telecom and ICT personalities in Nigeria, a publication that chronicled the contributions of 100 outstanding individuals and their companies to the growth and development of Nigeria’s telecommunications sector.

The ceremony to unveil the 365-page book took place in Lagos and those that attended were the Minister of Communications Technology, Chief Adebayo Shittu, and the man who piloted the affairs of the industry when the telecom revolution took off, Dr. Ernest Ndukwe.

The first set of heroes of Nigeria’s telecom sector to be recognised in the book were Globacom and its founder, Mike Adenuga Jr. According to the publication, Globacom, since inception has pioneered a long list of innovations, which have helped to shape the high-flying telecommunications sector of the Nigerian economy. Other telecoms operators and individuals were also recognised in the book.

ATCON said its chronicle of developments through key industry players featured in the new book would help to propel the industry to the next level of growth. This is particularly so because the book, which was launched as part of activities marking the 25th Anniversary of the association, featured some major challenges besetting the sector and their solutions as suggested by industry players.

ATCON President, Mr. Olusola Teniola, said the objective of the revolutionary book was to highlight the development that had taken place since the sector was fully deregulated. He said the book would give the incoming generation an opportunity to learn from veterans in the industry.

Teniola said the book acknowledged those whose creativity had attracted both local and international attention to the country’s telecom and ICT industry.

“We are happy as an association that the entire ecosystem of telecom and ICT in Nigeria has grown over the years. ATCON has been in the forefront protecting exiting investments in the telecom and ICT sector, attracting further investment into the sector and advocating for an enabling environment in the Nigerian telecom and ICT ecosystem,” Teniola said.

Minister’s view
Shittu encouraged all the personalities whose contributions have taken telecom to its present position, to do more to motivate and attract more people.

“ICT sector has contributed over $32 billion in Foreign Direct Investment (FDI) in a decade; no industry has done that for the country. In no distant time, we will have forgotten about oil and focus more on ICT to further develop the country,” Shittu said.

Considering how fast the industry is evolving, another book may be necessary in another few years to document the efforts of new catalysts of growth and development.

Until then, Globacom, Airtel and the rest of the heroes celebrated in the current book can bask in well deserved glory for jobs well done, he added.

The 100 icons celebrated by ATCON were drawn from across key industry stakeholders and organisations that have helped to build the sector. Aside recorded successes, their individual and collective challenges were also highlighted in the book.
Notable among the recognised icons and organisations were Globacom, Airtel, MTN among other telecoms operators, including information technology (IT) organisations and experts.

Some of the contributions of Globacom to the telecom sector were highlighted. These include its now famous introduction of per second billing of customers into Nigeria’s telecom lexicon.

That singular act alone was credited with rapid stimulation of competition in the sector, with the concomitant explosion of highly competitive telecom service offerings from the operators who were eager to outdo each other in pleasing consumers. That feat attracted accolades at the time because efforts of telecom consumers to get pre-existing operators to introduce per second billing (PSB) were abortive as the operators said it was not feasible at the time. PSB introduction made it much easier for Nigerians to get value for money by paying only for the exact time spent on calls, the book stated.

The book further documented the fact that Globacom crashed the cost of GSM SIM and tariff from N20,000 and N50 per minute respectively to as low as N200 and 5 kobo per second, thus helping to aggressively boost telephone penetration in the country.

The book also documented Globacom as the first and the only operator so far with a wholly-owned submarine cable, Glo-1, linking Europe and America to West Africa to ensure the availability of bandwidth to enterprise customers in West Africa. It was the first to launch 4G-LTE network in 33 cities in Nigeria in 2016.

The operator provides a range of data connectivity solutions ranging from simple mobile broadband products to complex managed networking IT solutions. The company delivers the connectivity needs of large wholesale carriers and medium to large businesses in Nigeria and West Africa.

The book also featured Airtel and recognised it as one of the earliest telecom operators that first rolled out telecoms services in the country, followed by MTN two days later, and Globacom, two years later. Various other players whose activities have helped to shape the telecom industry, were also recognised.

The review
The 365 pages book with the title: ‘100 Leading Telecom and ICT Personalities in Nigeria,’ was published by ATCON and reviewed by corporate communications professional, researcher and writer, Mr. Elvis Eromosele.
According to him, the first thing that strikes one about the book is the attractive cover design and slick neat finishing.

“One thing that all the celebrated icons acknowledge is that there are challenges in the industry. They are quick to point out the fact that these challenges are also opportunities. And the best part, they offered viable solutions to tackle or else resolve the more pressing issues,” Eromosele said.

According to him, some of the challenges include difficulty in accessing long term funds for the industry, just as they called on the government to establish an ICT Bank in the mould of the Agricultural Bank.

“Others were on Right of Way, as they urged states to install road ducts on a build-and-lease basis. They emphasised the need to set agreed realistic billing scheduled for usage. The issue of multiple taxation was not left out as they called for the harmonisation of taxes and levies to make it uniform across every state and locality,” Eromosele said. 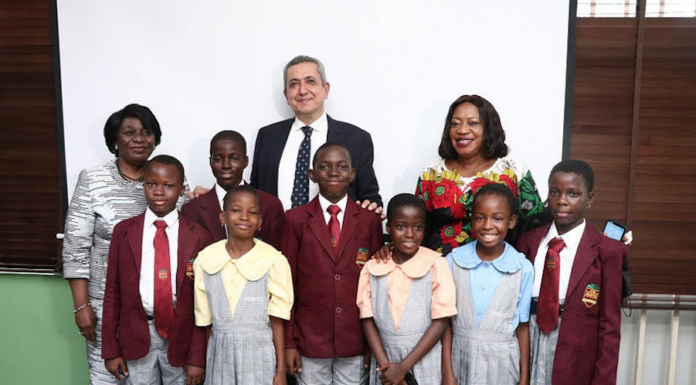