The All Progressives Congress (APC) has drawn the attention of the Independent National Electoral Commission (INEC) and security agencies to an alleged open threat by the Peoples Democratic Party (PDP) to rig the forthcoming Osun State governorship election, and urged its members to ensure that the opposition party does not rig the election.
However, the PDP has reiterated that no amount of threats or smear campaign would make it buckle on its resolve to contend with the APC and dismantle its rigging machine in all future elections, including the Osun State gubernatorial election.

The main opposition party has also blamed President Muhammadu Buhari and the APC for poor economic management which led to the accumulation of a whooping N22 trillion national debt.

In a statement issued wednesday by the acting National Publicity Secretary of APC, Yekini Nabene, the ruling party alleged that the PDP had last Tuesday vowed to deploy all ‘means, schemes, shenanigans in all ramification and magnitude’ to rig all coming elections, starting from the Osun State governorship election.

The ruling party said the PDP also ‘directed all its presidential aspirants to move all their political machinery into Osun State within this period.

“The PDP public rigging plan is a red flag that requires urgent probe by INEC and relevant security agencies. We also call on well-meaning Nigerians and civil society organisations to speak out and resist the PDP retrogressive plan, which threatens our democracy,” the party said.

APC said it was shocked to learn of the threat by the PDP, adding that “we initially doubted its veracity and dismissed it as one of the fake news in circulation, until further checks backed by media reports confirmed the statement was indeed issued by the PDP national spokesman, Kola Ologbondiyan.

The ruling party added: “The PDP statement last Tuesday is particularly worrisome because it coincided with the situation field report we received of the PDP cloning Permanent Voters Cards (PVCs) for use in the Osun State governorship election.

“Perhaps the PDP needs to be reminded that our democracy is maturing and its crude election rigging methods such as ballot box snatching (recently displayed during last weekend by-election in Kogi State), announcement of concocted election results and other anomalies are no longer acceptable in our elections.

“We are confident that the good people of Osun State will resist the PDP deployment to take over Osun State by force. The people’s will and vote are supreme. It must be respected and defended. That is democratic, progressive and the right thing.”

But in a swift response, the main opposition party has vowed that no amount of threats or smear campaign would make it buckle on its resolve to contend with the APC and dismantle its rigging machinery in all future elections.

The PDP added that it remains law- abiding and would never engage in rigging, but will “with all efficiency, dismantle the APC rigging machine and ensure a free and fair election using all means available to members as free citizens of Nigeria.”

It said the APC had already admitted in its statement yesterday that it had been engaged in rigging of elections, sponsoring of violence, ballot snatching and announcing of fake result.

In a statement issued by Ologbondiyan, the party said: “It is a settled fact that though truth can be suppressed for a season, it will always have a way of showing itself to the light.

“The APC, in its own statement, has owned up to electoral contrivances and openly admitted that it blatantly rigged last Saturday’s National Assembly bye-election where results were altered in its favour, ballot boxes were snatched, Nigerians were harassed, intimidated and even killed.

“The APC in its own words alluded to ‘crude election rigging methods such as ballot snatching and announcement of concocted election results’ which it confirmed as ‘recently displayed during last weekend bye-election in Kogi state’, where it was illegally declared winner,” it said.

The PDP said apart from admitting their guilt of electoral malfeasance, APC has demanded a probe into the opposition party’s move to dismantle their rigging machine.

“We welcome this demand and further request that the probe should be done in the open so that we can expose APC rigging machine for the world to see.

“Such probe will also provide the PDP our long awaited opportunity to expose the compromised INEC officials, security agents and agencies as well as fake observers used by the APC to rig elections. The PDP will show evidence of how the APC deployed thugs to unleash violence; used security forces to intimidate, arrest and detain PDP supporters; the cancellation and alteration of results where PDP won; allocation of fake results for the APC and outright declaration of concocted results to suit the whims of APC.
“The PDP has all the facts and will never allow them to play out again.

On the issue of the Osun State governorship election, the PDP maintained that it will not allow the APC to freely use its Ekiti and Edo States’ rigging templates to manipulate the process to its favour.

“No amount of propaganda and distortion of our statement will deter the PDP from its stand to confront and resist the APC, head to head and ensure that only the will of the people prevail”.

The main opposition party has also blamed President Muhammadu Buhari and the APC for poor economic management which led to the accumulation of a whooping N22 trillion national debt.

According to the PDP, Buhari’s poor understanding of current global economic dynamics and his cover of humongous corruption in his Presidency have completely wrecked the country and directly responsible for the accumulated N22 trillion national debt burden.

PDP asked the President Buhari to take responsibility for the escalated debt, stop offering excuses and get ready to accept defeat and quit the stage in 2019.

Ologbondiyan said in a separate statement that since President Buhari assumed office and took control of the country’s once robust economy, “his administration has not been able to articulate any germane policy to sustain, let alone, grow the economy, but had instead, resorted to borrowing, while allowing his cronies and APC leaders to fritter away trillions of naira earned by the nation in the last three years”

“Why would the Buhari administration not accumulate debts when it has continued to cover up corrupt practices under its watch, including the alleged stealing of N9 trillion, through underhand oil contracts in the NNPC and Ministry of Petroleum Resources as well as the alleged illegal lifting of crude oil worth N1.1 trillion by 18 unregistered companies to service APC interests, among others.

“Moreover, the Buhari Presidency has refused to explain the whereabouts of trillions of naira unremitted oil revenue, resulting in the deadlock at the Federal Accounts Allocation Committee (FAAC),”’ it said. 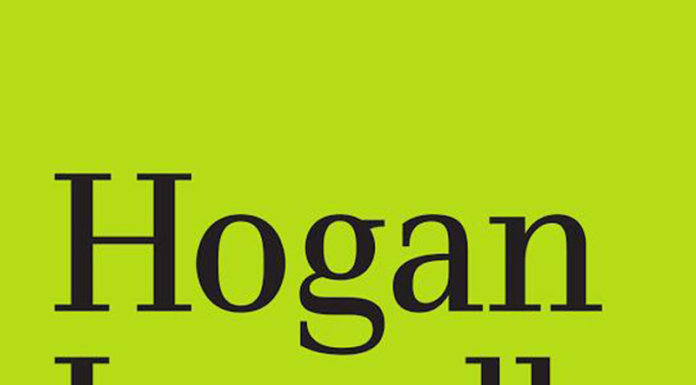