The listing of Notore Chemical Industries Plc on the Nigerian Stock Exchange offers investors an opportunity to buy into a company with huge potential to deliver significant returns, writes Goddy Egene

Investors in the equities market always search for stocks that have good prospects and the potential to deliver significant returns on their investments. One of the ways to identify such stocks is the industry they operate and the capacity and ability of the company to deliver on all the financial parameters that will eventually lead to positive returns.

The company is a leading producer of fertiliser products traded locally and exported to West Africa, Southern Africa and Europe. Given the efforts of the federal government to diversify the economy with much focus on agriculture, companies operating in the agro-allied space have huge headroom for growth.

Hence, Notore with a good management and business strategy is one any investor looking for significant future returns must not ignore. It is for this reason many investors see Notore as a future stock.
Speaking recently at the listing of the company’s stock on the NSE, Group Managing Director/CEO of Notore, Mr. Onajite Okoloko said formerly known as O-Secul Fertilizer Company Limited, the company was established in 2005 to acquire the core assets of the National Fertilizer Company of Nigeria (NAFCON).

“Our core business is the production and sale of fertilizer products, which is traded locally in Nigeria and exported to West Africa, Southern Africa and Europe. Our key strength lies in our huge potential to diversify our revenues due to our favourable location within a prolific gas hub and access to a jetty, which guarantees easy export of any products manufactured in the facility,” he said.
According to him, Notore is the only urea producer in sub-Saharan Africa with control over gas supply and has a vast distribution network in the local Nigerian market.

“Notore sells 75 per cent of its urea fertiliser locally and exports 25 per cent to leading international traders such as Helm Ag, Ameropa and Yara. Notore is a licenced independent power producer, which generates electricity for use in the fertilier plant and residential estate, with excess capacity available for sale to nearby off-takers. The power plant has a total capacity of 50 megawatts (MW) with own use requirements of between 8-13MW,” he said.

He explained that the company was listed on the exchange to support the Nigerian government’s effort to deepen the capital markets, improve liquidity and tradability of the company’s shares, and increase its visibility and credibility in the Nigerian market and beyond.
“The listing will also increase access to capital in order to fund the company’s future growth initiatives and grant Nigerians the opportunity to participate in Notore’s growth history,” he said.

Last week, Notore released its unaudited results for the nine months ended June 30, 2018. It recorded revenue of N20.584 billion, down by 20.3 per cent compared with N25.834 billion recorded in the corresponding period of 2017. However, gross profit rose 14.2 per cent from N7.114 billion to N8.161 billion. This was driven by an exceptional item valued at N3.91 billion, which reduced the cost of sales. The exceptional item was in respect of the Export Expansion Grant confirmed receivable from the Federal Government of Nigeria on the cumulative export sales made by Notore between 2011 and 2016.

Notore’s cost of sales is well within its control. Natural gas accounts for approximately 80 per cent of the cost of sales of urea fertilizer and Notore benefits from a 20-year fixed Gas Supply and Purchase Agreement priced at US$1.50/mmbtu, which was signed in March 2016.
The company also reported earnings before interest taxation, depreciation and amortisation (EBITDA) margin of 47.54 per cent, up from 39.04 per cent in 2017.

According to the company, its EBITDA of N9.79 billion for the period under review, was 2.96 per cent lower, which was driven by a 34.02 per cent increase in operating expenses as a result of an increase in administrative expenses – partly due to increase in employee benefits during the period, as well as selling and distribution expenses to promote local sales during the off-planting season.

Commenting on the results, Okoloko said, “Notore recorded N20.58 billion in revenue in the nine-month period under review. Though representing a 20.32 per cent decline to prior year revenue, this was largely due to sub-optimal capacity utilisation of the existing plant.
“We have now secured funding to carry out the required turn-around maintenance (TAM) programme of the plant, which is expected to be completed by the third quarter of 2019. This will enable the plant produce urea at its nameplate capacity of 1,500 mtpd, significantly above the 53 per cent average capacity utilisation in the nine-month period to June 2018.
“We expect that the plant’s capacity utilisation will increase to a minimum of 90 per cent after the TAM, positively impacting revenue on a like-for-like basis.”
According to him, Notore has extensive local and international distribution channels, which guarantee that the company sells all the fertiliser it produces.

“In addition to being the leading player in the fertilizer industry in Nigeria, and leveraging the inherent growth within agriculture, Notore’s key strength lies in its significant potential to significantly expand its operations and diversify its revenues due to its favourable location within a prolific gas hub and access to a jetty, which guarantees easy export of any products manufactured in the facility.

The Brownfield status of the plant and available land mass creates expansion opportunities with reduced construction cost and risk. Our recent listing by introduction on the NSE provides access to an expanded capital pool to drive the company’s strategic growth objectives,” he said.

He said Notore secured approval for a $37 million facility to fund its TAM programme, including the acquisition and installation of back-up power supply and critical plant spares. He noted that the TAM is aimed at restoring the daily production capacity of the company to its 1,500 mtpd design production capacity, adding that Notore is expected to have an incremental production of approximately 150,000mt annually over its current average annual production of 300,000mt.

Given that Nigerian fertiliser demand was robust and Notore was able to sell all that it produced locally during the nine-month period under review, the company undoubtedly has a bright outlook. This is bolstered by the fact that demand is expected to continue to grow because of the federal government’s agenda to use agriculture as one of the key sectors to diversify the Nigerian economy.

Going forward, the dynamics for the fertiliser industry remains quite favourable because with about 34 million hectares of arable land, Nigeria requires a minimum of seven million metric tonnes of NPK & urea fertilisers annually.

Add to this, the fast-growing cash crop segment with a minimum 1.2 million MT annual demand of crop specialty blends locally. There is equally rising importation of fertilisers by neighbouring West African markets from Nigeria (estimated at approximately 500,000 MT annually).

To ensure the sustainability of its revenue model, Notore has well-developed and structured commercial capabilities. These include fully automated field sales teams driving end-to-end demand generation and fulfilment across over 700 local government areas in Nigeria. In addition, about 40 redistribution vans traverse over 2,000 rural farming communities, building distribution footprints and enhancing faster farmer accessibility to Notore products.

Notore also leverages on over 6,000 direct and indirect extension service staff embedded in rural farming communities driving farming awareness on modern best practice and inputs application to enhance fertilizer adoption. Other commercial capabilities that make Notore stand out comprise a network of 58 commercial farms and off-takers delivering 10-15 per cent of annual sales, as well as the effective collaboration with foremost non-government organisations, donor agencies and key government agencies and parastatals to improve economic conditions for smallholder farmers across the Nigeria.

Add to this the company’s key competitive advantages such as access to a reliable abundant gas field just 14km away from Notore’s facilities, ownership of a dedicated private jetty with direct port status for exports and imports at its convenience, and reasonable/controlled logistics cost. The company also has a Free Zone Developer Status with its attendant tax incentives specifically for export-oriented businesses.
In all, Notore is very well positioned to maintain its leadership in the agro-allied and chemical industries space within Nigeria in the long term. 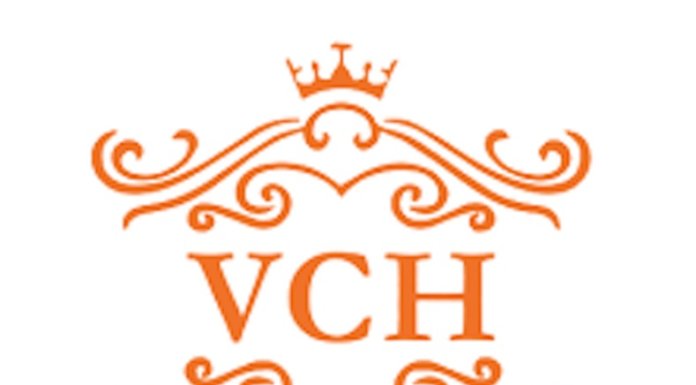