Tuodolo, who is currently the Special Adviser to Bayelsa State Governor, Seriake Dickson, plans to contest under the platform of the Peoples Democratic Party (PDP) to take over from Mr. Nicholas Mutu, who has been in the lower house for almost 20 years.

Yesterday’s declaration coincided with a protest march against the incumbent, Mutu, in Bomadi, a border town between Delta and Bayelsa States, during which the youths told their representative that the seat was not to be held for life.

They insisted that the constituency was fed up with his sit-tight syndrome, noting that children born when Mutu got his first term are now in the university.

He added that he sacrificed to serve Ijaw land in several capacities, stressing that when there were problems in the Niger Delta, he was one of those called upon by the Musa Yar’Adua-led federal government to design a programme to resolve youths restiveness.

He said one of such programmes gave birth to the Presidential Amnesty Programme, which according to him, had succeeded in dousing tension in the region as many of the youths had been empowered.

“I started as an environmentalist. I led demonstration in Rivers State University of Science and Technology before the creation of Bayelsa State to push for environmental protection of the Niger Delta.

“I was elected President of IYC and because of the aspirations of the group, the government started paying attention to the issues of the region.

“As for our constituency, we have kept quiet for so long. We want our voice to be heard. We want our youths to be empowered. I have done it before and I will do it again for Bomadi/Patani federal constituency,” he said.
In his comments, the Chairman, Bomadi PDP, Mr. Prince Opofeni, commended Tuodolo for signifying his intention to run, saying that there is level-playing field for all contestants in the party.

According to him, as a result of Tuodolo’s struggles and contributions, the people of the Niger Delta today have interventionist agencies like the Niger Delta Development Commission, the Ministry of Niger Delta and the likes.
Mr. Kennedy Tonjo-West, another Niger Delta activist, expressed optimism that Tuodolo had the pedigree to represent his constituency effectively.

“Tuodolo has been the voice of the Ijaws. So, putting somebody like Tuodolo will also advance the Ijaw struggle to the national sphere and beyond. We are not saying that our brothers are not there, we are saying that they are not vocal enough itemising our problems and tackling it headlong with the federal government.

“And the incumbent has been there for 20 years, there is no growth, his ideas has fizzled out and no new ideas. If the people who are protesting say they have no voice at the House, I agree with them,” he maintained. 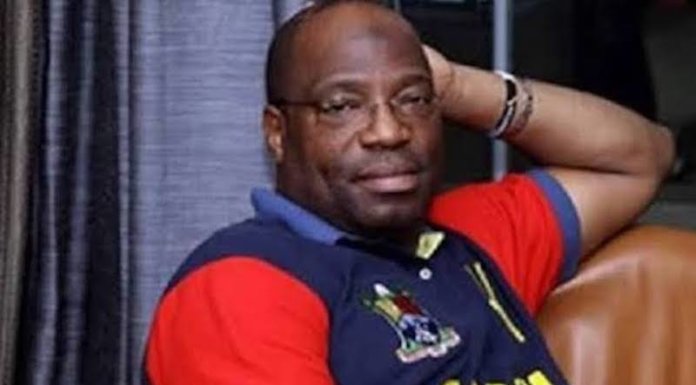