After years of waiting and hoping, the people of Isieketa in Isiala Ngwa South Local Government Area of Abia State would finally get good road as the 5.5kilometres rural road has been inaugurated following the intervention of the Niger Delta Development Commission (NDDC).

The Isieketa-Mbawsi road which was attracted by the state leader of the All Progressives Grand Alliance (APGA), Mr. Alex Otti, was inaugurated by the Special Adviser to the President on Media and Publicity, Mr. Femi Adesina, and witnessed by many dignitaries.

It was indeed double celebration for the rural folks as the inauguration of the road coincided with the 60th birthday celebration and 19th coronation anniversary of the traditional ruler of Isieketa community, Eze Nelson Nmerengwa.

The people trooped out in their large numbers, accompanied by several traditional rulers in Isiala Ngwa South as well as Otti, who initiated the road project in 2017 and got the NDDC to award the contract for its construction.

Expressing the appreciation of his people to Otti, who was the gubernatorial candidate of APGA in 2015, the royal father blessed him “for wiping out the tears of his community,” which hitherto had never seen such generosity, adding that the former bank boss remains a worthy and reliable friend who has consistently shown him love.

Eze Nmerengwa also expressed joy on the quality of the road project and lauded President Muhanmadu Buhari and his Media Adviser, Adesina, for that noble gesture. The royal father conferred a chieftaincy title of Ugomba (source of pride) on Adesina

In his remarks, Otti said he was humbled by the unbridled joy, excitement and gratitude expressed by the people of the community, noting that the road construction was made possible because of his good relationship with his friends in power. He therefore thanked the president and his aide, Adesina, for their roles in making it possible for the project to be realised.

He said more dividends of democracy are coming to the community as he sent the crowd into wild jubilation when he told the people that another 12.5 kilometres road project leading to Mbawsi and which would extend to Isiala Ngwa North shall commence in the next few weeks. 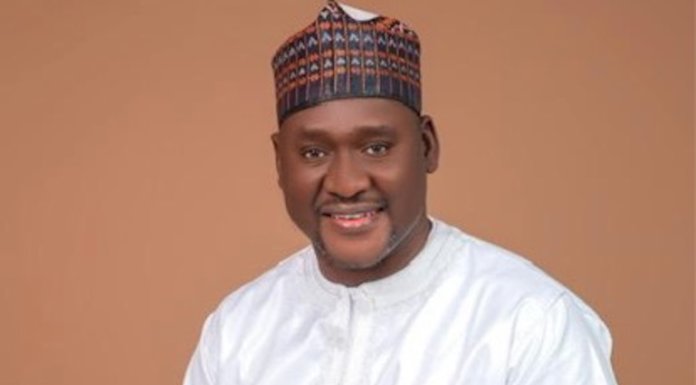