The Minister of Information and Culture, Alhaji Lai Mohammed, has called for unity, sacrifice and commitment from all stakeholders in order to put Kwara State on the path of good governance and also win the state for President Muhammadu Buhari in the 2019 elections.

The minister, who made the call at a stakeholders’ meeting organised by the Congress of Kwara Progressives in Ilorin on Thursday, said the time was ripe for the people of Kwara to take back their state from plunderers.

”What an auspicious time for all of us! Never before have we had a great opportunity like we have now to take our state back from the rapacious few, who have held the state by the jugular and prevented it from meeting the hopes and aspirations of its people.

”From my consultations with key stakeholders so far, I can say, categorically, that Kwarans have all resolved to take their destiny into their own hands and take back what rightly belongs to them. This is unprecedented in the history of our state, and we must not waste this opportunity,” he charged

Alhaji Mohammed stressed the need for unity on the part of the people, saying ”if we all remain united, we can’t and we won’t lose the looming battle for the survival of our dear state. All that is required is for us all to subordinate our individual ambitions to the collective efforts to wrest our state from the hegemony of one man and his cohorts”.

He said that, on his part, he won’t be running for any office during the forthcoming elections, adding: ”For me, it is not about any clamour for office. It is about working with all like minds for the greater benefit of our people.”

The minister warned that the battle ahead would not be easy, and that those who are opposed to change in the state will deploy all strategies, including blackmail, to retain their stranglehold on power

”Make no mistake about it, the battle ahead will be tough. No one with power will ever give it up easily. But the power of the people supersedes all powers. That’s why I am delighted, and indeed encouraged, that the good people of our state, whether from the North, South or Central, are all united in their singular determination to rescue their state from the grinding poverty, monumental misgovernance and the general state of funk that has enveloped it,” he said.

Alhaji Mohammed said it is a mere blackmail to say he does not like the people of Ilorin, and went ahead to enumerate his antecedents, which include actively supporting an Ilorin indigene for governor in 2011.

He assured that under the new dispensation in the state, every Kwaran counts and will have a voice, saying: ”The resources of Kwara will be used for the development of the state and its people. Never again will our people be turned to panhandlers, never again will our people be made to eat crumbs from the master’s table. We must become the masters of our own destiny.”

editor - December 2, 2020 11:36 pm
7
By Olusegun Adeniyi There is no worse position for a leader than when ardent supporters and implacable opponents sing from the same hymn book. That... 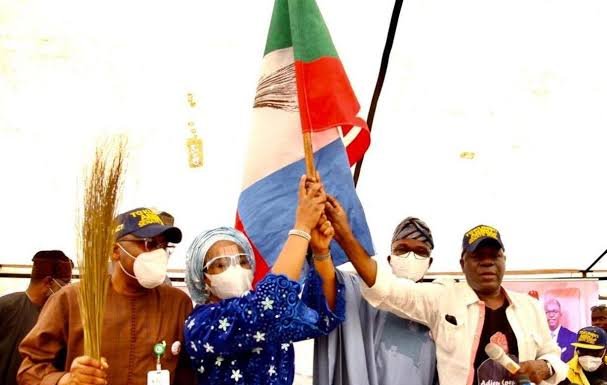