The Chairman of the Independent National Electoral Commission (INEC), Mahmood Yakubu, has predicted that Nigerian youths, with their population, could determine the outcome of the 2019 general election.

Speaking during a courtesy visit to the management of Bayero University, Kano (BUK), which hosted the INEC Youth Votes Count Campus Outreach Initiative yesterday, Yakubu revealed that judging from the figures emanating from the on-going Continuous Voter Registration (CVR) exercise, coupled the voting pattern noticed in the 2015 general elections, Nigerian youth currently constitute a sizeable percentage of the total population of registered voters that could be a game changer in the 2019 polls.
He averred that since the commencement of the CVR exercise in April 2017, the commission has registered close to 11 million Nigerians.

His words: “By the time we suspend the CVR exercise on August 17, the number of registered voters will be well over 11 million. If we add this to the existing Voter Register of 70 million, and by the time we go into the 2019 general elections, we would have had over 80 million voters.”

He continued: “From what we are seeing so far (in the ongoing CVR), 2019 is going to be the year of the youth. Quite a large number of those that have registered to vote are the youth, meaning the young boys and girls between the ages of 18 and 35. When we did the analysis of the 2015 presidential election results, the youth also played a very important role.

“So, we are here (Bayero University) to continue to encourage them. We have already announced the date for the suspension of the CVR, which is August 17th. We have been registering eligible Nigerians for the last 16 months (since April 27, 2017).
On the Osun State governorship election, Yakubu said that 48 political parties were fielding a record number of 48 candidates for one position, the highest so far in any governorship election conducted by INEC in the country.

The INEC chairman also revealed that since the 2015 general elections, the commission had conducted elections into 182 constituencies. “These elections have helped us to improve our processes and sharpen our skills.”

He thanked the management of the university for producing the kind of workforce the commission needs for election duties, adding that INEC has been benefitting from BUK’s pool of staff members who had served as Returning and Collation officers.

Responding, the Vice Chancellor of the institution, Mohammed Bello, said:
“We want to thank you for choosing our university for the zonal engagement event. It shows the confidence you have in us and I assure you that we will do whatever we can to give you support on this.”

The task before you is a herculean one. But in addition to the foundation laid by Attahiru Jega, anyone that knows you and has seen the difference you have been making where you are, would know that you are up to the task.

“Where you served at TETFUND (Tertiary Education Trust Fund) or ETF (Education Trust Fund) as it used to be before coming to INEC, you also revolutionized the place completely. TEFUND used to be an appendix, maybe when one or two institutions receive some interventions. But when you became the Executive Secretary of the then ETF, you undertook a task that I would have thought was impossible – changing not only the name but also the focus, from ETF to TETFUND, and making significant impact on the university system.

“We shall do our best to help you. Let me use this opportunity to express our appreciation to you for what you did for this University (BUK) during your earlier calling. “

The INEC Youth Votes Count Campus initiative, which took place on August 7 at the BUK, is being sponsored by the European Union (EU). It is the third in the series, having been held at the Universities of Abuja and Lagos. It is designed to encourage the youth, particularly university students to register, collect their Permanent Voter’s Card, vote in the 2019 general elections and continue to participate in the electoral process.

The INEC Ambassadors who appeared at the programme include Yakubu Mohammed El Yakub, Nafisat Abdullahi (both actors), Korede Bello (musician) and Gimba Umar (a journalist with Channels Television). 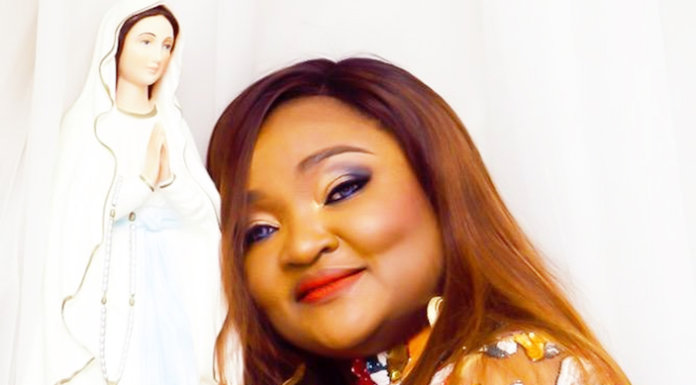